Hawthorn have cautioned Alastair Clarkson about not violating his contractual obligations to the Hawks – under which he is still owed $450,000 – before the four-time premiership coach takes over as North Melbourne’s senior coach.

Sources familiar with the situation have confirmed that a Hawthorn official contacted Clarkson’s manager, James Henderson, to remind Clarkson that the agreement between the coach and the club barred him from poaching staff, players, or sponsors, in what was clearly a shot across the coach’s bow. 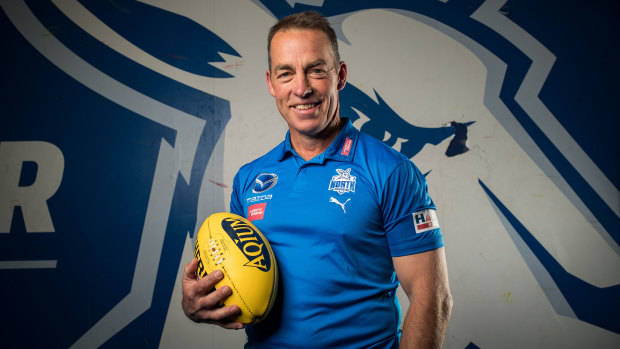 Clarkson is due to be paid about $450,000 – the second tranche of his $900,000 payout for his 2022 contract with Hawthorn – but the money is not to be paid until early or mid-November, after Clarkson has assumed his duties as North Melbourne coach.

Sources suggested that the phone call to Henderson – from Hawthorn’s head of legal, risk and integrity, ex-player Nick Holland – was prompted in-part by Clarkson wearing North Melbourne gear, with his new club’s major sponsor Mazda on the polo shirt, at the media conference announcing his appointment. 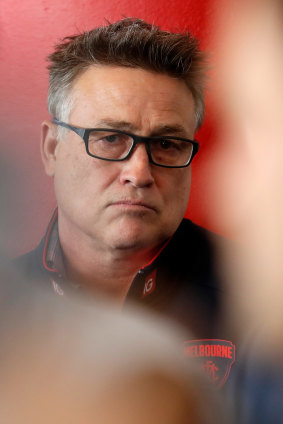 While it is plain to all within football that Clarkson is already influential in North’s football planning – having had his lieutenant and friend Todd Viney join the Kangaroos, and with the coach contacting a raft of players from other clubs – the severance agreement with Hawthorn has clauses that essentially prevent him from chasing Hawthorn staff, players and sponsors.

The Hawks, however, did not object to North Melbourne hiring ex-Hawthorn football official Cam Matthews in an upgraded role at North Melbourne, despite the obvious connection to Clarkson.

Clarkson also still has possession of a Nissan, a Hawks sponsor, as part of his employment conditions with Hawthorn. He is not due to start work at North Melbourne until November 1, a start date that was forced by his arrangement with Hawthorn, with the agreement with the Hawks in place until October 31.

The extent to which Hawthorn could enforce those contractual conditions on Clarkson, before he starts work at Arden Street, is debatable, given that North Melbourne could hire people – or recruit players – from Hawthorn in a way that is technically independent of Clarkson, even if he had relationships with those people.

Sources suggest that Hawthorn was acting, to some degree, to keep Clarkson away from their players and/or staff, knowing that he was still owed half of his payout, and that the driven coach has a track record of pursuing people he knows and rates highly, such as Viney. 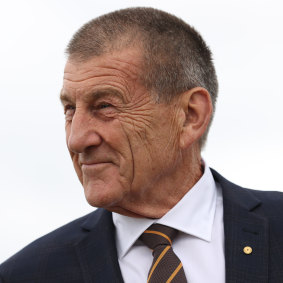 Hawthorn owed Clarkson $900,000 as a result of the coach leaving the club with a year on his contract, with the parties agreeing to split the payout into two tranches, paid 12 months apart.

Sources said the AFL allowed Hawthorn to spread the payout into three lots of $300,000 – meaning that the Hawks will still be counting a third of Clarkson’s deal in the 2023 soft cap on football spending. The league permitted Hawthorn to spread the payout over three years, rather than one or two, in recognition that Clarkson signed a pre-pandemic contract, before the soft cap was crunched from $9.7m to (initially) $6.2m (it will be about $7m, not counting exemptions, in 2023).

The caution about Clarkson’s contractual obligations to the Hawks is arguably another instance of the fierce coach’s sometimes turbulent relationship with the club’s no less forceful president Jeff Kennett, who is stepping down from the presidency at the end of this year. Kennett strongly backed the coaching succession to Sam Mitchell, and then the fast-tracking of the handover when all parties decided it was problematic to have Clarkson coaching in 2022 with Mitchell in the wings and appointed for the long term.