Aboriginal football media and TV personality Shelley Ware, a proud Yankanjatjara and Wirangu woman, said she felt echoes of the Stolen Generation after the revelation of allegations about how Hawthorn officials treated Indigenous players and their families, including one player and his partner allegedly being pressured to terminate a pregnancy.

“It’s unforgivable. If the allegations are true, in my mind, it’s genuinely unforgivable,” Ware told The Age. 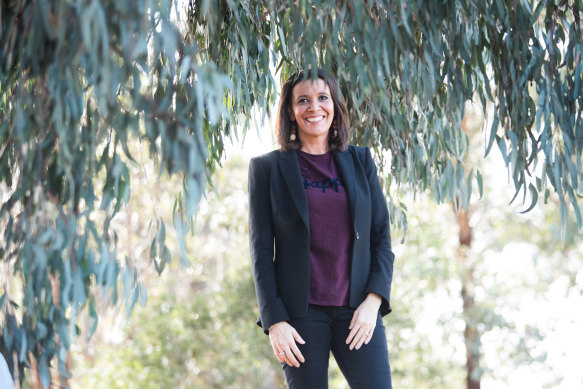 “Someone equated it to the actions of the Stolen Generation, and it’s the same feeling I have when I think about the Stolen Generation of children being taken away from their parents … I literally can’t understand how they were feeling. I try to fathom it, but I can’t process that internally within myself.

The allegations came from a report stemming from an external Hawthorn review by First Nations consultants, initially published by the ABC. Other allegations included that former club officials had caused some First Nations players to split from their partners and live separately to their families.

Alastair Clarkson, then the coach of Hawthorn and the incoming North Melbourne coach, and Brisbane Lions coach Chris Fagan, who worked at the Hawks at the time, were named in the allegations made by Indigenous players, but were not interviewed as part of the report. They have strenuously denied the allegations and have taken leave from their positions to co-operate with the independent AFL investigation.

Ware said she was particularly shattered for the families involved and the woman who was allegedly placed in that situation when at her most vulnerable state during pregnancy.

“We protect women who are pregnant, we’ve got years of knowledge on how a woman should be nurtured and cared for and loved during their pregnancy and to have these alleged things come out, how women were put under stress and told to terminate pregnancies … to hear a woman had gone through that, you know, I’ve been a mother myself and in every moment of your day is about that child that is growing within you, and to have that outside stress, and to have those terrible things allegedly demanded of you, I can’t even imagine what stress was put on the women’s bodies and their babies.

Ware, who has worked across football television and radio in Australia for over 20 years including as a host on Marngrook Footy Show, says she hopes that players who are in or who have been in the AFL system feel they can also share their stories.

“For the players that have been through the system and never thought they had a voice, I hope that also this brings out other people to have the courage to say, ‘Hey, this happened to me too’ … I hope we don’t have other people that have been in this situation, but you know, to say ‘during my time I was treated this way, I would like you to hear my story’,” said Ware.

Ware says it’s also important for the football community to show support for the families.

“We don’t know who they are, but we need to show them in the way that we react to everything that we genuinely have them and we’re sorry … we’re sorry for what they went through … I’m genuinely heartbroken and sorry for them and I wish that they didn’t have to go through this,” said Ware.

Ware said if the allegations are proven to be true, there would need to be severe consequences to help break the cycle of systematic and structural racism within the AFL.

“We’ve seen time and time again not enough consequences … Mathew Stokes wrote in his article yesterday a list of things that have happened to Aboriginal people within the AFL and I can’t match up the consequences to that list,” said Ware.

“They’re not strong enough. They’re just simply not there … The message has to be said, has to be sent to the football community and to the Australian community that this is not OK. This is not how we treat people.”