‘He’s the best player I’ve worked with in every facet of the game’: Saracens and England hooker Jamie George hails fit-again Owen Farrell as one of the all-time greats

As a veteran of two Lions tours, Jamie George has worked with the finest British and Irish players of his generation, but he has hailed Owen Farrell as the best of the lot — and an all-time great.

England’s hooker was in the Saracens side who swept aside arch-rivals Exeter at StoneX Stadium on Sunday, in a Premiership match dominated by Farrell.

The national captain delivered a majestic man-of-the-match showing at fly-half, to emphatically confirm his recovery from back-to-back ankle injuries which ruled him out of the Six Nations. 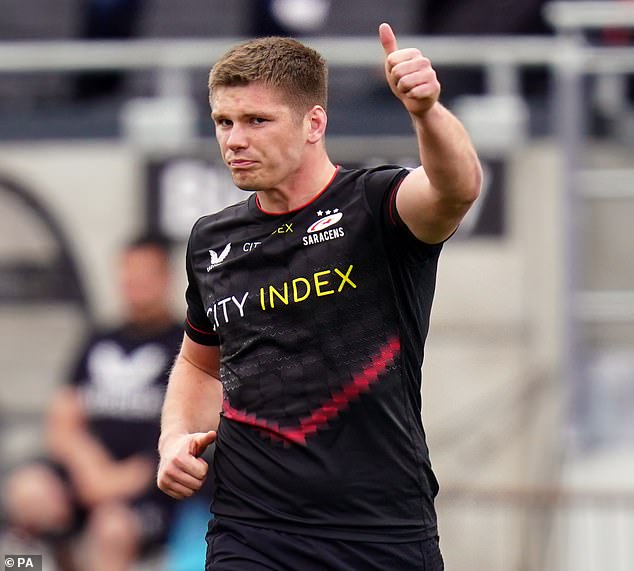 Farrell’s all-court contribution suggested he is reaching a level of form beyond anything he has produced for a long time.

But George said his exploits were merely a resumption of normal service. His tribute was lavish and profound. ‘Owen is one of the best players that has ever played the game,’ he said. ‘Some of the criticism he gets, I can never get my head around. Come down to Saracens every week and watch him play — he’s the reason we’ve won as much as we have.’

Asked how he drives on his team-mates, George added: ‘With his voice, his actions and the way he prepares in the week. I can’t speak highly enough of him. 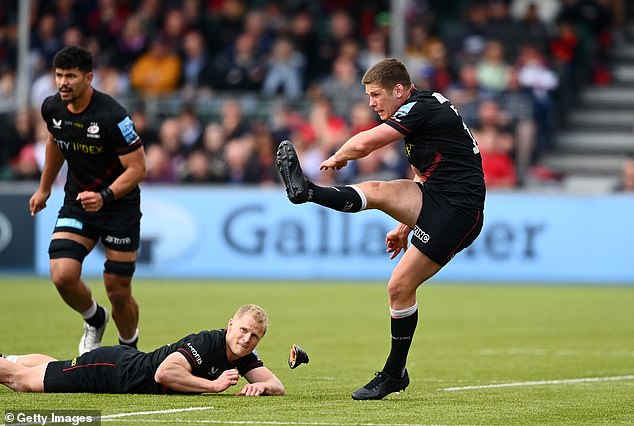 ‘He’s the best player I’ve worked with in every facet of the game. When he was injured, he turned into our head coach, he’s that good. He’s so important to this team, on and off the field.’

Much is made of how vocal Farrell is during matches — imploring those around him to maintain their intensity. It provides a noisy but welcome soundtrack for his fellow Saracens. ‘You get used to it,’ said George. ‘Can you imagine playing with him? People hear it on the ref mic, but imagine being next to that when it is happening.

‘It is incredible. Do you know how hard it is to talk when you’re that tired? I talk a lot, but there are times in the game when I think, ‘I can’t do it’. He does it for 80 minutes, non-stop, relentlessly.’ 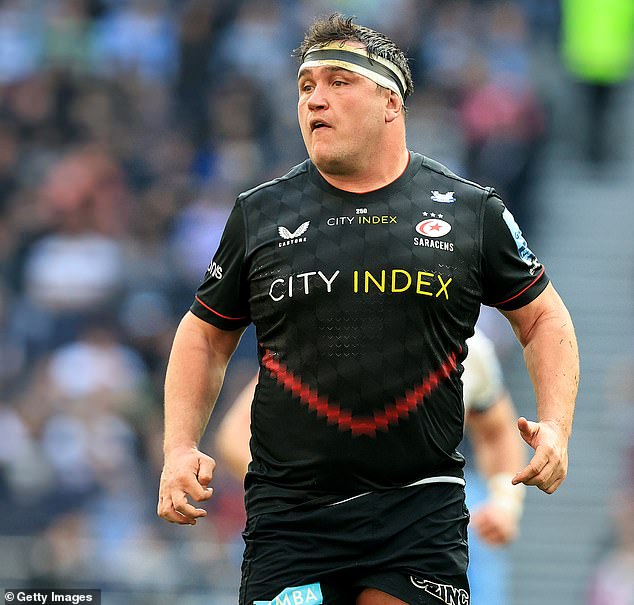 Eddie Jones would have been a satisfied observer and the England head coach is certain to recall Farrell for the tour of Australia — and reinstate him as captain.

His presence would revive the possibility of a 10-12 alliance with Marcus Smith, which was only fleetingly glimpsed in the autumn. If Manu Tuilagi, Henry Slade and Joe Marchant are all fit for the trip Down Under, Jones will have multiple options.

First, Saracens continue their quest to claim the Premiership and European Challenge Cup. ‘We want to win the league and Europe and we have got potential to do that,’ said George.