In today’s AFL briefing, your wrap of daily football news:

Check back throughout the day for updates.

Collingwood’s off-season reshaping continues apace, with the club delisting defender Jack Madgen and wingman Caleb Poulter, while Cooper Murley has been delisted but thrown a lifeline.

Defender Madgen played 49 games, including nine this season, since joining as a category B rookie in 2017. He came from a basketball background, having played for the Cairns Taipans in the National Basketball League, and had an earlier stint at Delta State University.

His 2022 campaign was derailed by injury when he dislocated his shoulder in May, and he later had surgery to repair a fractured thumb. 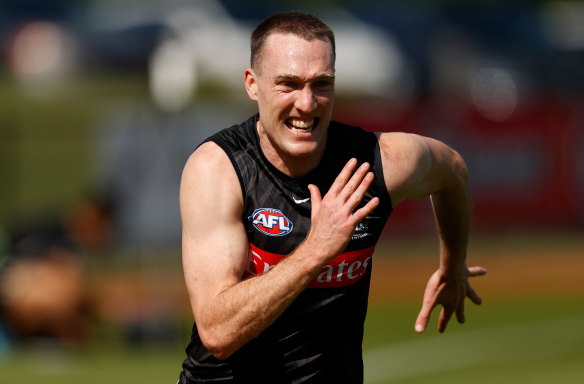 Collingwood have delisted Jack Madgen, the defender having played 49 games since switching from basketball.Credit:AFL Photos

Poulter, a South Australian, had only two years with the Magpies. He was taken with selection 30 in the 2020 national draft. He managed 11 games last season, but only one this season, as Steele Sidebottom and Josh Daicos were the preferred wingmen.

While he had wanted to remain a Magpie, the Gold Coast Suns had shown interest in him late in the season. He could yet keep his AFL dream alive as a delisted free agent.

“‘Madge’ has faced injury challenges this year and his positive attitude and resilience should be commended,” Magpies football boss Graham Wright said.

“Caleb showed potential at AFL level over the past two seasons. He is still in the formative years of his career and has worked hard to develop his craft in the VFL.”

Murley, a midfielder-forward taken with selection 49 in last year’s national draft, was also delisted but has been told by Collingwood he will return via the rookie draft.

However, they lost young forward Ollie Henry, who was traded to Geelong, his club of choice, in a three-way deal that allowed Mitchell to cross to the Pies, while dual best-and-fairest winner Brodie Grundy was traded to Melbourne.

Lawyers representing the widow of former Richmond footballer Shane Tuck have called on the AFL to fund her case in the Coroners Court of Victoria as she seeks an explanation for her husband’s death.

Greg Griffin, counsel for Tuck, said the ongoing case before state coroner John Cain had cost “hundreds of thousands of dollars”, and that was before a potential public inquest, slated for next year, had begun.

Griffin questioned why the AFL was likely to cover the legal costs of the five families involved in racism allegations against Hawthorn, but would not help Tuck in a case that could have major ramifications for the league.

A submission has been put to the AFL that for the five families involved in the Hawks’ racism case to participate in hearings on an equal footing with the accused, the league must cover all legal costs. 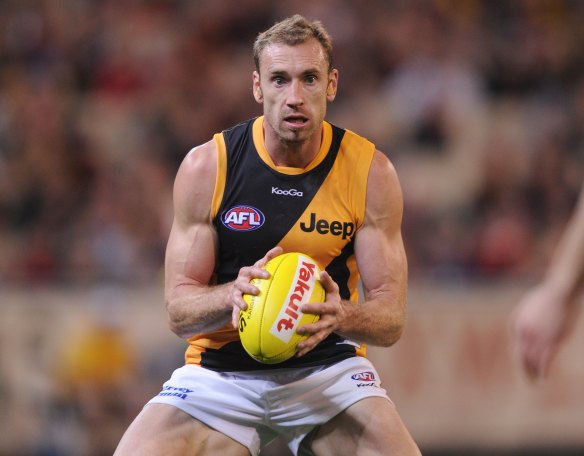 Lawyers representing the family of former Richmond footballer Shane Tuck have called for AFL funding in their case in the Coroner’s Court of Victoria.Credit:Fairfax Media

Tuck died by suicide in 2020, and was posthumously diagnosed with chronic traumatic encephalopathy (CTE), a brain degeneration probably caused by repeated head traumas.

“I made the submission to the AFL that it should state its position, as it is doing for the Hawthorn investigation into Indigenous issues, that it would meet the legal costs of Ms Tuck. The response from senior counsel of the AFL was absolute, that there was no prospect of the AFL funding in any way Ms Tuck’s legal fees,” Griffin told The Age.

“This is after the coroner has set dates aside for what could be a 14-day hearing in the coroners court – a 14-day hearing which does not even address the issues of great concern to the widow, that being who is responsible for the death of Shane Tuck.

“Shane Tuck when he died had stage four CTE. Had he not gone and played for Richmond, he undoubtedly would be alive today.

“I think the AFL is very happy to announce its $4.5 billion broadcast deal, but is completely and utterly opposed to … funding the cost of those who cannot afford to meet their own.

“Having said that, it is prepared to throw whatever funds it needs to at the Hawthorn inquiry, while leaving the widow of Shane Tuck, because she does not play by their rules, to meet her own costs.

“Do you think at the end of this the AFL will build a Shane Tuck concussion centre at Punt Rd? It will not because Kath Tuck dared to know who is responsible for the death of her husband.”

The AFL has been represented in court by Ben Ihle, KC. The league did not wish to comment when contacted.

The Tuck inquest has been delayed as Judge Cain awaits an independent report commissioned by the AFL into the research and medical work of its former concussion adviser Paul McCrory.

Counsel assisting Cain, Gideon Boas, said in court on October 7 that the report was expected to examine matters including the medical advice and treatment players may have received and what guidelines and protocols were in place.

Cain is also awaiting the outcomes of an international concussion conference, to be held in Amsterdam at the end of the month.

However, Cain infuriated the Tuck family and Griffin when he declared last year that he would not use the case to determine the “sins of the past”. Rather, he said his brief was to primarily focus on prevention.

Tuck played 173 games with the Tigers between 2004-13 and had a brief boxing career after he retired. The coronial inquiry is ongoing.

Griffin is also working towards a class action against the AFL for concussion and head-related trauma, and again scoffed at suggestions impacted players would settle should the AFL introduce a multi-million dollar compensation fund. Prominent lawyer Peter Gordon has been tasked by the AFL to examine how a fund would work.

If you or anyone you know needs support call Lifeline on 131 114.