When Harlequins won the Premiership a fortnight ago, fly-half Marcus Smith’s clubmates dedicated a new song to him.

‘Oh, oh, oh he’s magic, you know! Our goose-stepping Filipino!’ Sung to the tune of the 1970s hit by Pilot, it summed up the love they have for their 22-year-old thriller born in Manila.

And that outpouring of joy was back on Saturday as he received his shock Lions call while kicking 18 points during his second England cap at Twickenham. 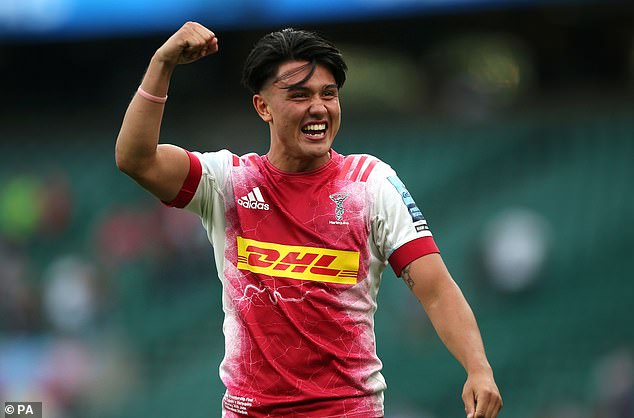 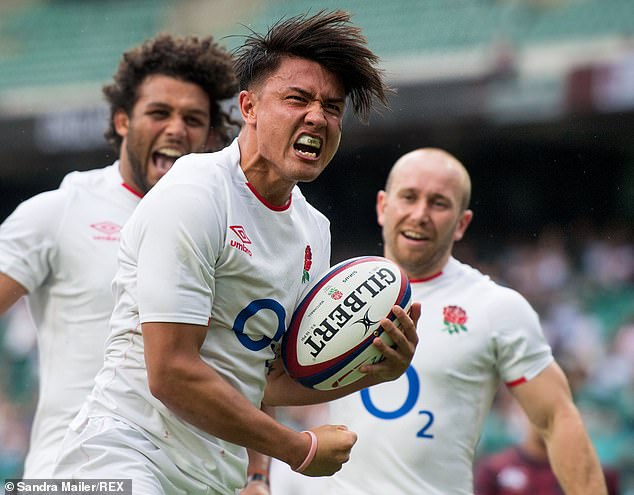 ‘I’m proud as punch, I feel like his big brother!’ Quins scrum-half Danny Care told Sportsmail. ‘What an unbelievable season he’s had, but also the past four weeks.

‘The Premiership semi-final win, final win, first England cap, to then to get a Lions call-up. I’ve spoken to him and he’s absolutely blown away. I can’t wait to see him out there in a red jersey.’

Smith’s popularity was clear for all to see on Saturday. His team-mates gathered round him as was interviewed, chanting ‘Lion! Lion!’ from behind, all revelling in the good news Smith heard when coming off 65 minutes into a 70-14 win over Canada.

At Brighton College, the school he left four years ago, they always thought his career would take off but not this quickly.

Nick Buoy, his old rugby master, speculated: ‘Is it the first time everyone has seen someone be called up for the Lions live? 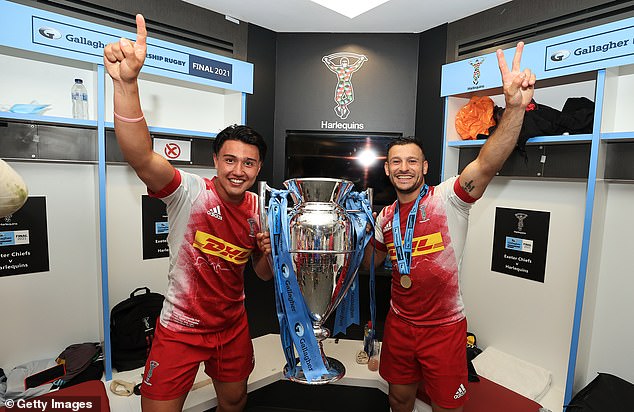 ‘It’s been a very cool few weeks for him. He must be shattered but the adrenaline will be getting him through as he arrives in South Africa. He has the mindset to cope.

‘We are just as proud of the way he conducts himself off the pitch as much as he is a brilliant talent on it. There’s no arrogance, bolshiness, he just wants the best for the team. It’s lovely when very good things happen to good people.’

It has been fairly entertaining to watch Lions head coach Warren Gatland — whether meaning to or not — quietly trolling Eddie Jones’ England selections by selecting Sam Simmonds, then Elliot Daly at outside centre, preferring Jamie George to Owen Farrell as a captain, and now picking Smith.

Having arrived in Cape Town this morning Smith could even feature on Wednesday against South Africa A.

It might be his only chance to shine, with Dan Biggar and Owen Farrell likely to be the Test playmakers and Finn Russell nursing an achilles injury. But all those who know Smith think he will take it. 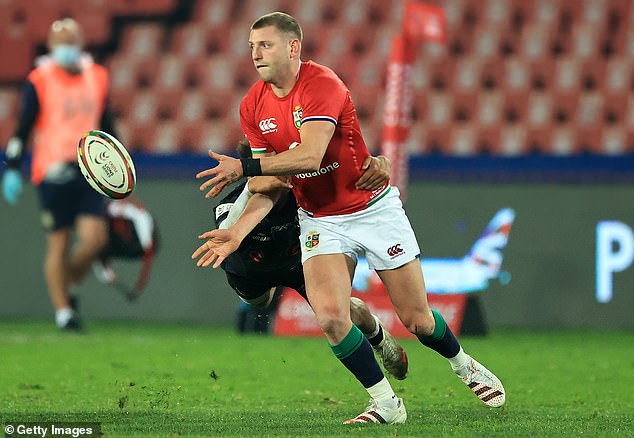 With Scotland stand-off Finn Russell out injured, Smith could get a chance to play for Test side 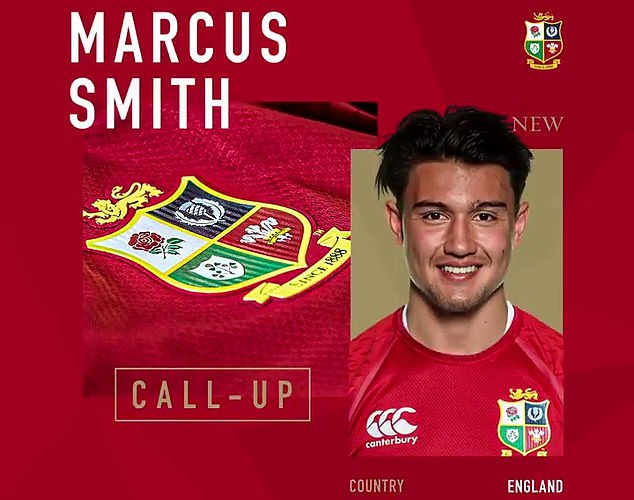 ‘He’s different from the guys out there,’ said Care. ‘They have probably brought him out as a maverick like Finn Russell, someone who can do things a little bit differently from what Dan Biggar and Owen Farrell can.

‘He’ll give them a load of energy. Boys will love playing with him. He puts forwards in holes, creates opportunities for people with how much the defence have to worry about him. His footwork and ability to spot space is second to none.

‘I genuinely think the better the team you put Marcus in the more you’ll get out of him. He will slot into the squad easily.’

Buoy knows Smith loves the big stage, adding: ‘He just loves performing, thrives on it, and always has. I don’t think this will faze him at all.’

Who knows, for his next trick, Smith might even push for Test inclusion.