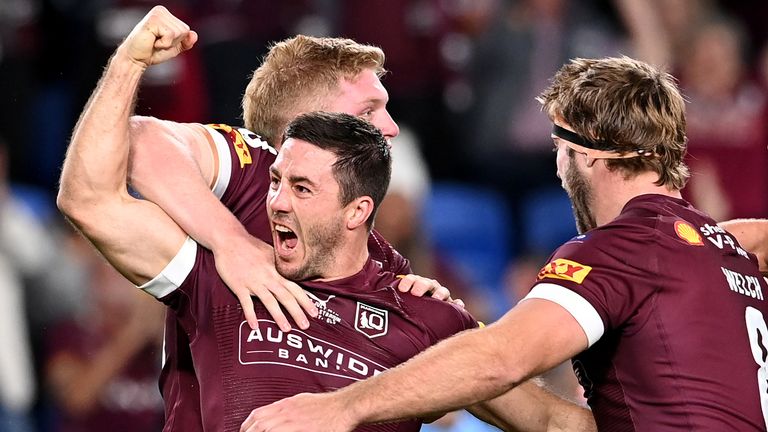 Veteran hooker Ben Hunt scored two second-half tries to help Queensland restore their pride with a nail-biting 20-18 victory over New South Wales in the third State of Origin game on the Gold Coast.

The Blues were on course to complete their first 3-0 clean sweep for 21 years when they led 12-8 early in the second half.

But the Maroons demonstrated exceptional character to bounce back from humiliating defeats in the first two contests and give Paul Green his first victory as coach.

Winger Valentine Holmes gave Queensland the lead with an early penalty but Blues centre Latrell Mitchell scored the opening try, his fourth of the series, after nine minutes and he kicked the conversion to put his side into a 6-2 lead.

That changed when 19-year-old centre Hamiso Tabuai-Fidow grabbed a try on his debut after 17 minutes which was converted by Holmes to make it 8-6, which was how it remained until half-time.

When stand-off Jack Wighton sliced through the Maroons defence seven minutes into the second half to restore the Blues’ lead, the contest appeared to be going to form. 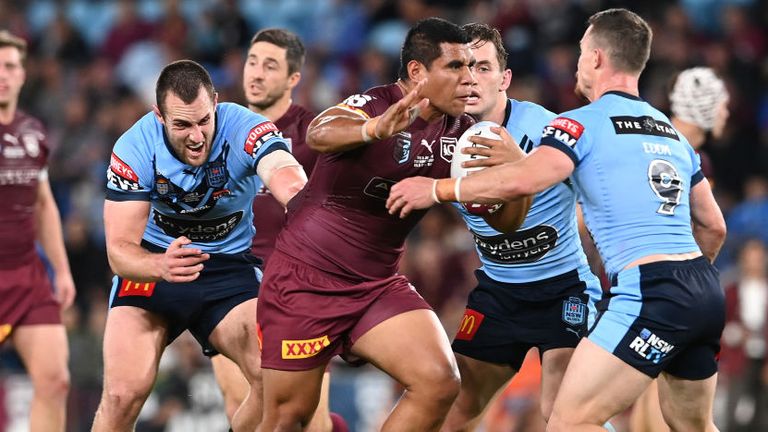 However, Hunt forced his way over from dummy half in the 56th minute and then finished off a flowing move seven minutes later for his second try.

With Holmes off the field with a shoulder injury, skipper Daly Cherry-Evans landed both conversions to stretch the Maroons’ advantage to 20-12.

The boys did our state proud but it wasn't our night 😢

There looked to be another twist when replacement hooker Api Koriseau touched down a grubber kick from Mitchell Moses 12 minutes from the end and Mitchell kicked his third goal to set up a tense finale.

New South Wales had a chance to level the scores and take the game into extra-time when Mitchell attempted an ambitious penalty from the halfway line but his kick fell short of the target.

‘Battle of Tasmania’ is on, says former North Melbourne powerbroker