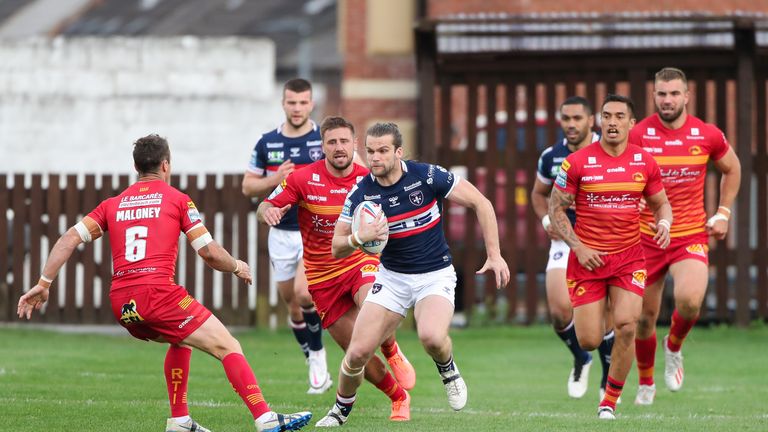 Tom Davies scored a hat-trick of tries for Catalans Dragons against Wakefield Trinity for the second successive season to help them to a 38-18 victory that keeps them in touch with the Betfred Super League leaders.

Davies repeated his treble heroics from last August and New Zealand international Dean Whare scored his first tries for the Dragons, who ran in 18 points in the last 12 minutes to secure a flattering margin of victory.

Trinity, who were knocked out of the Challenge Cup by the French side in April, put on a stoical show and trailed by only two points after 68 minutes before collapsing at the end. 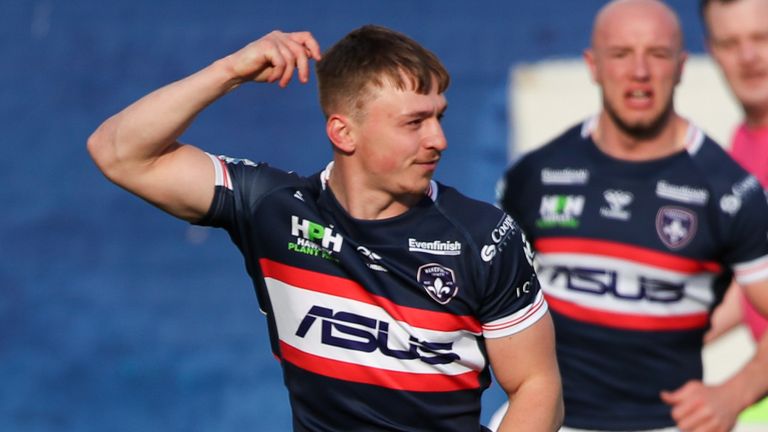 The Catalans had former Wigan second rower Joel Tomkins back from an eight-match ban to make the 300th appearance of his career and coach Steve McNamara handed 24-year-old Jordan Dezaria a first appearance in Super League for four years.

But they were outshone by their quicksilver threequarters as Catalans used the width of the Mobile Rocket Stadium to expose a chink on Wakefield’s left flank, with Davies and Whare scoring three of their team’s four tries before half-time to establish a 20-12 lead.

Former Wigan winger Davies opened the scoring on eight minutes, courtesy of Whare’s lightning pass, but Trinity edged themselves in front four minutes later when full-back Olly Ashall-Bott, signed in the week on loan from Huddersfield, took advantage of the footwork of half-back Mason Lino to score a try on his debut. Lino’s conversion made it 6-4 and the little Samoan was inches away from adding a second try before the Dragons found a purple patch.

Second rower Mike McMeeken, maintaining his impressive start to his Catalans career, brought down Scott Drinkwater’s high kick to score his second try for the club and Sam Tomkins got Davies over for his second of the match.

James Maloney kicked his second goal to make it 16-6 and, although Max Jowitt, a third-choice stand-off, won the chase to his own grubber kick on the last tackle to pull a try back, the visitors struck again six minutes before the break when Tomkins worked Whare over for their fourth try. Neither coach would have been impressed with their team’s defences and the Dragons opened up invitingly early in the second half to let Wakefield centre Reece Lyne cut through for his side’s third try, which Lino converted to cut the deficit to two points.

With the game back in the balance, Catalans missed a couple of clear-cut chance to make it safe.

Maloney put substitute forward Jason Baitieri through a gap but he was he turned onto his back over the line and skipper Ben Garcia dropped the ball as he reached out for it. Having lived dangerously, Wakefield then had a chance to go back in front when centre Bill Tupou, a constant threat on his return from injury, got winger Liam Kay over at the corner but the pass was ruled forward.

The game was finally settled on 68 minutes thanks largely to a superb piece of play by McMeeken, who found a gap in the home defence and handled twice in a frenetic move to get Whare over for his second try.

With the game up, the Catalans finished in total control, with Davies completing his hat-trick and centre Samisoni Langi scoring their seventh try.