Wigan staged a smash-and-grab act to beat Warrington 18-14 in a tense Betfred Super League derby behind closed doors at Headingley.

Both teams went into the game, which was a repeat of the 2018 Grand Final, smarting from surprise Coral Challenge Cup semi-final defeats and it was the Warriors who took the opportunity to pull clear of their opponents in second place in the table.

The Wolves raced into a 12-0 lead and went on to dominate the first half, but they could not turn their overwhelming possession into enough points and they paid the price as Wigan fought back, taking the lead for the first time with second rower Liam Farrell’s match-winning try five minutes from the end.

Wigan had loose forward Morgan Smithies back from a six-match suspension and gave a debut to former Leeds prop Brad Singleton following his arrival from Toronto Wolfpack, but they were slow to get into the game.

Warrington, on the other hand, made a blazing start, with centre Toby King having an early try ruled out, while full-back Stefan Ratchford was held up on his back and winger Jake Mamo dropped the ball over the line.

It was only while Wigan were down to 12 men through the sin-binning of makeshift centre Willie Isa for a dangerous tackle that the Wolves opened the scoring.

Ratchford made a break and kicked for Matty Ashton, who was pulled back by Wigan winger Dominic Manfredi and awarded a penalty try by video referee Ben Thaler. 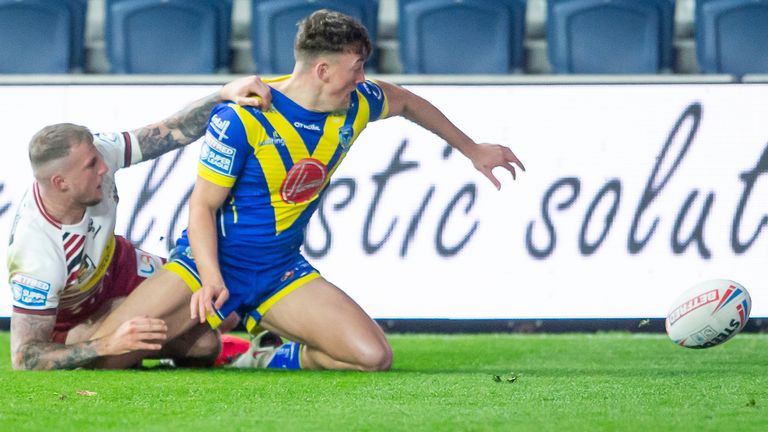 Isa was back on the field in time to see Wolves captain Chris Hill powering his way over for his side’s second try midway through the first half, and Ratchford’s second goal made it 12-0.

The scoreline was scant reward for Warrington’s territorial domination and they were soon made to pay for their lack of finishing. A thunderous tackle by Wigan prop Oliver Partington on Warrington stand-off Blake Austin forced the ball loose and that created the position for second rower Joe Greenwood to go through a gap in the Wolves defence for a try which Zak Hardaker goaled. 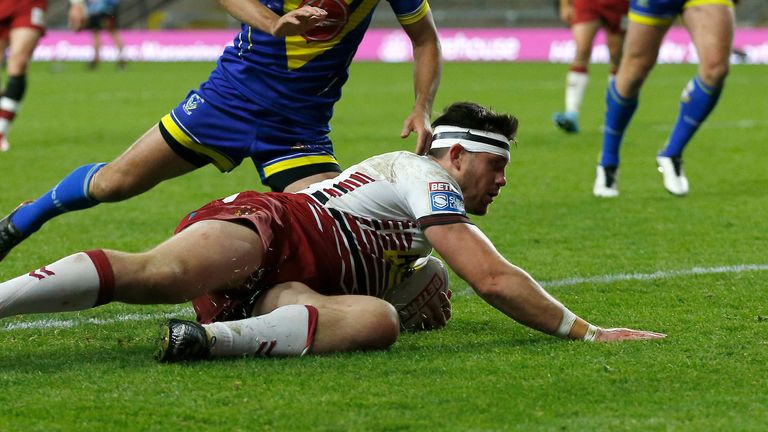 Anticipating a close game, Austin attempted a drop goal on the stroke of half-time, but he was off target and Warrington’s lead was wiped out three minutes into the second half when the ever-dangerous Hardaker charged onto Jackson Hastings’ perfectly-judged grubber kick.

Hardaker’s conversion made it 12-12, but Ratchford put his side back in front with a penalty and both teams had chances to win it. Wigan prop Joe Bullock was brought down just short of the line and, at the other end, former Warriors centre Anthony Gelling got over the line only to lose the ball in the tackle.

The late introduction of scrum-half Harry Smith from the bench injected new purpose into Wigan’s attack and it was from his pass that Farrell went through a gap for the winning try and Hardaker wrapped up the scoring with his third conversion.

Countdown Show: KFC SuperCoach is back!!!