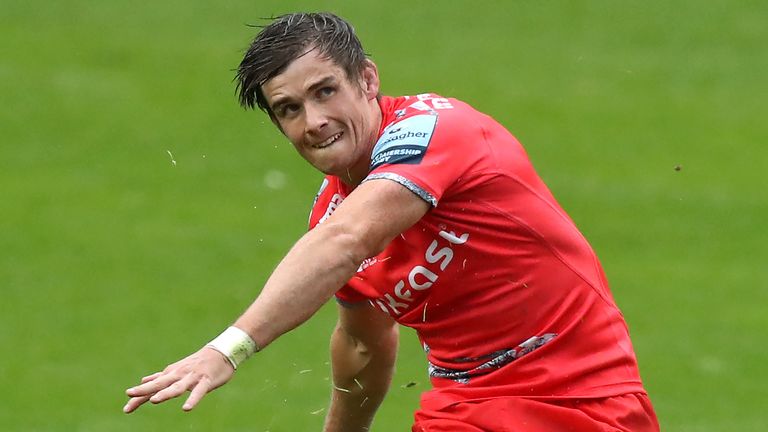 Sale claimed their first win since exiting lockdown by emerging emphatic 20-11 winners over Wasps in a Gallagher Premiership arm wrestle at the Ricoh Arena.

After defeats to Harlequins and Exeter, the Sharks reinforced their title challenge with a commanding display that elevated them above their opponents and into third place.

FULL-TIME | #YourSharks get a much needed win on the road ahead of a visit from Bristol Bears on Saturday.

It was heavy going with few highlights, a blustery wind and spells of rain taking their toll, but Sale surged clear in a productive third quarter with Luke James’ 61st-minute try proving to be the decisive blow.

Fly-half AJ MacGinty had kicked them into a solid lead before James struck as the culmination to a series of drives by a big Sharks pack that battered the home forwards out of contention.

Once again Jack Willis shone in front of England head coach Eddie Jones, but even the 23-year-old flanker’s try-scoring presence could not prevent Wasps from slipping to a first defeat since the break for Covid-19 ended.

Alongside Exeter, Lee Blackett’s men were the Premiership’s form team since the competition resumed and they reverted to their strongest XV in the hope of strengthening their claim to a top-four spot only to hit the buffers.

Aided by a 5-1 penalty count in their favour, an under-strength Sale dominated the opening quarter but only had a MacGinty penalty to show for the reams of territory and possession generated by the hard work of their pack.

Even the efforts of the omnipresent Willis failed to break the Sharks’ stranglehold on the game and in one passage alone he challenged for a kick, won the ball and powered forward through heavy traffic until he was bundled into touch.

A driving maul launched from a line-out reversed the game’s momentum but Sale continued to smother and the danger passed.

Wasps had discovered a tactic that worked for them, however, and they were successful again with the same tool to finally sustain a meaningful attack that ended in a penalty by Jimmy Gopperth.

Tommy Taylor’s illegal poach allowed MacGinty to kick a tricky three points in the conditions but the score was levelled when a ferocious battle on the ground saw Ben Curry penalised with Gopperth on target.

Brad Shields was fully involved in the scramble on the floor but he was temporarily replaced shortly after, while the attack had been made possible by Willis running on to Jacob Umaga’s flat pass and accelerating through a hole.

Sale finished the half with the lead they deserved when MacGinty slotted his third penalty and play resumed after the interval with the familiar sight of their scrum driving Wasps backwards.

The squeeze continued and daylight opened up when MacGinty rewarded the ascendancy of his pack with six additional points as the scrum became a recurring nightmare for the home side.