Ian Foster has been backed to continue as New Zealand head coach through to next year’s World Cup with former Ireland boss Joe Schmidt promoted into his All Blacks set-up.

Foster had been under severe pressure after the All Blacks suffered three straight losses. That run included a first series defeat by Ireland and a reversal at the hands of South Africa.

But with his back to the wall, Foster guided New Zealand to an impressive Rugby Championship win over the Springboks last weekend. 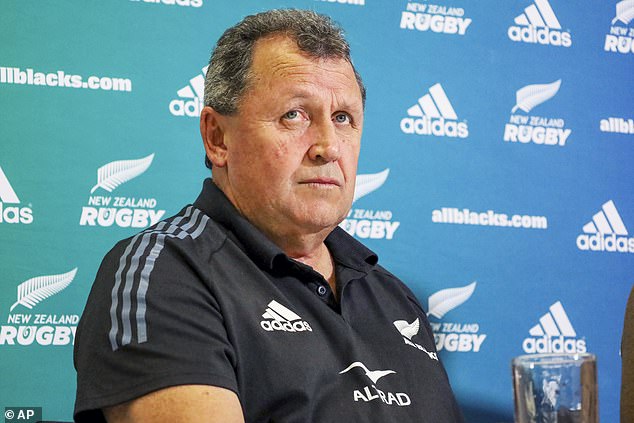 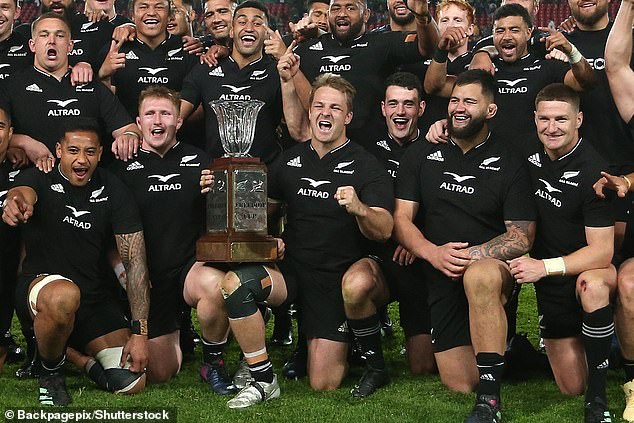 However, New Zealand rallied to beat South Africa in the Rugby Championship on Saturday

The result kept Foster in his job with New Zealand Rugby confirming on Wednesday that his position is safe until at least the end of the 2023 World Cup in France.

‘It’s a privilege to be in this job, it’s never something you take for granted,’ Foster said.

‘There is no doubt it’s been a hard time, but you’ve got to be in the here and now. I’m a key catalyst for that and I’m delighted to be here.

‘We’re under pressure to perform. I don’t mind that.’

New Zealand Rugby chief executive Mark Robinson confirmed it had been a ‘unanimous’ decision for Foster to continue in his role despite a poor run of form this season. 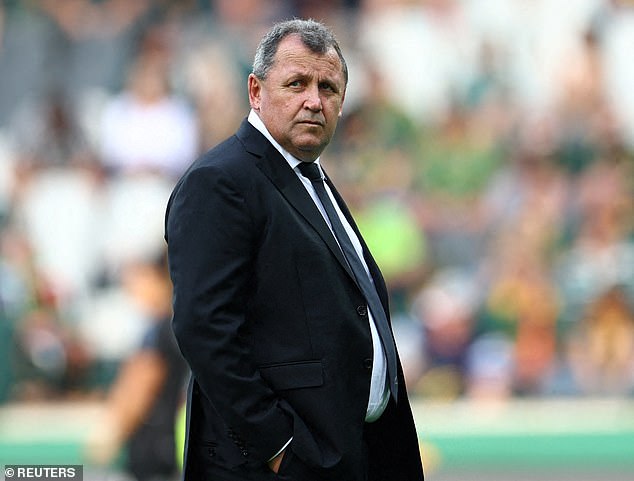 ‘Some of the steps we’ve seen in recent weeks give us a huge amount of confidence going forward,’ Robinson said.

‘We’ve had some really fantastic conversations (with Foster). We are backing (the staff) through to the World Cup.’

The elevation of Schmidt – who had so much success in charge of Ireland – to Foster’s international environment is an intriguing one.

Earlier this season, Foster brutally axed assistant coaches Brad Mooar and John Plumtree from his staff after the Ireland series loss and ahead of the Rugby Championship.

Schmidt had officially joined up with the All Blacks as a selector following their defeat by Ireland.

He had previously deputised as coach during the build-up to the first Test after Foster and his assistants tested positive for Covid-19. 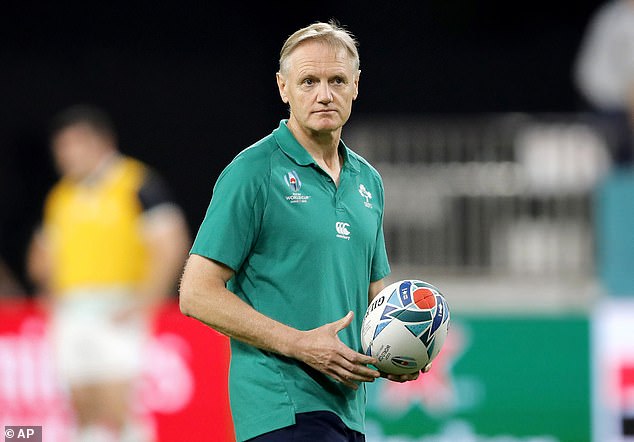 But moving forward he will now be a central figure in the All Blacks set-up as attack coach and Foster’s new right-hand man.

‘I believe in the plan I’ve got and believe we’ve got great support behind us,’ Foster said.

On the appointment of Schmidt, Foster added: ‘I’m delighted. He’s there for the right reasons. He compliments the group a lot.’

New Zealand’s next game is at home to Argentina on August 27 and Foster will hope the backing he has received will continue his team’s upturn in form.

The 35-23 win over South Africa in Johannesburg saw the All Blacks return to somewhere near their best after they had previously dropped to fifth in World Rugby’s rankings.

From the Archives, 1972: Blues and Tigers tie in semi-final thriller

‘Divided and not playing for each other’: Legend offers to help battling Broncos