Eddie Jones has been backed to turn England into World Cup title contenders after two years of struggles by his old sparring partner and two-time global champion Steve Hansen.

Former All Blacks head coach Hansen – who lifted the William Webb Ellis Cup in both 2011 and 2015 – also believes Steve Borthwick is the right man to succeed Red Rose boss Jones when he moves on after next year’s tournament in France.

Hansen has ruled himself out of joining England. 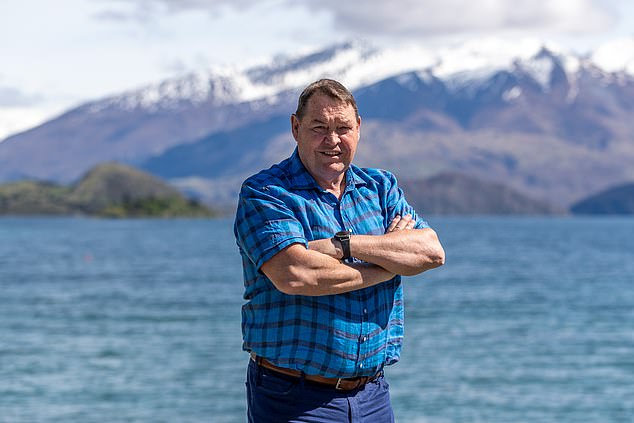 England head coach Jones and his team will take on New Zealand for the first time since they defeated the All Blacks – who were led by Hansen at the time – in the 2019 World Cup semi-finals at Twickenham on Saturday in front of a capacity crowd.’

Are England good enough to win the World Cup next year?

‘They certainly are,’ Hansen told Sportsmail in New Zealand. ‘They were just about good enough to win it last time. 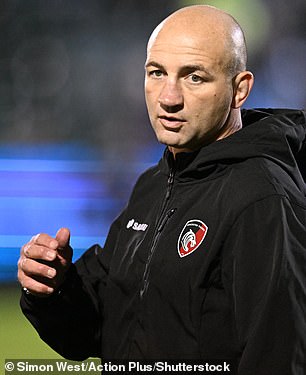 ‘England is a nation that has a lot of talent and can put it together on any given day. If they do that, they’re going to be hard to beat.’

Asked if he was interested in replacing Jones, Hansen instead extolled the virtues of Leicester head coach and Jones’ former assistant Borthwick who led the Tigers to last season’s Premiership title.

‘I’d say thank you very much but no thanks,’ Hansen said, when asked what his response would be to a call from RFU chief executive Bill Sweeney.

‘I don’t think they (England) would want me to coach the team anyway. Steve has done a fantastic job and I think he deserves the opportunity. I think he’d be great at it.

‘I coached teams he played against and then he was part of the England set-up.

‘I’ve been watching him from afar. He’s had success and the players and Eddie speak highly of him from his time with England. Why not give him a go?’

We’ve got issues with head injuries. We have to do something about that. I’m not sure red cards are the answer. Red cards are there to say we’re doing something but I don’t think we’re looking at why they’re happening. For out-and-out red cards and foul play, use them. No problem. But for the rest, you’ve got to educate, educate, educate. There are always going to be cases when people get knocks to the head. Dishing out red cards isn’t going to stop it. That’s like catching someone at the bottom when they’ve jumped off a cliff.

Coach players to improve their anticipation

In some cases I think the ability of the players to anticipate what is going to happen next is a big part of the problem, particularly our big, tight five guys who are slow to move against quick, agile people. I think we can spend some time on that area by upgrading our coaches and our players. If they can anticipate better, they won’t get into positions which will get them in trouble.

What I’d like us to do in the game is peel back the onion a bit. If tackling is the problem, let’s look at whether there is an issue with technique. I firmly believe one of the things we don’t have right is the tackle technique. Let’s work on that. The players in women’s rugby are very, very good technically in the tackle. The only counter I’d put on that is the speed of the game is not quite as high.

Brodie Retallick’s red card against Japan was interesting. The Japanese player was so low over the ball, so how do you remove him? Brodie used an arm and a shoulder and it was deemed to be foul play. Do we raise the height of the ruck so that a player can’t get that low? To me that would be a common sense thing to do. I think to be able to jackal, a player has got to be able to be in a position where another player can come in underneath him and shift him. Otherwise you’re going to get what is happening now which is head-on-head contacts and red cards.

Remove the TMO and water breaks

The game is about speed and we stop it enough anyway each time the TMO gets involved so I’d remove the TMO and water breaks too. I don’t understand them. I’d try and speed the minutes in play time up. The game is so slow now, so stop-start. The TMO has too much say in the game. He’s interfering all the time. I think the average time for each stoppage is between three and six minutes. It’s too much.