New Zealand coach Ian Foster will get one final look at contenders for his first All Blacks squad when the North vs South match is played in Wellington on Saturday, live on Sky Sports Arena.

Foster, who replaced Steve Hansen after last year’s Rugby World Cup, will name his squad on Sunday, although New Zealand Rugby is yet to confirm any fixtures because of uncertainty around the novel coronavirus.

Saturday’s match, between composite sides representing the country’s two main islands, has also already been postponed once and moved to Wellington Regional Stadium from Auckland because of Covid-19 restrictions.

The teams, coached by Foster’s assistants, named arguably their strongest possible sides for the clash, even if there will be no crowd allowed to watch it. All Blacks assistant coach John Plumtree, who is in charge of the North team, said they were not considering it a trial, though it is the final 80 minutes players will have before the squad’s announcement.

“Everyone might be seeing it that way, and maybe in the old days they saw it as an All Black trial,” Plumtree said. “We’ve already seen them go for 10 rounds of derby games.

“This game is about them and New Zealand enjoying the talent we’ve got in this country.” 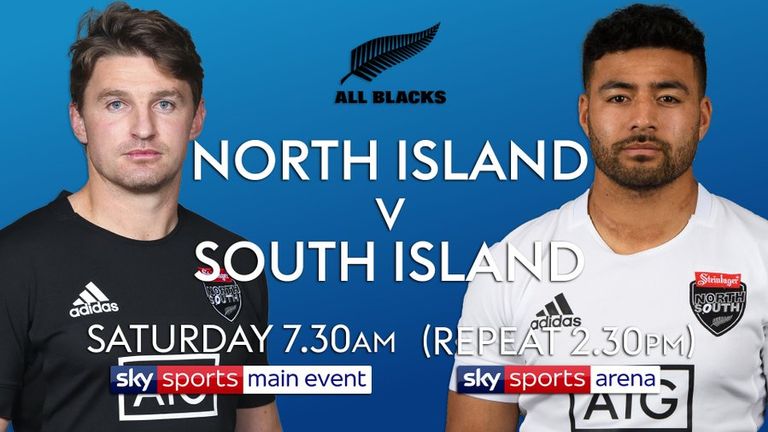 The game is likely to provide some last-minute selection decisions and produce some mouth-watering individual match-ups.

Focus will undoubtedly be on the head-to-head encounter at fly-half between the South’s Richie Mo’unga and the North’s Beauden Barrett.

Mo’unga was the best player in the No 10 jersey in Super Rugby Aotearoa, but Barrett, who played much of the season at full-back, was starting to regain his form when he shifted to fly-half towards the end of the season.

Rieko Ioane’s form at centre for the North should also provide an interesting pointer to the selection mix of a crowded midfield and outside-backs contingent, where the South’s winger Will Jordan could earn his first call-up on Sunday.

Elsewhere, All Black scrum-halves TJ Perenara (North) and Aaron Smith (South) will face off in a fascinating battle, while highly-impressive No 8 Hoskins Sotutu is fit and starting for the North, looking to press home a first international call-up too.

‘Homesick’ McKenna back for the Bombers

Arsenal transfer round-up: Partey hunt suffers blow as Guendouzi demands exit
Recent Posts
This website uses cookies to improve your user experience and to provide you with advertisements that are relevant to your interests. By continuing to browse the site you are agreeing to our use of cookies.Ok