Home » Rugby » SIR CLIVE WOODWARD: After 13 months we've got the REAL England back

SIR CLIVE WOODWARD: After 13 months and an under-par World Cup Final loss to South Africa, we’ve finally got the REAL England back

My biggest take-away from Saturday’s enthralling match is that England and Eddie Jones have finally exorcised the ghost of their no-show in last year’s World Cup final.

After nearly 13 months — that’s possibly how long it takes — I felt a weight lift from the England team and a new energy surge through the squad on Saturday, even if it wasn’t reflected on the scoreboard.

We had the real England back and it was great to see. Time will tell if this group have really learned all the key lessons, but I’m hopeful.

It was a well selected first XV with no experiments or caveats and they were in a ruthless mood. They had a focus and meanness in defence that we saw from the first whistle in that World Cup semi-final against New Zealand. 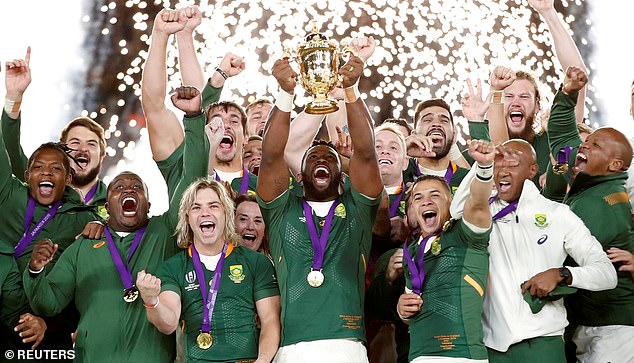 England failed to perform in the 2019 World Cup Final, which they lost 32-12 to South Africa

If there had been 82,000 packed into Twickenham, they would have been roaring at the intensity and sheer physicality of that effort, the shuddering tackles and collisions.

And, of course, Jonny May’s length-of-the-field try, one of the best on the famous ground in a long while. There was a lot to enthuse over.

When I saw the selection on Thursday and felt the vibe coming out of the camp, I knew there was no way Ireland could win that game and was very confident in my prediction of a comfortable England win. 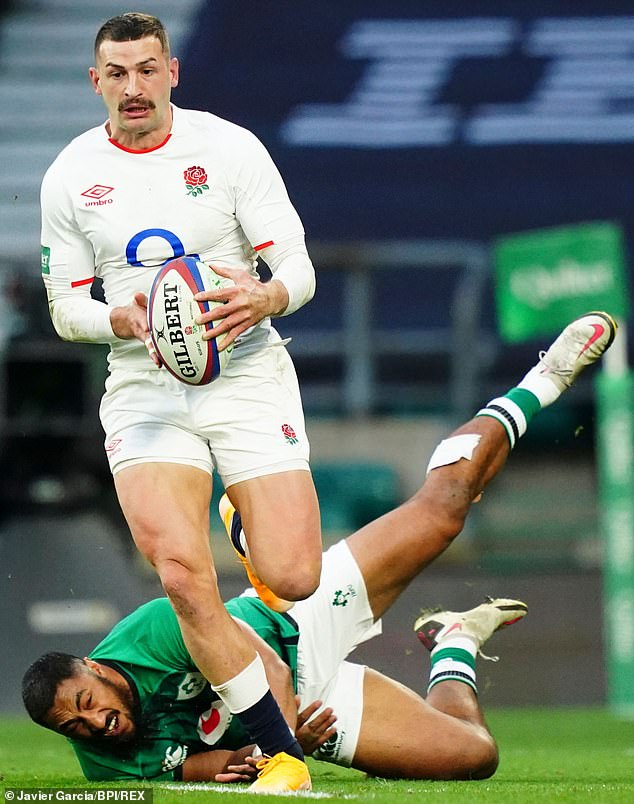 England wing Jonny May scored twice, including a wonderful individual effort from his own 22

I can see England kicking on over the final two weeks of the Autumn Nations Cup and finishing off in impressive style, moving into 2021 with a real purpose that has been lacking since Japan.

But what of the match stats, which seemingly show a Rorke’s Drift backs-to-the wall effort by England?

Owen Farrell’s team had only 39 per cent possession and 37 per cent territory. They were forced to make a whopping 238 tackles to Ireland’s 72.

England made only 63 carries to Ireland’s 146 and carried for 438 metres to Ireland’s 815. Despite those numbers, England were in total control throughout. 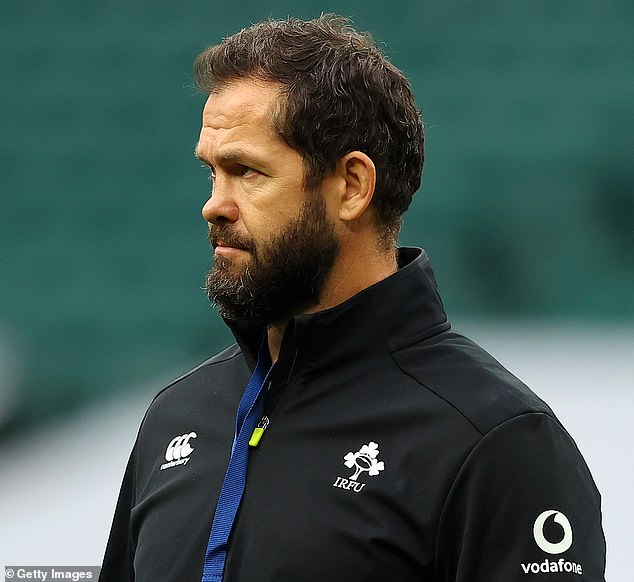 Ireland coach Andy Farrell seemed to take a deal of comfort in seemingly dominating the game, and even claimed that some of his players had changed from ‘boys to men’ during the course of it; I’m not so sure.

Statistics, as we all know, can be very misleading. Often they miss the human element and the subtlety of tactics.

Ireland have a high-class pack and were always going to win their share of possession, but it’s what you do with it that counts — yes, they were missing some key players, but the way they played they had zero chance of beating England. Zero.

There was always going to be plenty of tackling for England to get through, but they were prepared for that. Judging on this performance — one to 15 — England are probably the best defensive team in the world. 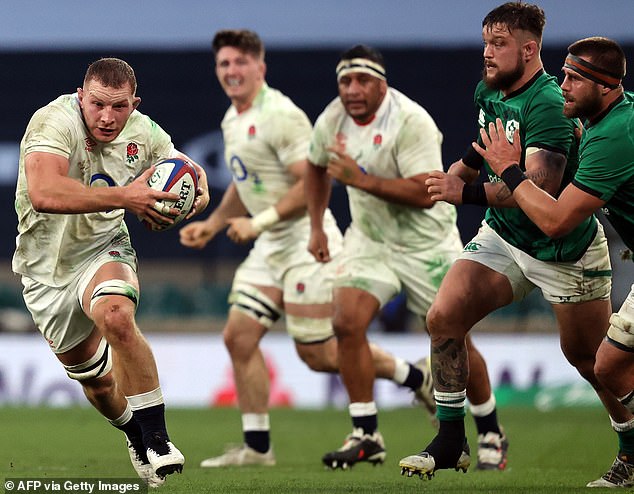 The emergence of Tom Curry and Sam Underhill, with their textbook low hitting technique that referees cannot fault, was a Damascus moment for England. If two players could be so accomplished in the tackle, then there was no excuse for others.

Props are often a weak point defensively, but no — Mako Vunipola and Kyle Sinckler are excellent, along with their front row colleague Jamie George.

Joe Launchbury has always been good in the tackle, Maro Itoje has learned to rein it in five per cent to ensure he is right on the edge — not over it.

The real revelation was Billy Vunipola, who looks fit and hungry again, and has upped his work-rate immensely. 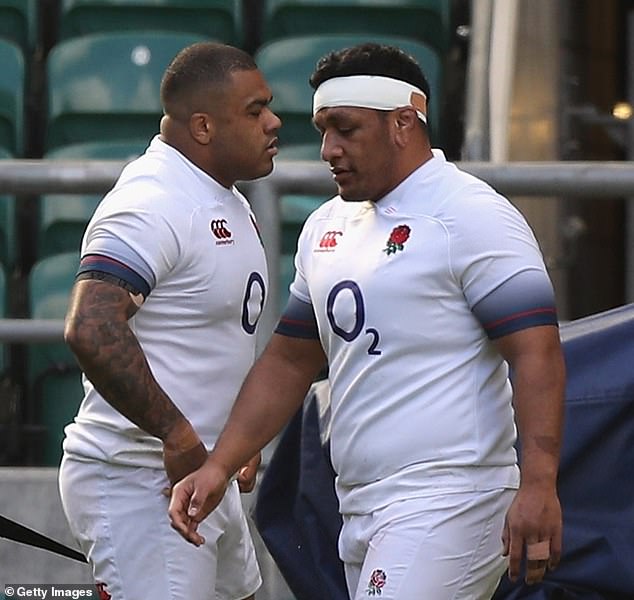 He landed 22 bone-shattering hits on Saturday, just behind Itoje on 24 and Curry on 23. There will have been some sore, aching, groaning Irish bodies on the plane home.

All the England backs can punch their weight in the tackle as well, and new boy Ollie Lawrence seems to enjoy the ‘physical’ in midfield.

The main point, though, is that England are very comfortable defending and tackling; they enjoy it and, when the situation requires, they are more than happy to soak it all up. They are confident in their ability to repel all attacks. 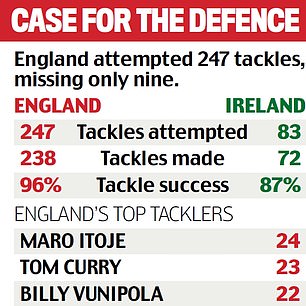 England’s defence was solid against Ireland

Ireland were very adept at recycling the ball, but the reality is that very early in the game they completely ran out of ideas of how to break down the white wall.

They moved it right and left at will, but that’s no good against a team like England who were fanning out and not over-committing at the ruck. Time and again, Ireland attacked where England had more defenders than they had attackers.

Curry and Underhill might be kings of the jackal but on Saturday they contented themselves with making the hit, springing straight up and retaking their place in the line. England tackled but hardly ever committed more than two players to a ruck.

As far as Ireland were concerned it quickly became groundhog day and hence, to a large extent, the bizarre match statistics and tactics.

There were, of course, things they could have done. The first tactic you adopt against such a stifling defence is at the breakdown. Ball in hand, there are three options: left, right, but most importantly route one which is punching through the middle of the ruck.

Try to clear out defenders, find a hole and try to get in behind that white wall. Breach it even by a couple of feet and you start to build a little momentum. 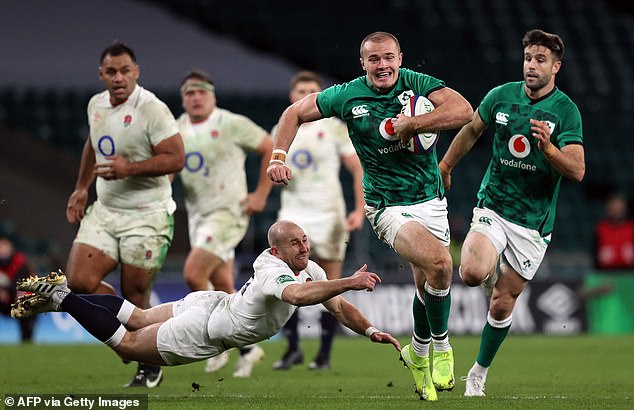 Secondly, there is the kicking game. Right at the end, Billy Burns showed what might have been with his clever little dink forward which set up a try for Jacob Stockdale.

Kicks to the wings — as with May’s first try for England — were another option Ireland needed to explore. Anything to break up England’s defensive stranglehold.

England had their opponents exactly where they wanted them and Ireland merely played into their hands.

Another tactic Ireland needed to employ — and you know what’s coming — was the humble drop goal. Drop back in the pocket and help yourself to a couple of drop goals to start the scoreboard ticking over.

Lastly, when your lineout is not going well, why take that option when there are alternatives such as quick tapped penalties or rehearsed penalty moves?

To beat a team who play like England, you must have ways of taking them out of their comfort zone. Take more risks.

England will want to get on the front foot a little more in upcoming games and I am confident they will, because they have the armoury to do that. But for me, the ghosts of Japan were finally laid to rest on Saturday.

Which Premier League clubs have the busiest Christmas schedule?

Justin Langer blows up over ‘cagey’ Indian concussion substitute tactic
Recent Posts
This website uses cookies to improve your user experience and to provide you with advertisements that are relevant to your interests. By continuing to browse the site you are agreeing to our use of cookies.Ok