SIR CLIVE WOODWARD: England were dialled in during their Six Nations victory over Ireland…they proved me wrong with a strong disciplined display

My Six Nations predictions had been going fairly well up to kick-off time at Twickenham — I was eight out of eight — but I got this one very wrong.

I was expecting a torrid dogfight against an Ireland team with their tails up and nothing to lose and I even felt the Irish might shade it by a point or two. I was worried about some of the England selections and nervous about the result.

But what transpired, in the first half particularly, was an awesomely strong and disciplined England performance against an Ireland side who just couldn’t find a way of getting into the contest. It was absolutely outstanding. 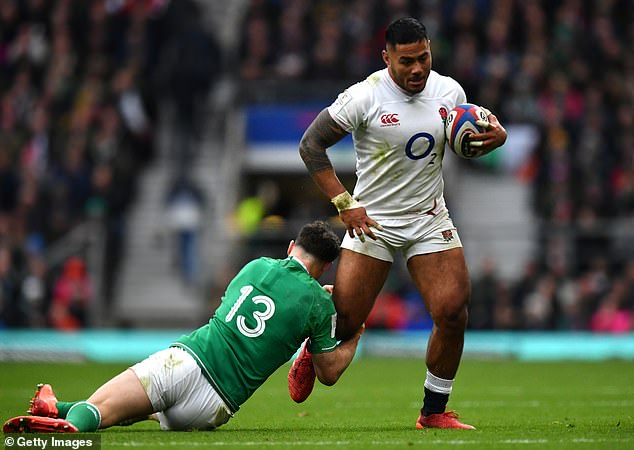 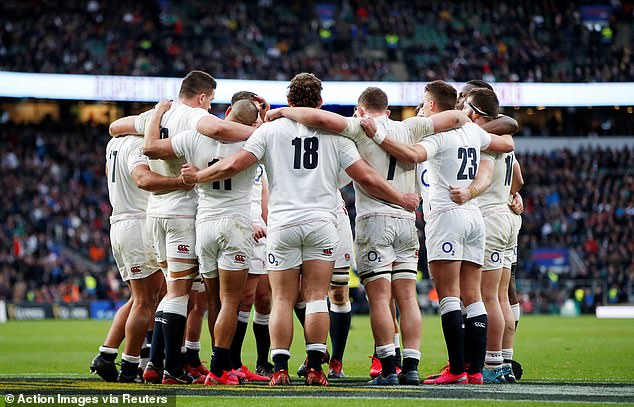 That was totally down to England’s excellence, their suffocating defence, their power running up front and their dominance at the set-piece.

They also decided early on to confront Ireland with their own aerial game which is generally considered to be an Irish strength — those early takes by Jonny May and Elliot Daly were big moments. England were on the case.

England bossed the game from start to finish and ultimately the only disappointment was possibly failing to score a fourth try for a bonus point. The Championship is clearly France’s to lose now but if they were to slip up England could yet move through on the blindside. There is a lot of rugby still to be played.

Not that missing out on a try bonus should detract from an outstanding performance. I don’t know one England supporter who wouldn’t have settled for that before the game. 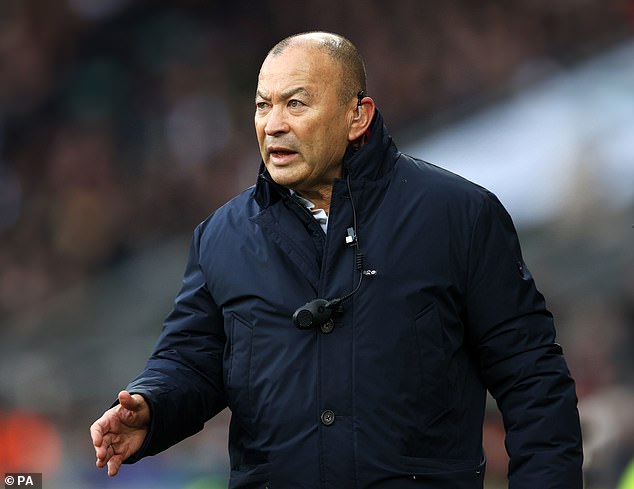 England were completely dialled in, just as they were against New Zealand in the World Cup semi-final and — an even better comparison in my view — their 32-20 win over Ireland in Dublin a year ago which I place right up there.

On that occasion at the Aviva the physicality going forward of Manu Tuilagi and Billy Vunipola set the tone, on Sunday it was Manu again and Courtney Lawes playing at blindside flanker.

What England also did that day was to get out of the blocks and keep that tempo going which they replicated at Twickenham. They built the pressure from the off and although you can point to lax defence for both England’s first two tries, Ireland were reeling and scrambling a bit from two chipped kicks and that’s when the odd bounce of the ball can undo a defence.

It was a hard pitch yesterday despite all the wet weather — more of an end of season pitch really — and such tries are always likely to come if you put the ball in the right place.

In contrast Ireland just weren’t there mentally in the first half and I can offer no explanation other than it does sometimes happen. Rugby is often an art more than a science, if it was the latter you could come up with the answers every time.

Courtney Lawes is possibly a case in point. Like many others I wouldn’t have picked him at blindside flanker. I didn’t think he had gone well there in the past whereas he always looks a world-class lock, but he responded to the criticism of the selection — not him personally — with a magnificent all-round performance.

Lawes rightly earned the man of the match award to celebrate his 31st birthday although I would say Maro Itoje would have run him pretty close. 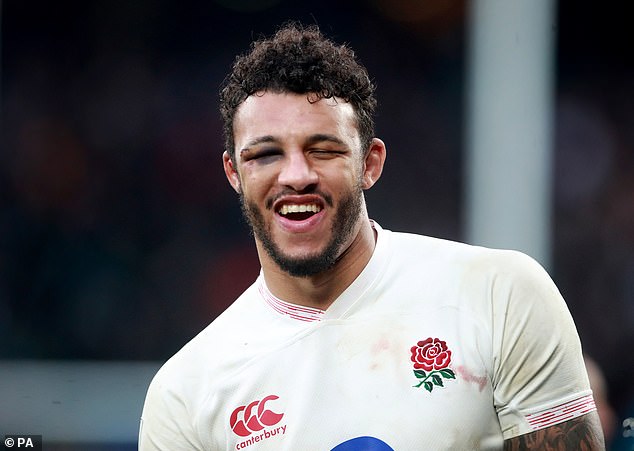 Itoje was very good against Scotland two weeks ago and made a massive contribution yesterday, not least in his aggressive defence which helped heap the pressure on Ireland.

What I also enjoy was evidence of his growing maturity.When Ellis Genge, one of my favourite young England tyros, started to get involved in a few verbals it was Itoje — quite a fiery character himself — who gently pulled him away from any possible flare up. Itoje has his game head on and when he is that focused he is always outstanding.

Many others really went well. Tuilagi has to manage his battered body these days but he can still make a huge impact. Although selected at outside centre, England used him very much as a 12 to truck it up in his inimitable way or to use him as a dummy. 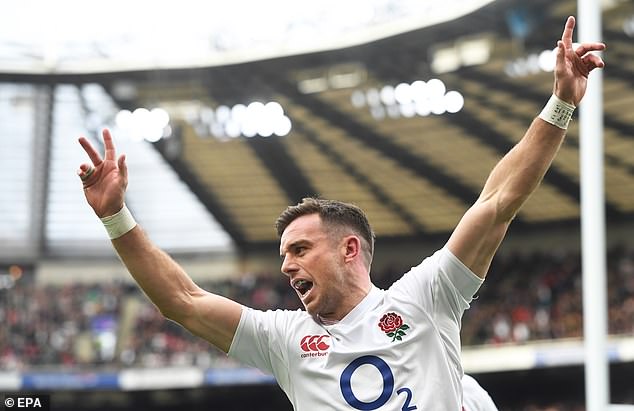 England were in a good headspace and I can only say well done to Eddie Jones for sticking to his guns. He knew the team that he wanted and he was determined not to be distracted by the noise surrounding his selections. When you win a big Test match your selections are always correct!

So it’s onwards and upwards now. As Eddie said after the game there is more to come from this side and the sight of Wales running out at Twickenham in two weeks time might light the touchpaper. That should be an intriguing clash to savour with England now getting on a roll while Wales will be looking to right the ship after two defeats on the bounce.

LES BLEUS ARE BACK AT LONG LAST

For anybody who loves the Six Nations and want to see European Rugby as strong as possible, France’s win in Cardiff was a significant moment, possibly the start of something special.

I haven’t the slightest doubt that France are capable of winning RWC2023 which they will be hosting but first they must bury the memories of nearly a decade of largely poor rugby and bad experiences. Their win over Wales at the Principality Stadium was the start of that process.

Did you see the young team dancing and jigging with delight and signing their song in the changing room afterwards? It was all over twitter. They are the moment when teams start to gel and believe they can take on the world.

Victory didn’t come easily although for me it was thoroughly deserved. The Grand Slam most certainly isn’t theirs yet. Scotland will give them plenty to think about, likewise Ireland in the last round. They could easily lose one of those matches and that would all be part of the process but I think we can safely say the real France are back. 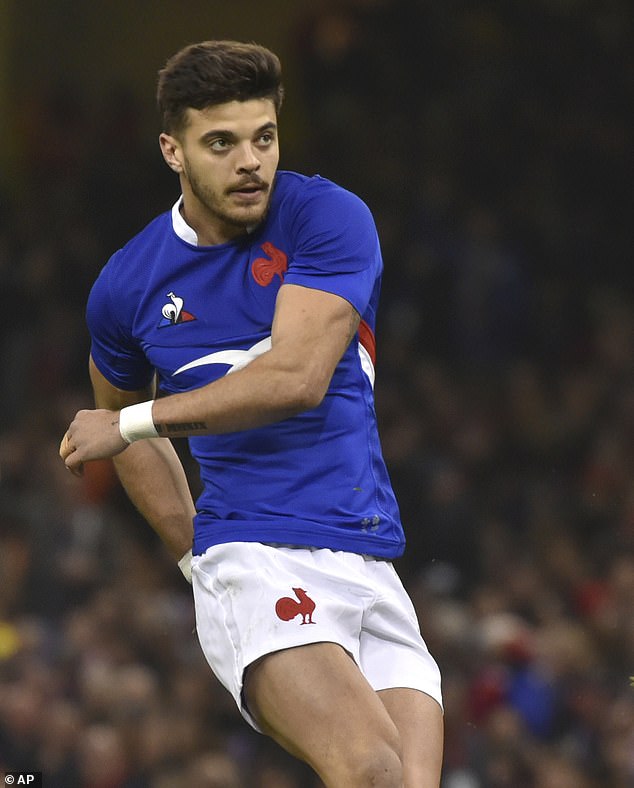 A piece of Sydney died with Johnny Raper

Wales vs Scotland: Six Nations game postponed due to coronavirus

The disconnect between team and club is holding Parramatta back