Shaun Edwards spent 12 years as Wales’ defence coach, so it is understandable that he almost walked into the home dressing room at the Principality Stadium on Saturday.

He stopped himself just in time, and just as well – because he is now in charge of France’s defence, and his influence is clear just a couple of months into the job.

Les Bleus have won all three of their Six Nations fixtures under new head coach Fabien Galthie, with Edwards’ defensive imprint all over their most recent triumph in Wales.

Saturday’s victory was France’s first in Cardiff since 2010 and kept alive their hopes of winning a first Grand Slam since that same year.

Where previous French sides have imploded against Wales, pressing the self-destruct button on several occasions, this vintage showed great resilience to hold on for a thrilling, narrow win.

“All the credit goes to the players because they dug really deep and they had to,” said Edwards.

“They’re playing the champions. You’ve got to remember this team we played, they’ve only lost two games in two years [in the Six Nations].

“We’re playing a high-quality opponent on their own ground so we had to do something special.

“The attitude has been first class. They’re really buying into how I want them to defend.

“And it’s not just that – it’s the style of play as well. French teams in the past maybe overplayed in their own half. It’s mixing that French flair with some structured rugby.”

It was strange hearing Edwards use words such as “them” and “their” in relation to Wales, given how synonymous the former Great Britain rugby league international had become with recent Welsh success.

And it seems the new arrangement is taking some getting used to for the man himself. 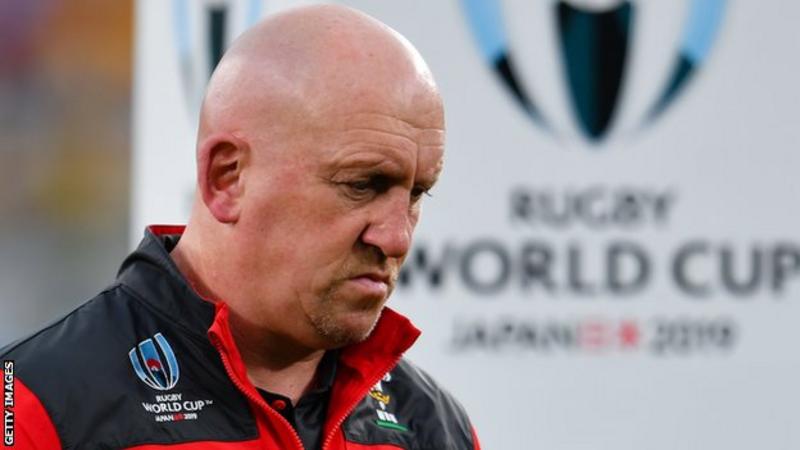 “Everyone was telling me: ‘Remember to go in the right dressing room’ and, honestly, I took one step towards the Welsh one and then I remembered and returned,” Edwards said with a grin.

France had to withstand long periods of Welsh pressure in Cardiff, notably at the end of the first half when they successfully repelled wave after wave of attacks from the hosts.

There were also moments in the second half when France protected their try line with the kind of structure and bloody-minded determination which was a hallmark for Wales’ defence under Edwards.

“A lot of improvement was done in the World Cup,” Edwards said.

“Fabien [Galthie] openly admitted he did a similar style to what Wales were doing at the time, our style of defence, because he was the defence coach.

“They made great strides there and I’d like to think I’ve just added a bit more detail in certain situations, like the breakdown.”

France made a total of 177 tackles against Wales with a success rate of 87%.

The way they resisted Wales’ fightback was in stark contrast to their two most recent encounters. France threw away a 16-0 half-time lead to lose in the Six Nations last year and then squandered a 19-10 advantage in their World Cup quarter-final last October. 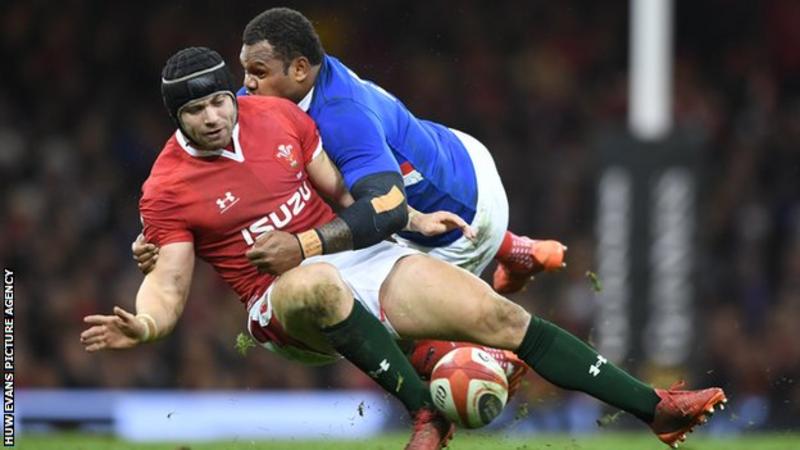 Edwards was asked whether he had told his new charges what other countries thought of them – that they were talented but a soft touch, prone to beating themselves.

“No. What I did do was show them the defence from the World Cup they were doing,” he said.

“They were incorporating Wales-style defence under Fabien and I showed them and said: ‘This is how good you can be,’ instead of telling them how bad they can be.

“I showed them some really positive things and thankfully they’ve continued in that vein.”

With two matches left – Scotland and Ireland – France now have a Grand Slam in their sights.

Edwards knows there is still a lot of work to do, and he believes Scotland were Wales’ “toughest” opponents when they won the Grand Slam last year.

If they can safely navigate that test, Edwards hope this could be a French side to rekindle bygone glories.

“The impression I’ve had is the French public – and I think actually the whole rugby public – are crying out for a good French team,” he said.

“Definitely the French people want a team to be proud of and hopefully over the next couple of years maybe we can provide that.”