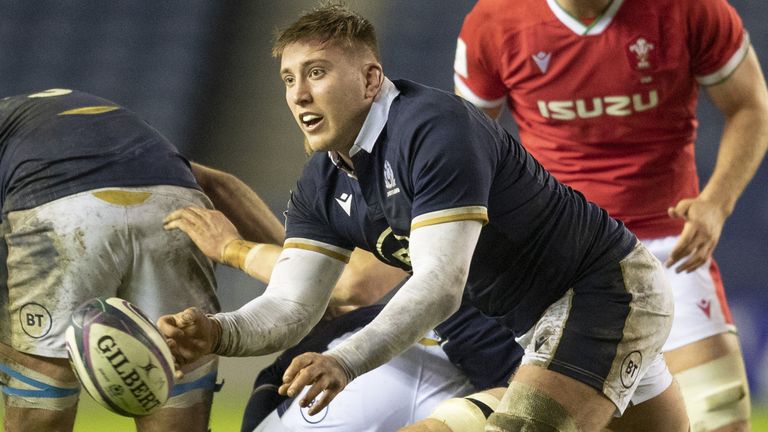 Scotland number eight Matt Fagerson is out of Friday’s title-deciding Six Nations meeting with France due to an ankle injury and will be replaced in the starting line-up by Nick Haining.

Fagerson sustained the injury during training on Wednesday and had remained in the country to have it assessed before returning to club side Glasgow Warriors.

Ryan Wilson has been called in to join the replacements and travelled to France for the final match of the 2021 Six Nations.

The hosts have to beat Scotland by 21 points and secure a bonus point to pip Wales to the title.

“Matt suffered an ankle injury in our final training session this week before we headed to Paris,” Scotland head coach Gregor Townsend said in a statement.

“It’s disappointing for Matt, who has been playing consistently well throughout the championship.

“We were able to call on Ryan at short notice given Glasgow Warriors had already conducted two COVID-19 tests this week, which meant he was safe to travel and join up with the squad.

“Given Ryan’s test match experience and his form this season, we believe he will grab his opportunity on his return to the squad. And if he comes off the bench tomorrow he will achieve his 50th cap, which is a significant milestone.”