Who better to delve into the avenues Queensland can explore to turn the series around than legendary coach Roy Masters? 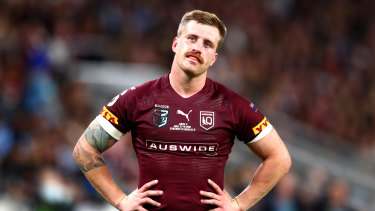 Can the Maroons manage a miraculous turnaround in Origin III?Credit:Getty

Here’s his take on the task in front of the Maroons tonight.

There’s no better judge of a Queensland Origin great than ‘The King’. 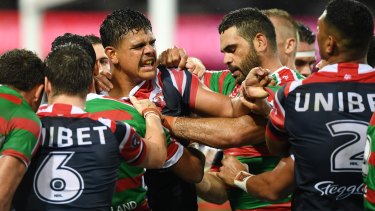 Latrell Mitchell has delivered on the hype this season.Credit:NRL

Lewis spoke to the Herald’s Christian Nicolussi about the comparison between Latrell Mitchell and Greg Inglis.

He’s ready to declare Mitchell’s impact on games similar to that of Inglis, who would walk into any Origin side since its inception.

Changes aplenty in both teams

NSW are missing Nathan Cleary (shoulder), Jarome Luai (knee) and Daniel Saifiti (rib cartilage) from the Origin II side which romped to a 26-0 win at Suncorp Stadium. 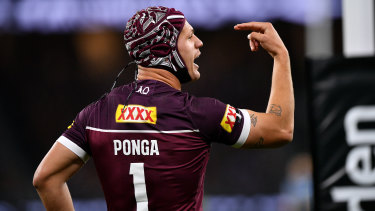 Kalyn Ponga will make his first Origin appearance of the series in game three – and his first since 2019.Credit:NRL Photos

The trio have been replaced by Mitchell Moses, Api Koroisau and Dale Finucane.

Jack Wighton will start in Luai’s place, leaving Koroisau to come off the bench.

The Moses I know will find Origin easier than the NRL: Johns

NSW will be without Nathan Cleary and Jarome Luai tonight. 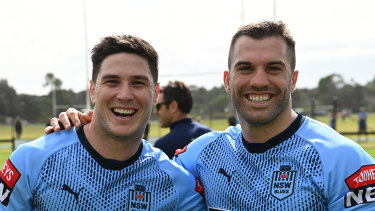 James Tedesco and Mitchell Moses have been reunited in Blues camp.

Brad Fittler has called upon Mitchell Moses in Cleary’s place.

It sounds strange but the eighth Immortal believes the Parramatta star will find the game’s biggest and brightest stage an easier task than leading the Eels around.

It’s been an Origin series like no other for a few reasons. 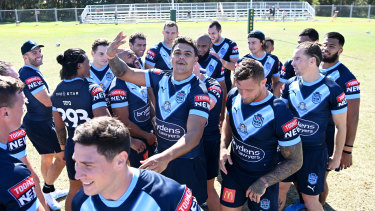 Latrell Mitchell and the Blues at the NSW captain’s run on Tuesday.Credit:Grant Trouville/NRL Photos

Game One was moved from Melbourne to Townsville and due to Sydney’s latest COVID-19 outbreak, the match has been moved from Homebush to Newcastle to the Gold Coast.

If NSW complete a clean sweep without a single match being played on their or neutral turf, they will be remembered as one of the best representative sides in the game’s history.

Hello and welcome to our live coverage of the final State of Origin match for 2021.

NSW are striving for a slice of history at Cbus Super Stadium on the Gold Coast. 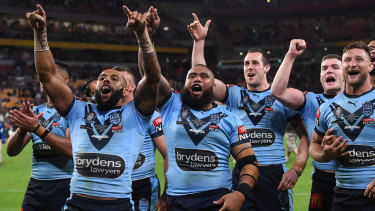 NSW are chasing history on the Gold Coast.Credit:Getty

If the Blues win tonight, they’ll be the first NSW side to achieve a clean sweep since 2000.

Queensland are playing for one thing – pride. They’ve conceded 76 points through the first two matches on home soil and will be desperate to give their fans something to cheer ahead of next year’s series.

Keep it tuned to this page for instant updates, highlights, expert analysis, reaction and much, much more.