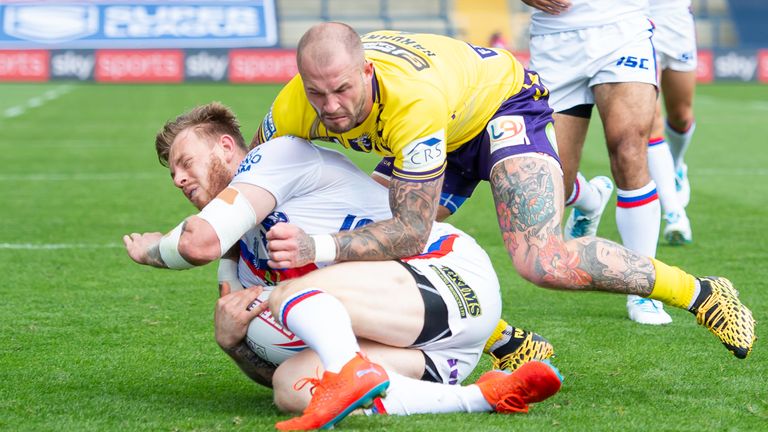 Given his reputation as one of Super League’s more exciting attacking players, it is perhaps somewhat surprising to hear Zak Hardaker extolling the virtues of defending.

His move from full-back to centre for the 2020 season has seen him combine with fellow three-quarter Dom Manfredi to form part of an imposing right-side defensive unit for Wigan Warriors though, along with hard-hitting scrum-half Tommy Leuluai and second row Willie Isa.

Castleford Tigers’ Gareth O’Brien can attest to just what opposition players can expect if they stray into that part of the field, having been levelled by a huge tackle from Leuluai during Saturday’s 30-22 win for the Warriors.

Hardaker, who was named Man of Steel in 2015 for excelling in both attack and defence during that season with Leeds Rhinos, is enthusiastic about the work he is doing when the Cherry and Whites are not in possession.

“[Wigan assistant coach] Matty Peet has got this thing where he calls me and Dom Manfredi the ‘Bash Brothers’ or the ‘Blitz Brothers’ in the centres,” Hardaker said.

“Then you’ve got probably the hardest hitter in maybe Super League history, even though he’s only about 5ft 4in, in Tommy – and Willie Isa as well.

“Having us all as a presence there on the right, hopefully other teams look and think it’s not an edge they’d like to go down. 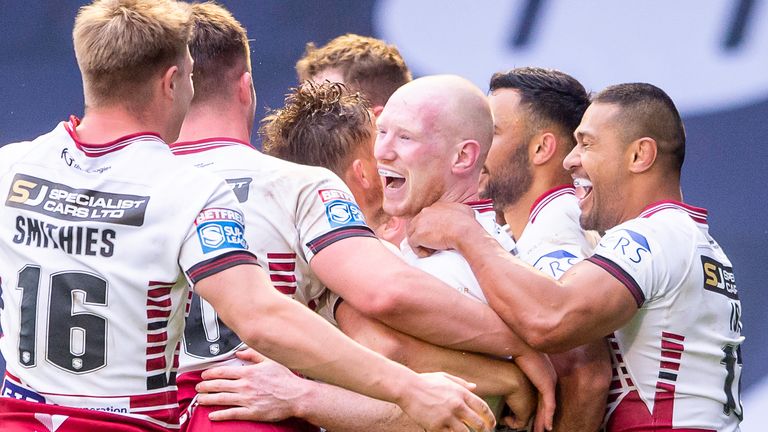 “Even on the fifth and last when we’re kicking down, I’m trying to be as aggressive as I can, and Dom Manfredi is. We want to be a relentless, ruthless team, really.”

The focus on defence for the Super League leaders is underlined by the fact only Warrington Wolves have conceded fewer tries (22) than Wigan and Catalans Dragons (both 24) so far in 2020, albeit with the French team having played just seven games to the Warriors’ nine.

What was expected to be a lighter week for the squad turned out to be something more akin to a training camp, but it was not just relentless physicality.

Indeed, Hardaker revealed how work on some of the more technical intricacies of defending have proven vital for the team, particularly in the wins over his former clubs Leeds and Castleford in their past two Super League matches. “It’s not just the physical bit at the start of the tackle, but how they come down to the ground, controlling it, trying to get that few extra seconds for the defensive line to get set and I think that’s paid dividends,” Hardaker said.

“There have been a few times where we’ve had to defend our line for 12 or 18 tackles and we’re really, really comfortable.

“We’ve been really comfortable on our own line, we believe in our abilities, and we really want to play and turn up for each other.

“That’s the main thing for us and since we’ve been back, we’ve been talking about how we want to work hard for each other in attack and defence.” 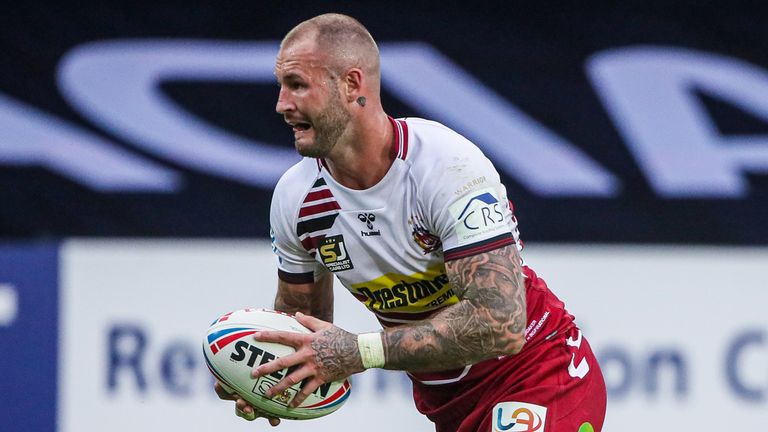 We’ve been really comfortable on our own line, we believe in our abilities, and we really want to play and turn up for each other.

Communication between the players has proven vital too, with the lack of crowds in stadiums at present due to coronavirus restrictions meaning Hardaker has been able to get his point across to his team-mates during matches a lot more clearly.

The 28-year-old freely admits he has no compunction about sharing his views on what other people should or should not being doing during matches.

But he is not the only voice in the team ensuring everyone is accountable, with hooker Sam Powell commanding things around the ruck area, half-back Jackson Hastings barking instructions and Leuluai making more of a statement by his presence rather than what he says.

“We’re massive on accountability, especially for myself,” Hardaker said. “I’ve been accountable for my actions whether it’s on or off the field, and as soon as it’s training or game-day it always switches to what we’ve been working on in the week. Whatever is said at training or in games is taken in good stead. It’s not malicious, it’s not personal, it’s about being a Wigan Warrior, about bringing your best to the team and if you’re not quite there you’ll get reminded of it.

“You try to put into practice in the game and if you see someone slacking or not doing what they’re supposed to be doing, I like to remind them.

“I’m a big character in the team and I just say what I think is right or sometimes wrong. Whether it’s right or wrong, I’m always talking.

“Everyone knows at the club, whatever is said at training or in games is taken in good stead. It’s not malicious, it’s not personal, it’s about being a Wigan Warrior, about bringing your best to the team and if you’re not quite there you’ll get reminded of it.”

Wigan’s approach under head coach Adrian Lam has served them well so far this year, but they have proven a potent attacking side as well with a total 44 tries – the second-highest number in the competition – going into Thursday’s clash with Hull Kingston Rovers. Tony Smith’s side will pose the challenge of an open, attacking style which asked questions of reigning champions St Helens before eventually succumbing to a 32-18 loss on Sunday. But for Hardaker and Wigan, there will be no change in their approach.