Wales vs England LIVE: Follow all the action from Cardiff as hosts look to maintain their 100 per cent record this year against Eddie Jones’ defending champions at the Principality Stadium

The midway point of the Six Nations is reached on Saturday when Wales entertain bitter rivals England in Cardiff.

Wales boast a 100 per cent record in the tournament so far, having beaten Ireland and Scotland, while holders England know a defeat will end their hopes of defending their title, having already lost to the Scots.

Follow Sportsmail’s IEUAN IVETT for live Six Nations coverage of Wales vs England, including all the build-up and in-game updates – kick-off is at 4:45pm (GMT).

Kick off is now just moments away at the empty Principality Stadium in Cardiff. Usually, the tension can be cut with a knife right now with 80,000 nervous fans but instead they watch on from their living rooms.

But it’s Wales against England, and that’s enough to always get the players riled up and ready to fight.

Stay tuned for all the action. 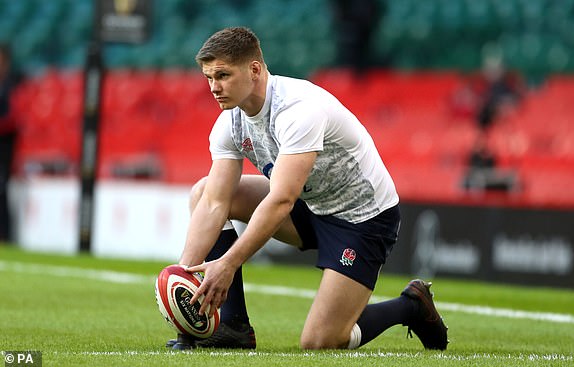 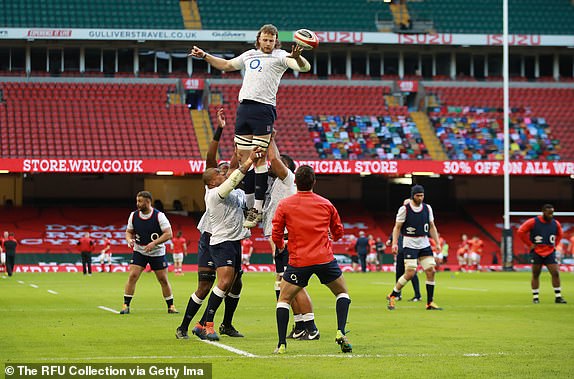 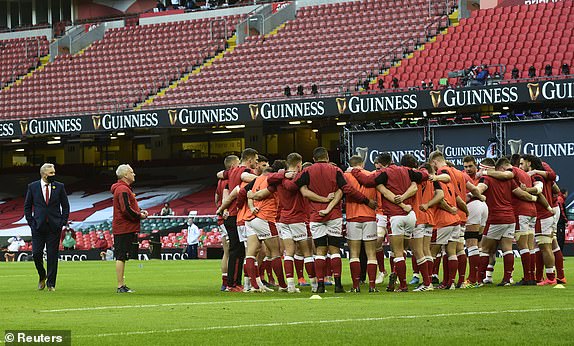 Wales find themselves 80 minutes away from a triple crown after winning their first two matches against Ireland and Scotland.

Despite having two wins from two matches, there are still some questions about Wayne Pivac’s side – given that both the Scots and Irish had red cards in their victories.

England bounced back from a crushing Calcutta Cup defeat to Scotland with a resounding win over Italy last game week.

However, Eddie Jones’ side still find themselves under criticism and have a point to prove to get themselves back in the picture for the trophy.

Wales wing Louis Rees-Zammit and England’s Jonny May’s battle on the wing will be one of the key components of this afternoon’s match.

Rees-Zammit was the star against the Scots, with two well-taken tries and May also stole headlines for an incredible finish against Italy.

Watch this space. Blink and you’ll miss them. 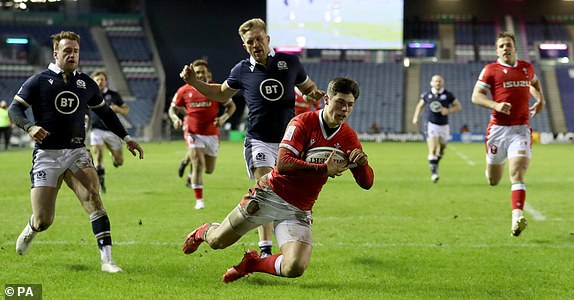 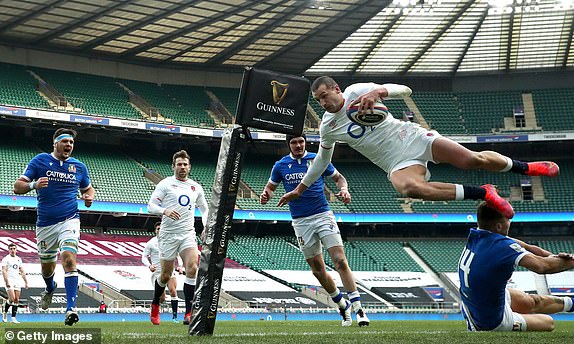 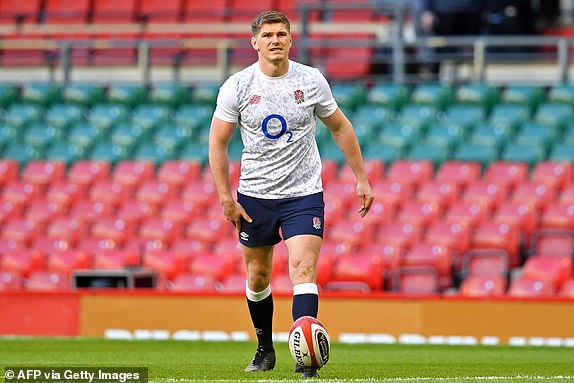 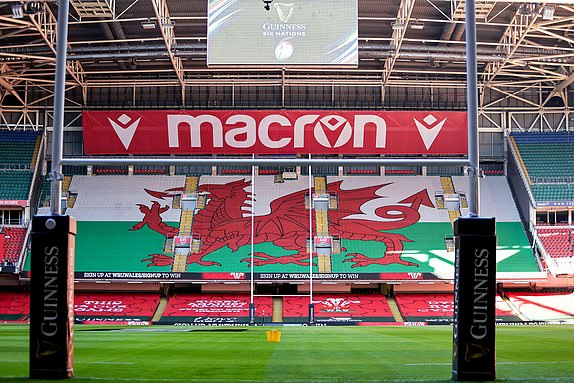 Wales’ George North will earn his 100th international cap this afternoon as he takes the field at the Principality Stadium.

He now becomes the youngest player to reach the 100-cap milestone for his country. 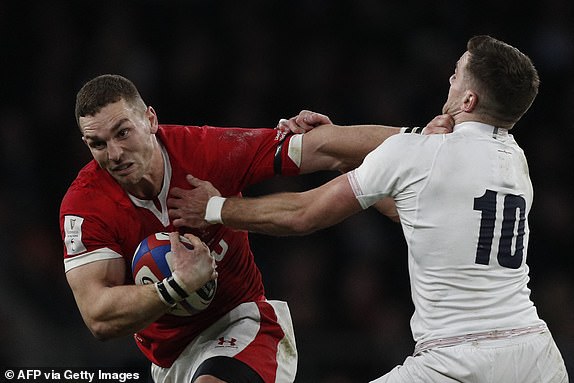 Welcome to Sportsmail’s live coverage of Wales vs England in the Six Nations this afternoon!

Wayne Pivac’s side are looking to make it three wins from three after close victories so far against Ireland and Scotland, while defending champions England are looking to follow up their triumph against Italy two weeks ago, having previously slumped to a rare loss against Scotland at Twickenham.

Super League and NRL team of the week