The discovery of chronic traumatic encephalopathy (CTE) in former Collingwood champion Murray Weideman, who died in February aged 85, should encourage administrators of contact sports to consider modifying rules for junior sport according to neuroscientist and concussion expert, Dr.Alan Pearce. 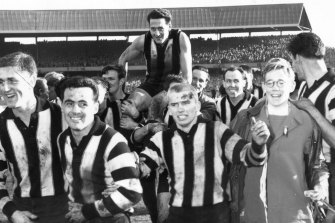 Teammates carry Murray Weideman off after Collingwood’s victory over Melbourne in the 1958 grand final.Credit:The Age

He is the fourth former AFL player along with ‘Polly’ Farmer, Danny Frawley and Shane Tuck to be found with the presence of CTE in their brain after they died with the disorder linked to mood swings and depression.

Pearce, who works for the Victorian branch of the Australian Sports Brain Bank, said the findings indicated that sports had a responsibility to look after those suffering the impact of head knocks. He said sporting bodies needed to also tackle the issue at junior level.

“One thing we do know about CTE is that it is a disease of exposure so we may have to ask the hard questions on modifying sport for juniors before taking it up to full contact into mid-to-late teenagers even,” Pearce said.

Pearce is an advocate for players being forced to take a 30-day break if concussed rather than 12 saying research based on symptoms was an inadequate assessment with physiological and biological-based research demonstrating a 30-day break was necessary.

He cited recent research of 1752 College Athletes in America that was published in the sports medicine journal that showed the brains of 90 percent of those concussed had not fully recovered from the head knock in less than 30 days.

The state coroner John Cain is investigating the scope of a coronial inquest into the causes of Tuck’s death with Tuck playing 173 games for Richmond. A date is yet to be set for the hearing.

Weideman, whose grandson Sam is on Melbourne’s list, is a Collingwood icon having played 180 games for the Magpies including the 1958 flag. He also coached the club in 1975-1976 and was larger than life. 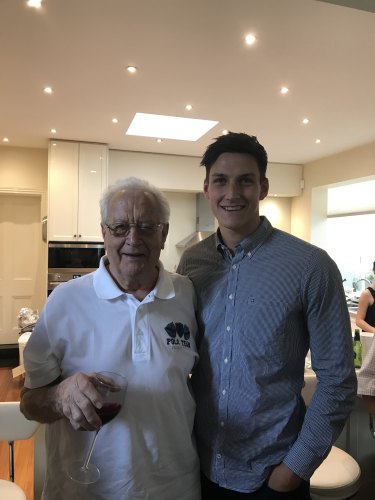