Home » Rugby » With quarantine over, Cameron is no longer a fish out of water in Perth

There has been a theory doing the rounds at Greater Western Sydney that Jeremy Cameron's form slump is linked to him not being able to indulge in his off-field passion.

That hypothesis can now be put to the test. When the Giants spearhead threw the line out at a Perth beach this week, it had been just over a month to the day since he last went fishing, 70km off the coast of Sydney. 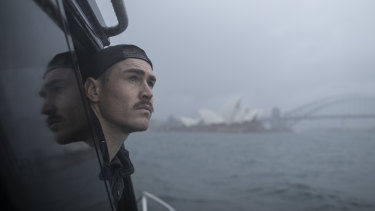 Fishing is Cameron's release. At home in Sydney, it's not unusual for him to take his boat miles out to sea. If club staff cannot contact him, it's generally because he has gone somewhere well out of phone reception.

Last year, in his Coleman Medal-winning season, he went fishing three to four times a week. That has been scaled back this year due to strict COVID-19 protocols.

There was a small window just before the Giants left for Queensland when fishing was permitted, which just happened to be when Cameron played some of his best football.

Quarantine life has not agreed with Cameron, who found he could not escape the game. He likened the set-up to sleeping at the football club in Sydney.

"That's pretty much what it's like, you'd just have a bed in the change rooms," Cameron said.

"You walk into the gym to do gym, you walk out of the gym, do ice baths; it's all in the same sort of spot – that's what it's been like.

"For me, I don't like that at all but it's something we've all had to deal with and we all want to play football.

"I'm normally out [fishing] three, four times every week last year. When I come into the club I'm refreshed, give everything I can to get better and play really good football. It really worked for me last year, this year has been the complete opposite really."

He says his contractual situation has had no bearing on his form. The speculation linking him to a move to his home state overlooks the fact his family have moved from Dartmoor in Victoria's west across the border to Mount Gambier – a four-hour drive to the nearest club, Geelong.

Of course, there is more to Cameron's form than just being able to fish – and he knows that. He is not a fan of the shortened quarters, which limits his ability to tire out opponents. The Giants' midfield is down, which affects ball movement and his chances of finding space.

"There's different things we're working on. The stuff around my contest, bringing the ball to ground has been OK, it's more getting my hands on it," Cameron said.

"Defenders come after me, I've got to look at my leading patterns. It's not just the change in season, [it's about] how I can work to get more footy, get back to last year when I was getting lots of possessions as well as hitting the scoreboard."