The Warriors forwards were in unstoppable form, with Worcester scoring three first-half tries direct from driving mauls to underpin a first Premiership win of 2020.

Rudderless Quins, 11 points adrift of the play-offs before kick-off, trailed 26-0 at the break, and there was no way back as Worcester comfortably ended a run of eight successive Premiership defeats.

Wing Chris Ashton and substitute hooker Elia Elia claimed consolation tries for Quins, with James Lang adding both conversions, but Worcester were already over the horizon.

It was one of Warriors’ most emphatic league victories in recent seasons, underlining a dreadful Quins display on a night when they sorely missed rested stars like Mike Brown, Joe Marler and Chris Robshaw.

Worcester boss Alan Solomons made 10 changes from the side beaten by Wasps last time out, including a return for captain Ted Hill, while Quins were led by number eight Tom Lawday and included scrum-half Danny Care on the bench following his recovery from a back injury.

Despite their long run of league losses, Worcester did not lack confidence, and they rocked Quins through a powerful start.

Weir missed a second-minute penalty chance, but the Warriors struck from their first attack, relentlessly driving a lineout and Du Preez pounced for a try that Weir converted. 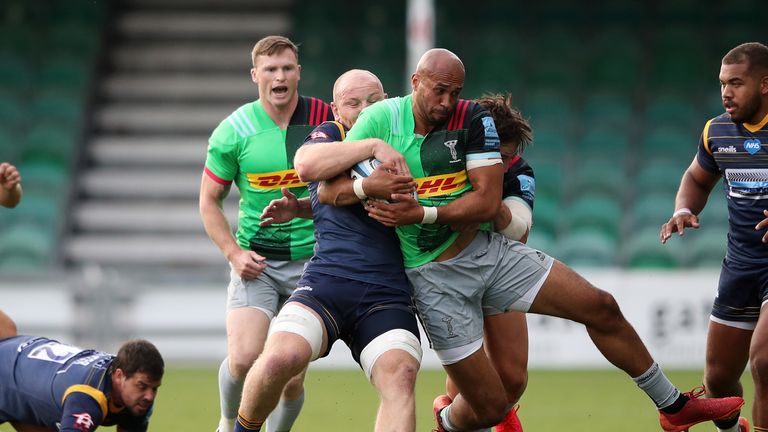 Quins were pinned deep inside their own half, and they fell further behind in the 12th minute after another mighty Worcester drive, this time joined by some of the backs, and Lawrence touched down.

Quins needed to regroup after a miserable opening, but Worcester were organised and tactically efficient as they comfortably preserved their healthy advantage.

Worcester’s third try from a driving maul arrived 12 months before the break, with Annett the latest beneficiary before Weir’s conversion opened up a 19-0 lead.

And there was still time before the interval for Quins to suffer more misery. 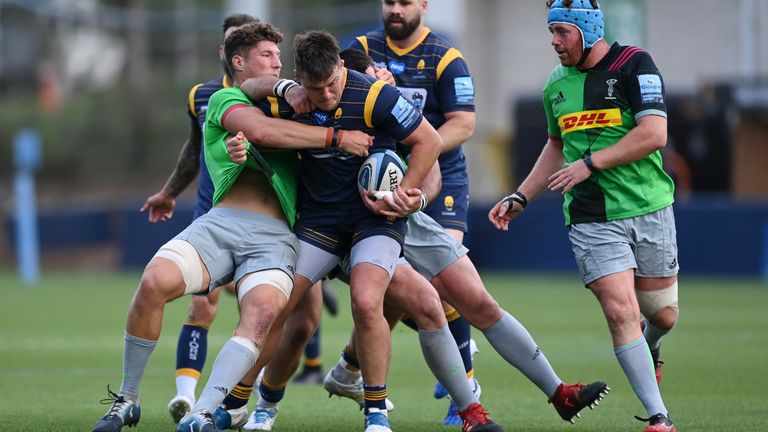 Inevitably, Worcester drove another short-range lineout, Quins struggled to defend it, and Hougaard darted clear to claim a bonus-point try.

Weir’s conversion saw Worcester lead by 26 points at the break, and Quins had a mountain of Everest proportions to climb.

Weir added a penalty early in the second period, before Quins worked a try for Ashton – the 87th of his Premiership career – that Lang converted.