Mourinho v Tuchel, Shaqiri looking to make himself undroppable and why it’s now or never for Man United’s faltering attack : 10 things to look out for during the midweek Premier League action

The gruelling Premier League schedule certainly isn’t easing and we have another round of fixtures in store to get us through the latest week in lockdown.

Manchester City will be desperate to continue their charge at the top of the pile with victory at Burnley, while Liverpool and Manchester United know they must win to keep the pressure on.

Meanwhile, it’s almost last-chance saloon for bottom three Sheffield United, West Brom and Fulham with the teams just above them grinding out results.

Here, Sportsmail takes a look through the biggest talking points ahead of the midweek games… 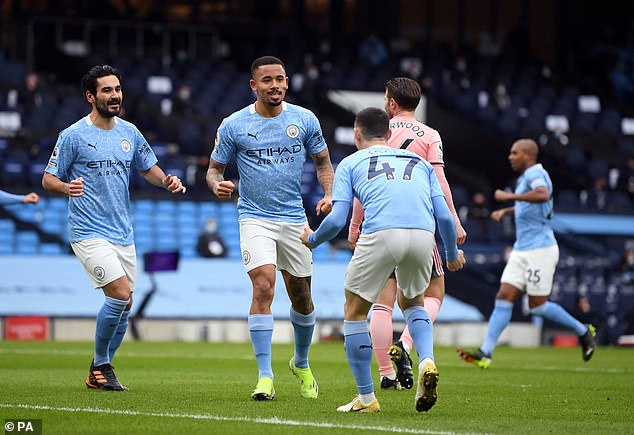 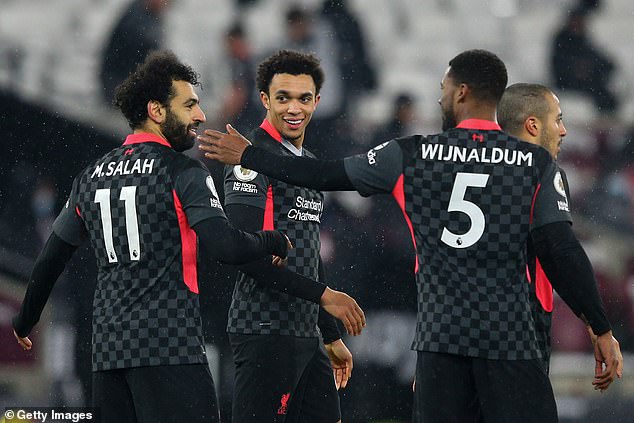 Time for Rashford, Cavani and Martial to deliver the goods

Just two games ago Manchester United were the talk of a title challenge, but following a shock defeat by basement boys Sheffield United and a goalless draw at a rejuvenated Arsenal, the cracks are ever so slightly starting to appear again.

United looked like City’s biggest threat just last week amid Liverpool’s alarming slump in front of goal but they now find themselves three points off their neighbours, who can extend that gap with their match in hand.

And Ole Gunnar Solskjaer will be desperate to get United’s title charge back on track at home to Southampton on Tuesday night, knowing that only victory will suffice.

United’s attack, most notably Marcus Rashford and Anthony Martial, have been out of sorts since Christmas and that was evident in their last two matches against Sheffield United and Arsenal.

In the Premier League, Rashford has only scored twice since Christmas while Martial has just one strike to his name in eight matches. Meanwhile, Edinson Cavani was wasteful at the Emirates on Saturday, missing two gilt-edged opportunities in the closing stages.

If United are to have any hope of challenging for the title during the season’s finale, then their strikers need to find their form once again. And with their hopes taking a dent in recent times, there will be no better time for Rashford and Co to deliver the goods than against Ralph Hasenhuttl’s tricky Saints. 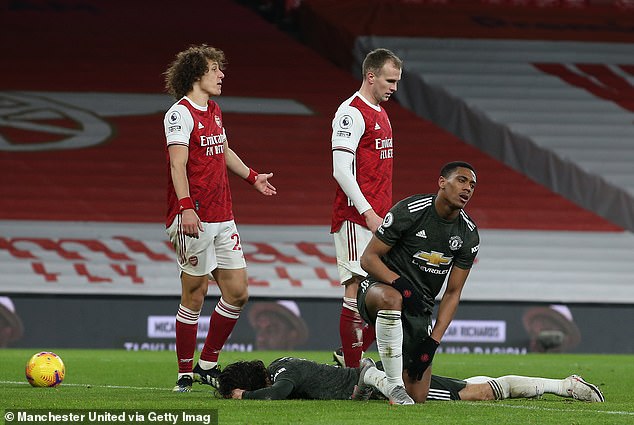 Shaqiri looking to make himself undroppable

When Liverpool’s team news dropped ahead of their clash at West Ham on Sunday afternoon, Sadio Mane’s absence due to a minor muscle injury alarmed supporters.

They had just again found their form with a thrilling win at Tottenham, and on Sunday it was up to Xherdan Shaqiri to help make the difference for Jurgen Klopp’s side.

And he did so in style, with an incredible assist for Mohamed Salah’s second at the London Stadium as Liverpool produced a deadly counter-attack.

The Switzerland international was at the heart of Liverpool’s best moments on the weekend – creating more chances (3) than any other player on the pitch.

It is not yet known whether Mane will feature against Brighton on Wednesday night at Anfield but if he doesn’t, Shaqiri will be desperate to seize his chance once again and make himself undroppable.

Liverpool have started to find their most deadly form once again after a horror blip following Christmas, and Klopp will be hoping that continues against Brighton as they look to keep the pressure on City. 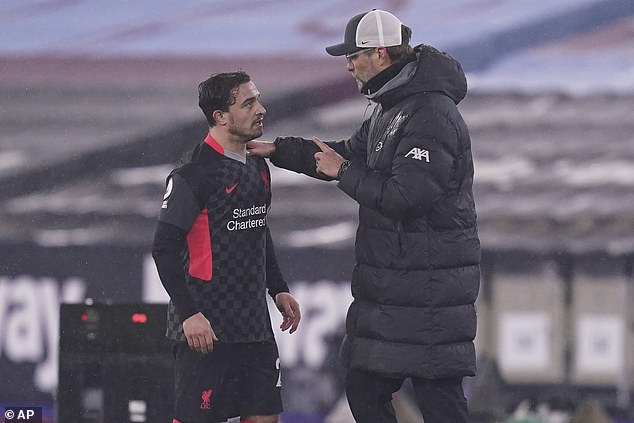 Can Burnley throw up another incredible twist in the title race?

Manchester City look formidable at the moment, knocking off eight consecutive Premier League wins and sitting pretty at the top of the table by three points – with their last dropped points coming at home against West Brom on December 15.

Not only have City been resolute in defence, but they have finally found their free-flowing attacking football again after a slow start to the season which threatened to derail their title challenge early on.

On this current form, they are heavy favourites to reclaim the top-flight crown but on Wednesday, Sean Dyche and his Burnley side will be hoping to spoil the party.

Turf Moor is never an easy place to go, and despite their defeat by Chelsea at the weekend, Burnley will be desperate to gun down City.

The Clarets had gone on a three-match winning streak prior to the Chelsea loss and had just started to find their form after a worrying start to the campaign.

They ended Liverpool’s 68-game unbeaten run at Anfield a couple of weeks back, and with real physical presence up top with Chris Wood leading the line, you certainly wouldn’t put it past Burnley to upset the odds once again. 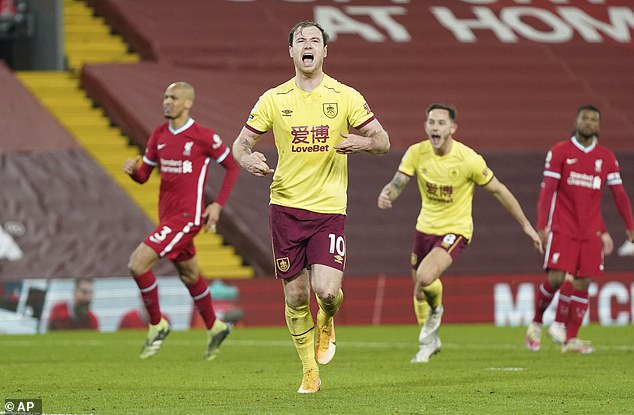 Battle of the minds between Mourinho and Tuchel

In what is the most eagerly-anticipated fixture of the midweek action, the managerial battle between Jose Mourinho and Thomas Tuchel makes Tottenham vs Chelsea even more compelling.

Tuchel will be desperate to kick on following his first win as Chelsea boss against Burnley with victory over the club’s heated rivals Tottenham.

And there would be no better way for the German to endear himself to the Blues faithful than with an emphatic display in north London.

Chelsea will be buoyed in the wake of Tottenham’s recent performances and results, losing 3-1 at home to Liverpool before producing an insipid display in the 1-0 defeat away at relegation-threatened Brighton.

But Mourinho will be eager to put that right and shut his critics up on Thursday night against his old club and a manager who is just as intricate as his counterpart when it comes to preparing his team for the next match.

It will be a fascinating managerial battle with two different philosophies on display, with Tuchel hoping for his Chelsea side to play intense, attacking football compared to a Mourinho side who will sit in and try to kill their London rivals on the counter.

Tuchel has admitted he wants to stop Chelsea being so vulnerable on the counter-attacks, so Thursday night represents a true test… 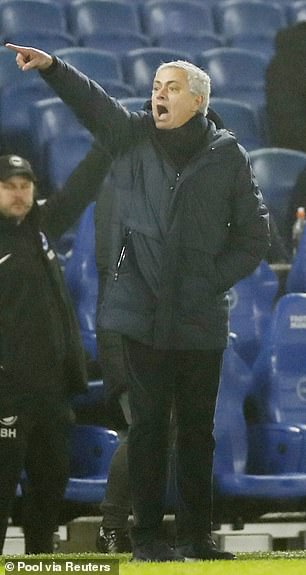 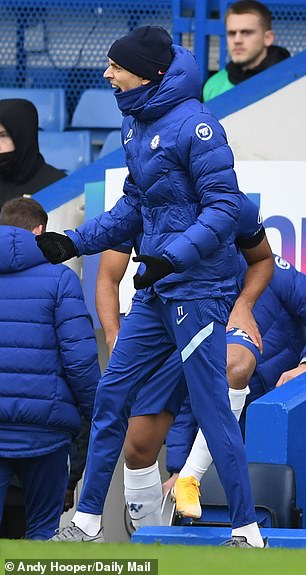 Sticking with the clash at the Tottenham Hotspur Stadium, there will be one player in particular looking to prove the difference once again. And that will be Chelsea’s forgotten man Marcos Alonso.

After being recalled to Chelsea’s starting XI for the first time since September, Alonso rounded off the 2-0 victory over Burnley in style with a spectacular volley after being played in by Christian Pulisic.

The Spaniard has been brought back in from the cold, and Tuchel looks set to offer him a lifeline after he looked a certainty to leave Stamford Bridge under Frank Lampard.

And he has no better chance to prove he has a future at Stamford Bridge under new boss Tuchel than against a Spurs side devoid in confidence.

The left back has a remarkable record against Tottenham, and his brace in a 2-1 win at Wembley in August 2017 – a brilliant free-kick and last-minute winner – is a fond memory for any Chelsea supporter.

How they will be hoping for Alonso to replicate that magic on Thursday night as Chelsea look to get their season back on track. They sit six points off the top four but victory in north London would give them immense confidence. 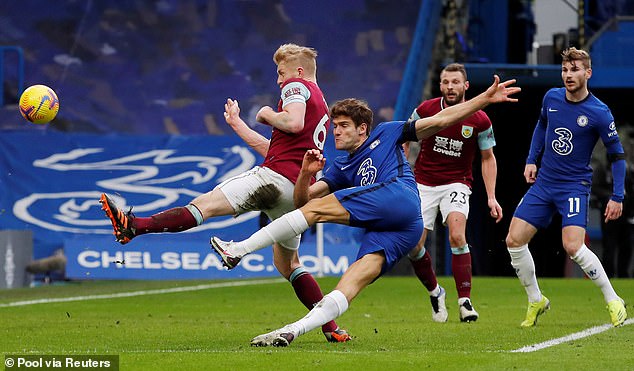 Wolves are enduring their toughest time yet since their promotion back to the top flight in 2018.

They can’t buy a win and you have to wind back to December 15 at home to Chelsea for their last victory in the Premier League.

During this alarming run, they have lost to the likes of West Brom and Crystal Palace while drawing against Brighton – all teams you would expect them to beat on their day.

Wolves languish in 14th position with 23 points from 21 matches, and it doesn’t get any easier for them as they take on a rejuvenated Arsenal side next at Molineux.

Arsenal are unbeaten since Christmas, having amassed 17 points from a possible 21. However, Mikel Arteta knows it will be an extremely tough task against a Wolves side desperate to end their slump. 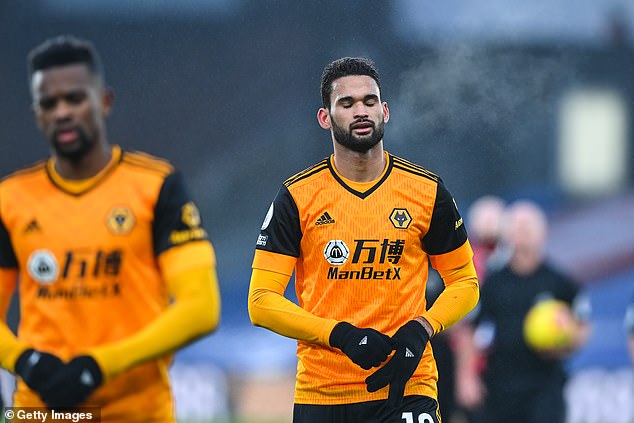 Hungry Foxes desperate to make a statement without Vardy

Not so long ago, there was some talk of Leicester potentially replicating their Premier League title heroics of the remarkable 2015-16 season.

But five dropped points later, and they have it all to do in the next few matches to keep the pressure on at the top of the table.

They followed up their draw at Everton with a disappointing 3-1 home defeat by Leeds, and without main man Jamie Vardy up top.

The striker recently had an operation on a long-standing hernia problem and has missed the last two Premier League fixtures, and is set to miss at least a few more.

Vardy is Leicester’s top goalscorer in the Premier League this season with 11 goals, only Mohamed Salah, Harry Kane and Son Heung-min have scored more. Harvey Barnes has the second most for the Foxes with seven to his name with James Maddison one further back.

Vardy’s absence is clearly damaging Leicester’s hopes, despite Brendan Rodgers saying they can cope without him, and with relegation-threatened Fulham coming up next on Wednesday, the manager will be desperate for the rest of his attack to deliver the goods as they look to return to winning ways as quickly as possible. 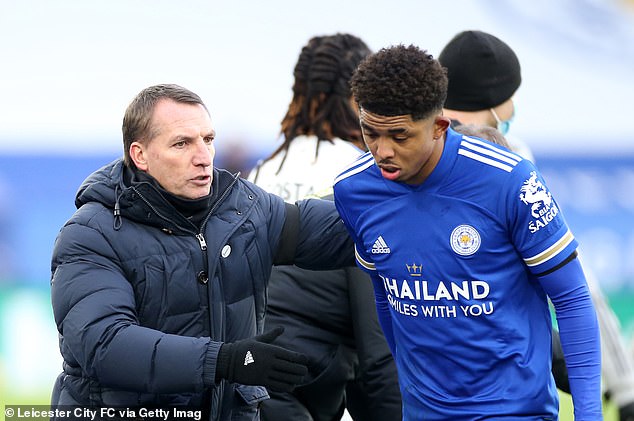 Without Jamie Vardy up top, Leicester have failed to win their last two Premier League games

Battle of the surprise packages at Villa Park

On the final day of last season, Aston Villa survived by the skin of their teeth following a 1-1 draw away at the London Stadium against West Ham.

Villa retained their status in the top flight by just one point above Bournemouth in 18th, but for West Ham last season wasn’t plain-sailing either.

The Hammers finished a lowly 16th – just four points ahead of Villa with the club’s fans showing their discontent towards the owners.

But fast forward to the present day and both sides’ fortunes couldn’t be any different. West Ham find themselves in fifth place., Villa sit ninth but if they were to win their two matches in hand, Dean Smith’s side would be just one point off the Champions League spots.

They have both been in incredible form this season, and victory for either side on Wednesday would further enhance their European dreams. 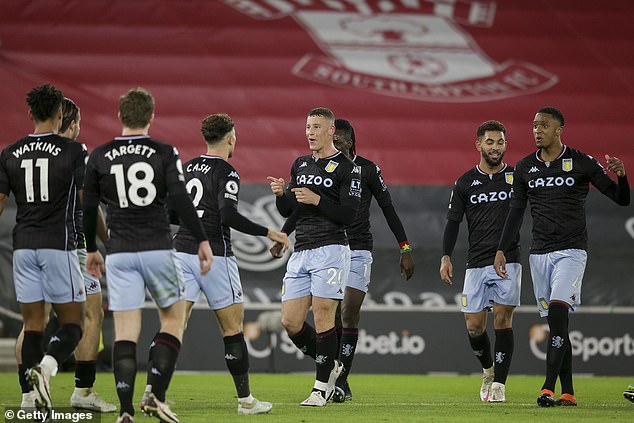 It’s time to move on from the surprise packages, and now discuss basement boys Sheffield United and West Brom.

It has been a horrible season for West Brom and Sheffield United, who sit 19th and 20th respectively having both won just twice each all season from their opening 21 fixtures of the campaign.

They appear are all set for Championship football next season, with the Baggies nine points adrift of safety and the Blades 13 points off 17th.

And on Tuesday evening, it’s already last chance saloon for both clubs as they battle it out at Bramall Lane looking to make the great escape. 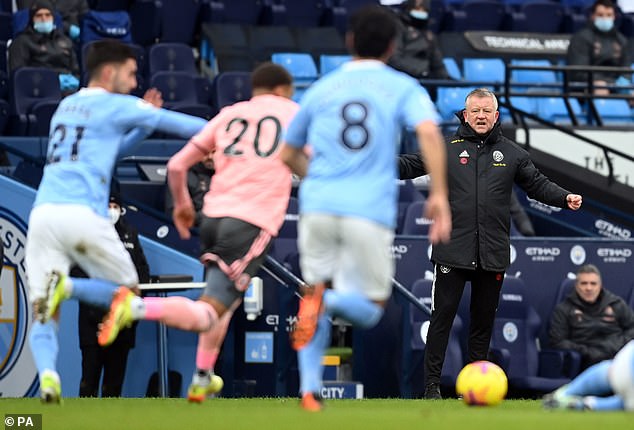 And will there be any new signings to look out for?

The winter transfer window closed last night and the midweek fixtures could hand debut outings to a number of players in the Premier League.

Clubs made last-ditch swoops before the 11pm deadline, with Liverpool landing Schalke centre-back Ozan Kabak to ease their defensive crisis having snapped up Ben Davies from Preston earlier in the day.

Among the other movers, Arsenal waved Ainsley Maitland-Niles off to West Brom, Everton took Joshua King from Bournemouth, Takumi Minamino left Liverpool for Southampton and Joe Willock is now at Newcastle.