Forget the fame, silverware, and the millions of pounds on offer in the Premier League. Even the honour of representing your country falls below the honour each and every footballer truly strives for.

Every football club has a select few cult heroes who are celebrated for their achievements in a variety of ways. Perhaps the most prestigious of these is for the local boozer to rename their establishment after the player who has brought them so much joy on the pitch.

Who wants a statue made or a stadium named after you, when it can be your name emblazoned above the favourite pub of your beloved fans? Bearing this in mind, Daily Star Sport has taken a look at seven footballers and managers who have achieved true greatness with the ultimate tribute from their supporters.

The former Burnley manager may have been dismissed from Turf Moor earlier this year as the club owners made a desperate yet doomed bid to prevent the Clarets relegation. However, Dyche's achievements in a decade at the club have clearly not been forgotten.

The owners of the Royal Dyche pub – previously known as The Princess Royal – have decided to stick with their name in tribute to their former manager. Dyche secured two Premier League promotions during his time in the hot seat, as well as leading Burnley to European football via the Europa League qualifying rounds in 2018.

Edwards was regarded as one of the leading members of Manchester United's Busby Babes, and was tragically one of 23 people to die in the Munich Air Disaster in 1958. Club legend and World Cup winner Sir Bobby Charlton described his former team-mate as "the only player that made me feel inferior".

A number of tributes has been paid to Edwards in his hometown of Dudley, and one of these was the pub formerly known as The Wren's Nest. Located just 100 yards from where the former United star was born, the pub closed in 2005 and was demolished a year later.

The Southampton legend has come under fire for several controversial social media posts in recent months, and no longer works as a pundit on Sky Sports' Soccer Saturday. Le Tissier recently reopened The Lapstone in Horton Heath, but once had a pub named after him.

209 goals in 540 Saints appearances during a career than spanned 15 years was enough to earn the moniker of 'Le God' and perhaps most impressively, the Le Tissier Arms. However, this association with the 53-year-old is no more, with the pub now known as the Chapel Arms.

The former USA international was one of the first stateside exports to make an impact in the Premier League. McBride was twice named Fulham's player of the year, scoring 39 goals and even going on to captain the club.

This hard work was truly rewarded off the field when the club decided to rename the Craven Cottage pub in the striker's honour. McBride finished his playing career at Chicago Fire, and was named the general manager of his country's national men's team in January 2020. 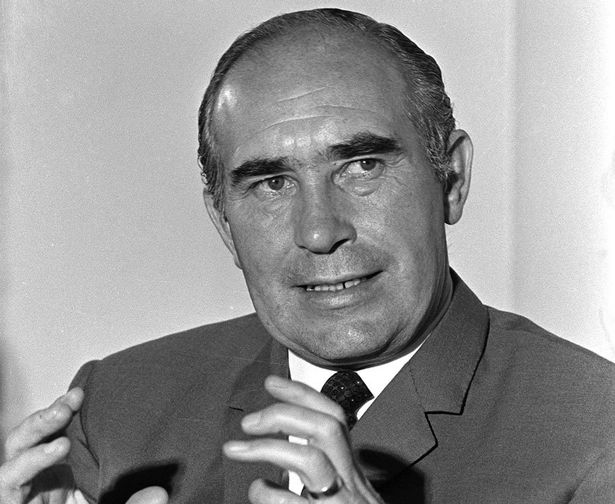 While Gareth Southgate plots to become the second name on the list this winter, Sir Alf remains the only man to have led England to World Cup glory. The former Ipswich Town boss was rewarded for his 'wingless wonders' approach as the Three Lions triumphed on home soil in 1966.

Of course, the most fitting tribute for such an achievement was for the England legend's name to adorn a Tunbridge Wells pub. However, the establishment closed its doors for the last time in 2017 to make way for new houses.

The lifelong Newcastle United fan fulfilled a lifelong dream by pulling on the famous black-and-white and surpassing Jackie Milburn to become the club's all-time leading goalscorer. Shearer went home for a world-record fee in 1996, and rewarded the Toon with 206 goals over the next decade.

A bar in the Gallowgate end of St James' Park was opened in his name in 2004, only to be renamed Nine Bar in 2013 during the Mike Ashley era. However, the Geordie great's name was restored above the establishment by the club's new owners in March this year. Wright is one of Wolves' greatest ever players, helping the club to win three top-flight titles and the FA Cup in 1949. The defender came second only to Real Madrid legend Alfredo Di Stefano for the Ballon d'Or in 1957.

These achievements led to Wright being awarded a CBE in 1959, and a statue of the legendary centre-back stands outside Molineux. Perhaps most impressively however, the club icon is remembered with a pub in his name on Princess Street.

Rodgers praises Leicester's 'desire' as they fight grom behind to win

FM22 review: It's a 'tinker man' update but an important upgrade