Home » Soccer » Aaron Connolly: Republic of Ireland striker does not regret moving seat which cost him place in team

Aaron Connolly has moved on from the decision to move seat which cost him his place in the Republic of Ireland team for last month’s Euro 2020 play-off semi-final in Slovakia.

The 20-year-old Brighton striker had been picked to start in Bratislava when it emerged that he and Norwich counterpart Adam Idah, who was due to be among the substitutes, had been sitting too close to a member of staff, who later tested positive for Covid-19, on the flight over, and both were withdrawn from the squad.

Asked if he regretted his decision to leave his allotted seat, Connolly said: “No, and it’s frustrating when people say that. I left my seat, but I didn’t know I was going to sit beside someone who had a positive test.

“I could have stayed in my seat and someone beside me could have had it and I would have got away with it as I’d moved down the back.

“To see stuff like that is frustrating, even on social media. I moved my seat, but how was I meant to know where someone who tested positive was sat?

“I don’t look back and think I wish I had sat there. It happened and I’ve moved on.” 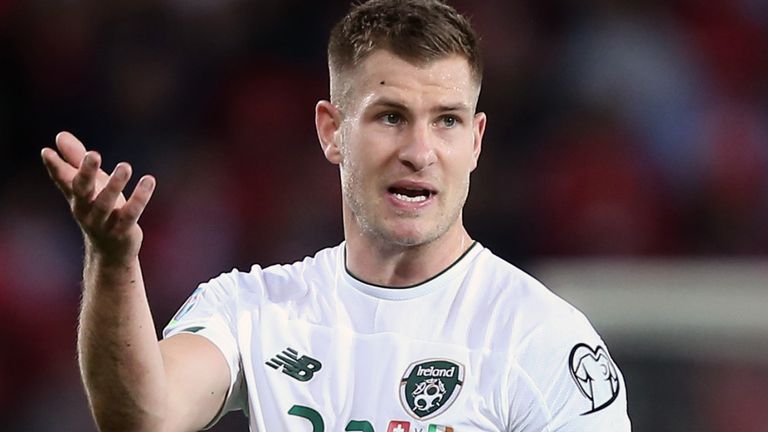 Luton Town striker James Collins has been called into the Republic of Ireland squad for the first time under manager Stephen Kenny.

Collins, who scored on his full international debut in a 3-1 win against Bulgaria last year, is named among the attacking options following the international retirement of Sheffield United striker David McGoldrick.

Kenny has named a 26-man squad this month’s international fixtures which see them face England in a friendly clash at Wembley on Thursday night before taking on Wales and Bulgaria in the UEFA Nations League.

Republic of Ireland captain Seamus Coleman returns to the squad after the Everton right-back was ruled out of the October international break with a hamstring injury.