Tammy Abraham said he celebrated his crucial goal-line clearance more than the strike which saw Chelsea edge past Barnsley to qualify for the FA Cup quarter-finals.

The Blues struggled to replicate some of the swift attacking play they have played under Thomas Tuchel, but made it four wins from five under the German boss at Oakwell.

England forward Abraham tapped home the decisive goal from inside the six-yard box following a low ball across the box from Reece James. 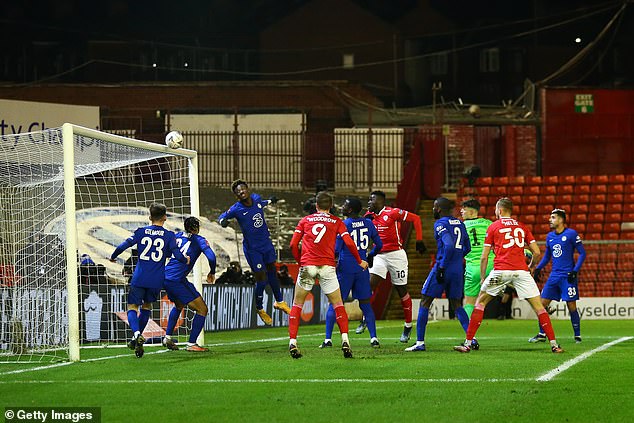 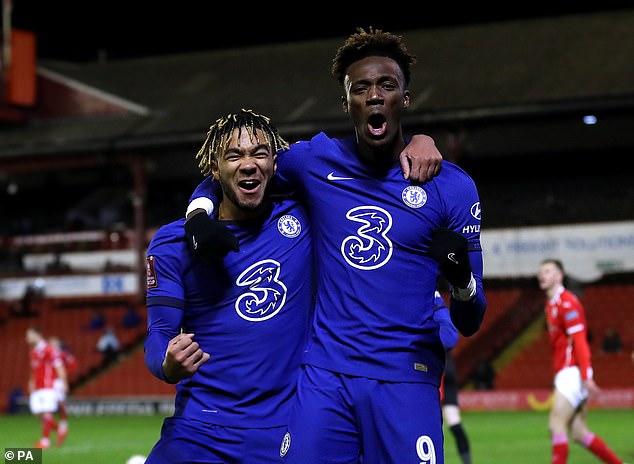 But the 23-year-old also made a crucial intervention a few minutes later in his own box after managing to head Barnsley substitute Michael Sollbauer’s goal-bound stab following a free-kick over his own bar.

And speaking to BBC Sport after the game, the striker – who began his career as a defender – said he was able to react so quickly due to his experiences in youth football.

‘I grew up being a defender so it was instinctive reactions, just getting in there and being in the right place,’ Abraham said.

‘I saw the ball coming and told myself ‘I have to do this, I have to try something’ and it worked.’ 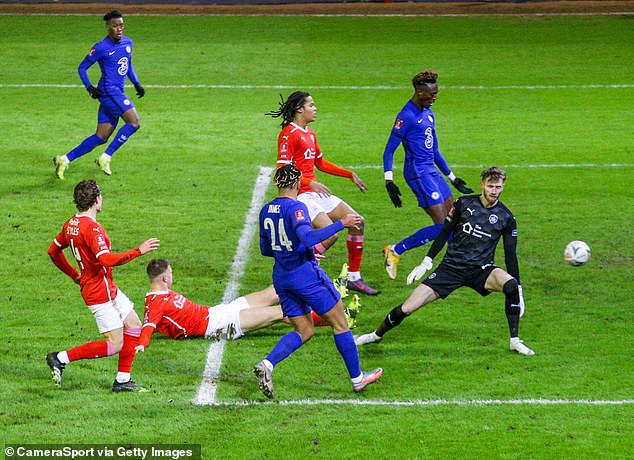 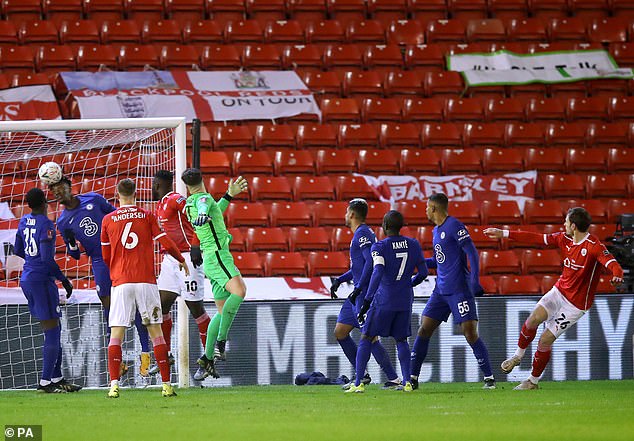 Asked which crucial moment in the game he celebrated more, he replied: ‘Probably the goal-line clearance, it is a 1-0 win and coming here is never easy so we will take that.’

Speaking to The Athletic in 2019, the club secretary of Abraham’s junior club Bruin JFC – Gary Tennent – said: ‘He [Abraham] was the tallest kid and with five-a-side, you play all the different positions but he was so tall that we tended to play him at the back.’

Abraham trained at Bruin until he was offered him a full academy place by Chelsea as part of the club’s U9s.

He has since been converted into a striker and his latest goal – his 12th across all competitions in the current campaign – has set up a home last-eight tie with fellow Premier League side Sheffield United. 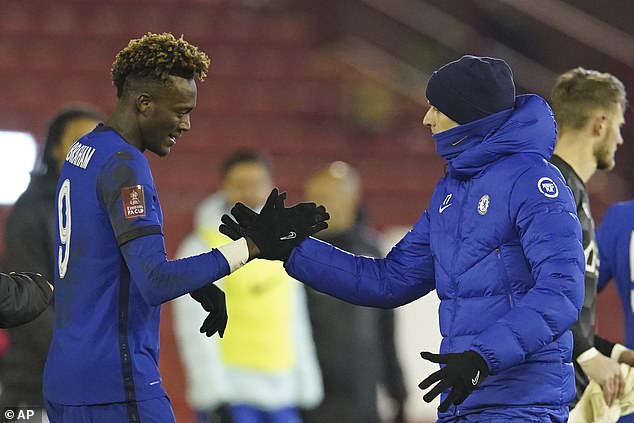 ‘If it were against Bayern, the referee would have whistled’ – Reus rages after Dortmund defeat