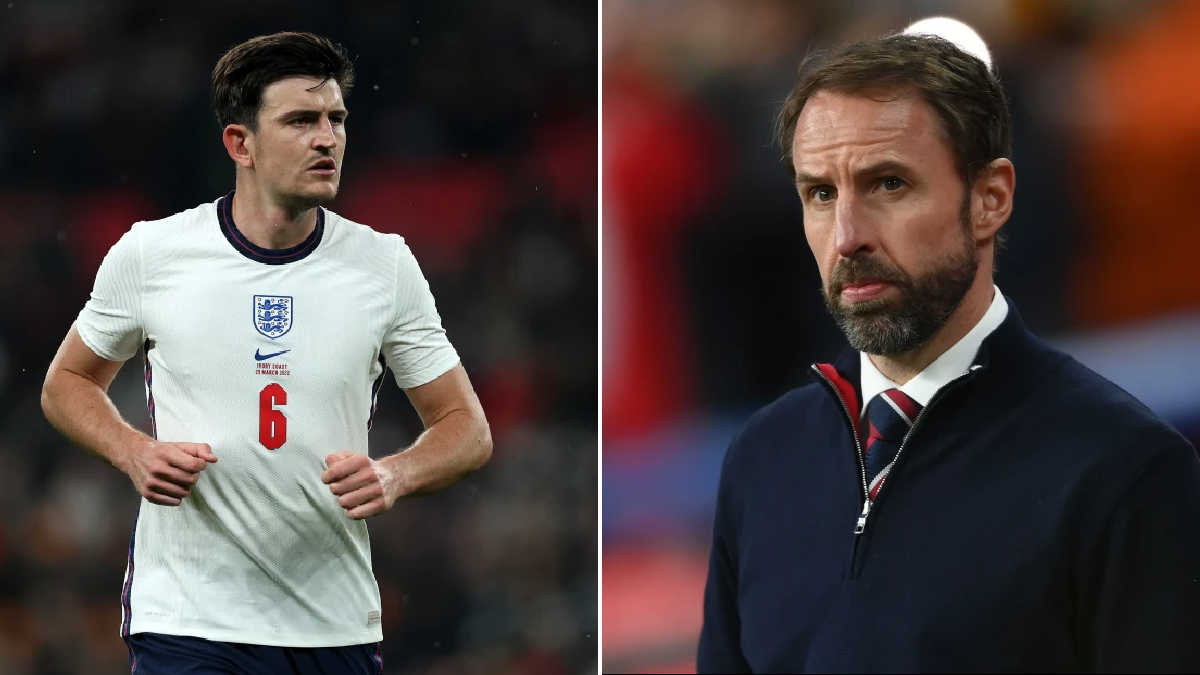 Gareth Southgate has hit out at England fans who opted to boo defender Harry Maguire in tonight’s friendly at Wembley.

The Manchester United defender played the full 90 minutes in England’s 3-0 win over Ivory Coast but the night was soured by boos pre-match.

Maguire has endured a difficult season by his standards for his club and it seems a section of England supporters felt he didn’t deserve a start this evening.

Southgate blasted those who decided to boo when his name was read out pre-match and also his touches in the early stages of the game.

‘I thought the reception was a joke, an absolute joke,’ he said.

‘The way he has performed for us has been absolutely phenomenal. I don’t get it. We’re either all in this together or we’re not.

‘He’s in an England shirt and not only should you support a player in an England shirt regardless, but when you’ve played at the level he has for us and put the performances in he has, it should be total commitment behind him. I don’t get it at all.

‘His performance was pretty faultless really. He stepped out from the back really well for his first goal, was involved in the second one too.

‘The team are totally united. We recognise everyone has difficult moments but he’s a top player and he will come through it.

‘They are real England fans and some are influenced by whatever – social media or players that played previously who are influencing opinion.

‘The club situation is obviously very difficult but he’s in an England shirt.

‘I remember decades ago a few players being booed in an England shirt and it’s never been acceptable to me. Fans should always get behind their team.’

Earlier this month, Southgate defended his selection of Maguire in the England squad for this month’s friendlies, insisting the defender ‘can play at the highest level.’

Maguire played a key part in England’s 2018 World Cup semi-final campaign and their Euro 2020 final run, but has faced calls to be dropped at United following a tough spell.

Goals from Ollie Watkins, Raheem Sterling and Tyrone Mings were enough to see off Ivory Coast, who played the entire second half with 10-men after Serge Aurier was sent off for two yellow card offences.