AC Milan were furious with the controversial decision to issue a penalty and give Fikayo Tomori a red card in their 2-0 Champions League defeat to Chelsea.

The England international was shown his marching orders against his former club after dragging back Mason Mount in the 18th minute during their clash at the San Siro on Tuesday night.

Jorginho scored the resulting penalty, before Pierre-Emerick Aubameyang added a second for the Blues. AC Milan manager Stefano Pioli, and midfielder Sandro Tonali, both voiced their anger at referee Daniel Siebert after the game. 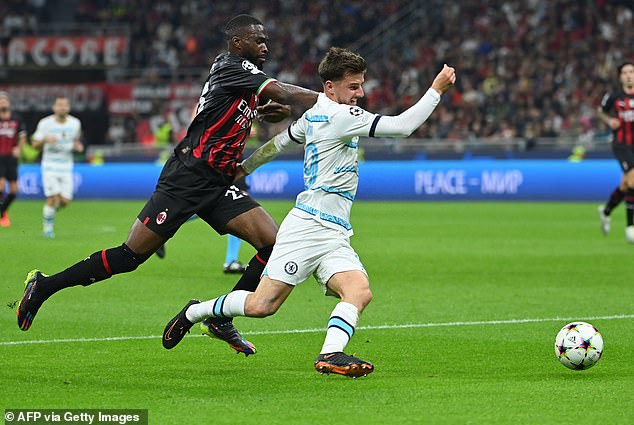 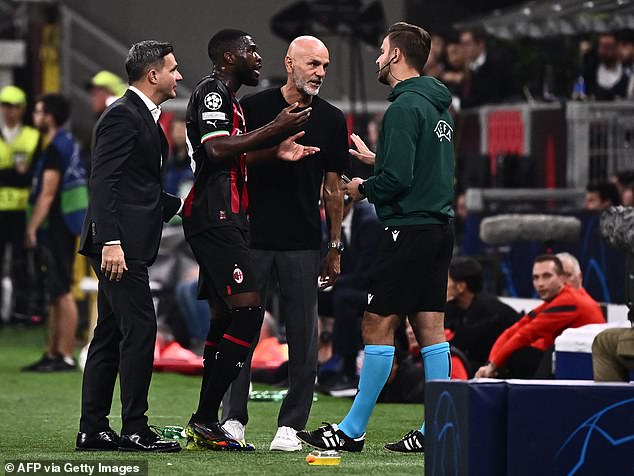 ‘The red card and penalty changed the game, against a team that was already strong and did not need to have an extra man too, Pioli told Mediaset Infinity as per Football Italia.

‘I don’t need to see the replay, it was too easy to judge that incident. I told the referee what I thought of him after the match. My English isn’t exactly fluent, but I think he got the general idea.

‘It’s a negative result, but our destiny remains in our hands. If we want to be competitive in Europe too, we need to win the next two, and we have every chance of doing that.’ 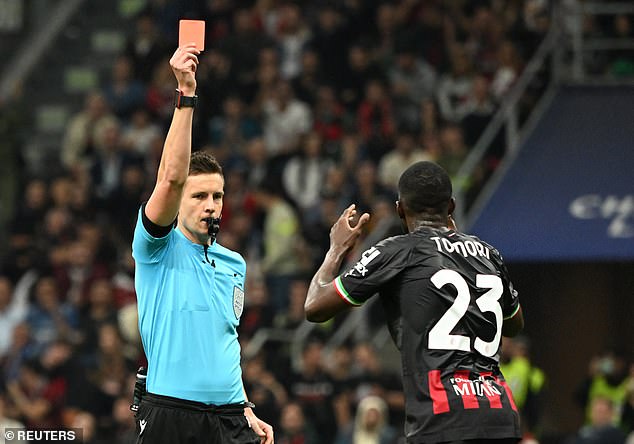 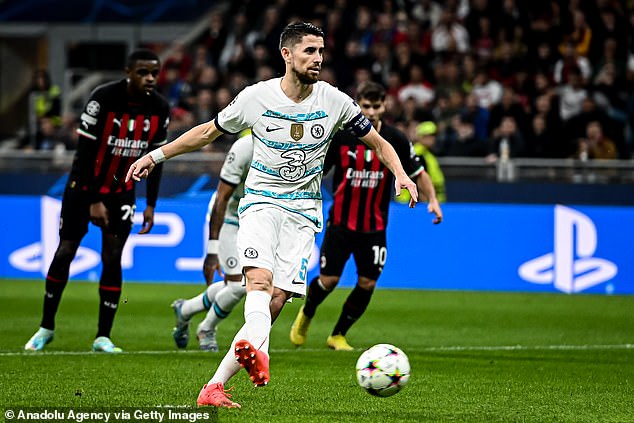 Tonali, who was given a yellow card during the clash, claimed that football is turning into basketball where ‘any touch is a foul’.

He also hit out at a number of embarrassing decisions that went against them on the night.

Tomori told Sky Sports Italia while watching a replay of Tomori’s challenge: ‘There are so many incidents like that during a game. When you give a penalty and a red card after 18 minutes, for a touch like that.

‘We may as well make it basketball where any touch is a foul. It felt like that anyway, we had several yellow cards for ridiculous, embarrassing free kicks in the first half alone.

‘Anyway, we have to look at the rest of the game. We tried to play with pride and passion, even if it was very difficult in the circumstances. 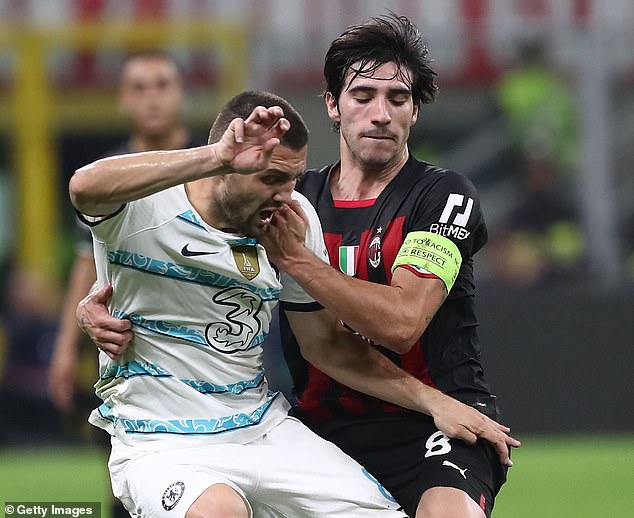 ‘It’s disappointing for all the fans who came here tonight, packed the stadium and expected a different match. We thank them for coming.’

It capped off a disappointing pair of games against his former side for Tomori, after Graham Potter’s side cruised to a 3-0 victory at Stamford Bridge last week.

Tomori has been a big success at the San Siro, helping them to win the Serie A title last season.

His straight red card was a comedown for the centre-back after he scored the opener in a 2-0 victory over rivals Juventus at the weekend.

Chelsea now top the group with seven points, one ahead of RB Leipzig, while AC Milan have got some work to do in their final pair of games, as they sit two points behind the Bundesliga side.

Ronaldo insists United should NOT have sacked Ole Gunnar Solskjaer

Leeds wonderkid Gnonto opens up on his Premier League breakthrough