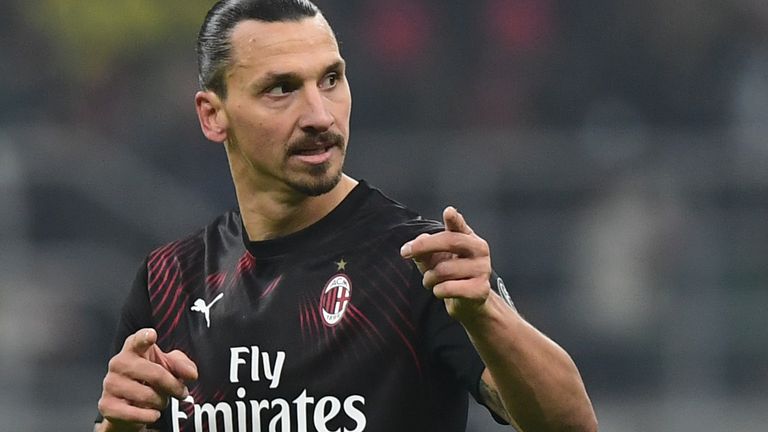 Zlatan Ibrahimovic is training with Swedish side Hammarby – a club he parts owns – after returning to his homeland during the coronavirus pandemic.

The AC Milan striker, who was allowed to leave Italy due to the ongoing worldwide crisis, bought a 25 per cent stake in Hammarby last November.

Ibrahimovic linked up with some members of the first-team squad on Thursday and manager Jesper Jansson says the 38-year-old is welcome to continue training with them.

“Zlatan has been home in Stockholm with his family for a while during the break in Europe, and felt he wanted to touch the ball again,” Jansson told the club’s official website.

“Of course, we were positive about it, so he was here today and trained.

“During the break we have had voluntary training, and on Monday we will restart the collective training.

“Zlatan is of course welcome to train with us then as well, but it remains to be seen how that will happen.”

Sweden has so far resisted imposing lockdown measures, despite the number of confirmed coronavirus cases there approaching 10,000 – with 793 deaths. As of Tuesday gatherings of up to 50 people were still permitted with bars and restaurants etc still open.

Ibrahimovic re-joined Milan on a six-month deal in January following the expiration of his contract with MLS side LA Galaxy.