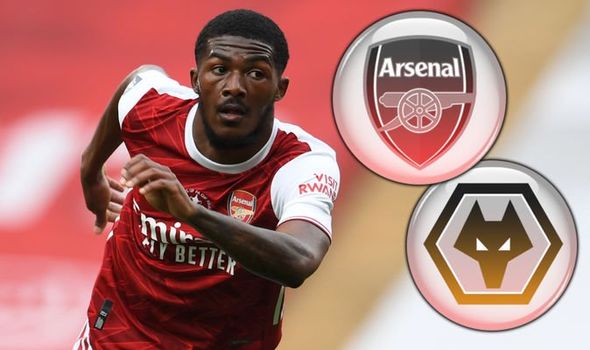 Ainsley Maitland-Niles is still focused on Arsenal and their preparations for this weekend’s Community Shield although the Gunners could agree a deal for the midfielder to join Wolves in the coming days.

Wolves had a £15million opening bid for Maitland-Niles rejected on Wednesday with Arsenal wanting at least £20m.

Sky Sports claim that the Midlands outfit are expected to return with an improved second offer.

Wolves boss Nuno Espirito Santo sees the versatile Arsenal academy graduate as a player who can improve his options in central midfield and at full-back.

The Wolves boss could offer him regular minutes in his favoured box-to-box midfield role, which would appeal to Maitland-Niles.

The 22-year-old impressed in a wing-back role against Wolves’ Adama Traore in July, coming on after an hour to replace Kieran Tierney – who had a rare off-day against the pacey winger – in Arsenal’s 2-0 Molineux win. 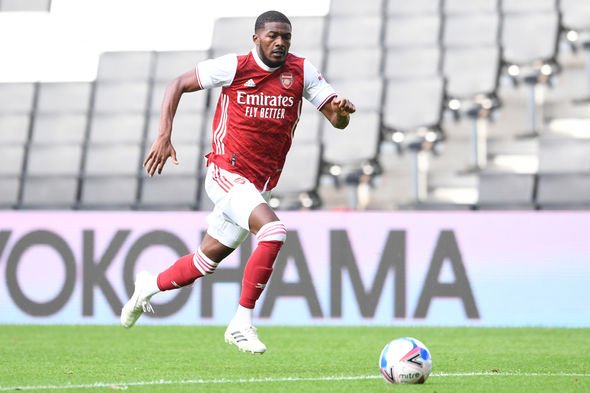 Yet according to the Daily Mirror, Maitland-Niles is not distracted by the speculation over his future and is fully focused on this Saturday’s Wembley showdown.

FA Cup winners Arsenal kick off their 2020-21 season against Premier League champions Liverpool as they look to win their fourth Community Shield since 2014.

And Maitland-Niles, who played 33 times across all competitions last term and has made exactly 100 appearances overall for Arsenal, is keen to play his part.

He is not concerned about the situation over his future despite the former England under-21 international being available for sale.

Arsenal manager Mikel Arteta would reportedly prefer to keep Maitland-Niles because of his versatility.

Last month, the Spanish coach declared that he “has everything” after “a really good performance” in the FA Cup semi-final win over Manchester City.

But the Wolves target, also liked by Brighton and Newcastle as well as clubs in Germany, can help the Gunners to offset their recent spending.

Centre-back Gabriel Magalhaes is due to move to the Emirates from Lille imminently in a deal worth up to £27million.

Maitland-Niles is one of few players, who, at £20m, can help give Arsenal the funds to make more signings.

Arteta is keen to bring in Thomas Partey from Atletico Madrid but his £45m release clause is currently out of their reach.

Yet selling their academy graduate, who has three years left on his contract, could help raise the cash to fund a move for the Ghanaian.

Meanwhile, Fulham are keen to sign Emile Smith Rowe on a season-long loan from Arsenal.

Arteta has ambitions to give the 20-year-old attacking midfielder an opportunity in the first team this season. 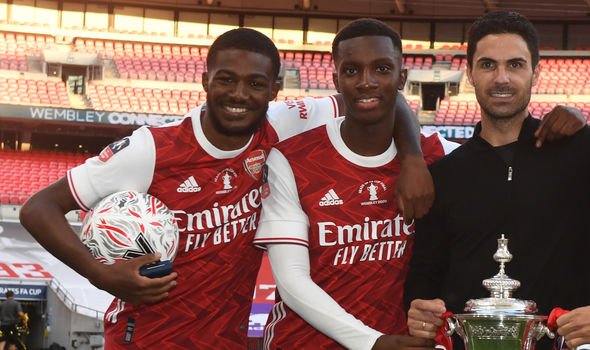 But newly-promoted Fulham, managed by Scott Parker, would like to add him to their ranks for 12 months at Craven Cottage.

Arsenal rejected a loan offer for England youth international Smith Rowe from Monaco this week after his successful stint at Huddersfield in the Championship last term.

Leeds and Crystal Palace are also thought to have shown interest in the Croydon-born creator, who is highly rated at Arsenal and had a spell at RB Leipzig in 2018-19.

‘What’s left?’: A-League to be suspended