Ajax manager Alfred Schreuder has taunted Manchester United over their lack of Champions League football as he called on his club to do everything they can to keep hold of Antony. The Red Devils are believed to be weighing up one final offer after seeing their most recent approach rejected, and the winger is thought to be keen on a reunion with former Ajax boss Erik ten Hag.

Schreuder, who took over from Ten Hag when he headed to Old Trafford at the end of last season, spoke after Steven Bergwijn scored the winner in a 1-0 win over Sparta Rotterdam on Sunday. The Dutch giants are sitting pretty at the top of the table with three wins from three and Antony has started the season in fine form.

He wasn’t selected as part of the squad on Sunday, however, after he refused to train with his team-mates in the lead-up to the match. Antony is seemingly trying to push through a move to United, who are expected to come back with one final bid after their latest £67.6million package was turned down. 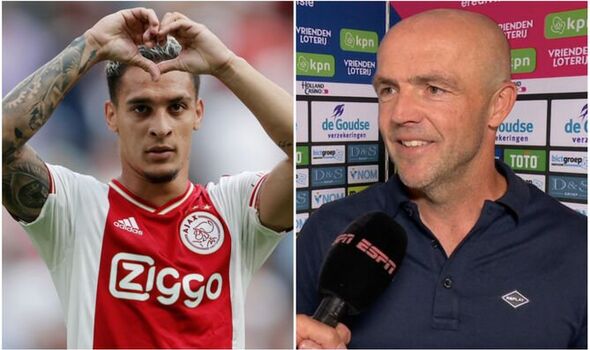 United missed out on Champions League football last term after spluttering to a sixth-place finish, which has made their life difficult in the transfer market this summer. But Antony is still rumoured to be keen on a switch to Old Trafford where he would be one of Ten Hag’s key attacking threats.

“I want Antony to stay,” continued Shreuder. “I am assuming that the club will not sell him. The money that is being thrown around these days is crazy. But I would not find it okay if we sell another player. We are in a powerful position, financially.”

Indeed, Ajax have already raised plenty of cash this summer by parting company with Sebastian Haller and Ryan Gravenberch, among others. Lisandro Martinez landed their biggest fee of all as the Argentine defender headed to Man Utd in a £57m deal, but Ten Hag evidently still has his eye on one or two more of his former players.

The United board are scrambling for new additions to the squad after a torrid start to the season, with defeats against Brighton and Brentford leaving them bottom of the table. Even if they successfully sign Antony, they may not stop there with PSV attacker Cody Gakpo also thought to be in the Red Devils’ sights. 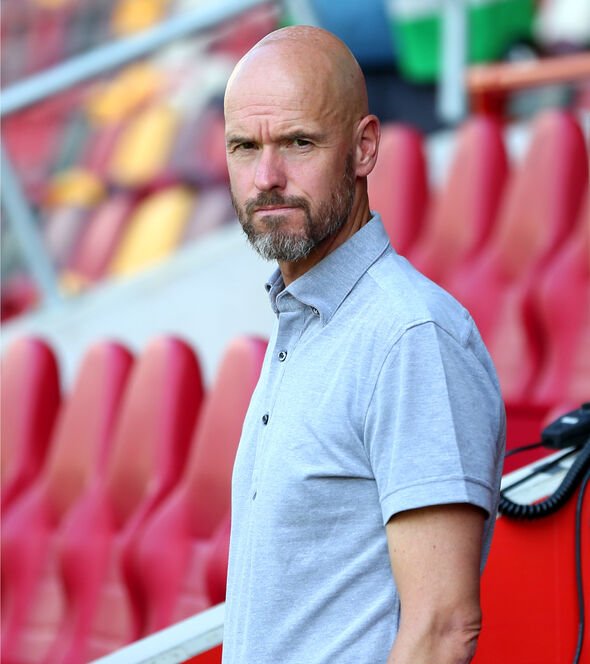 A group of United players are rumoured to have pleaded with the board to back Ten Hag in the transfer window after months spent dallying on the likes of Frenkie de Jong. A wave of stars left Old Trafford at the end of June and Cristiano Ronaldo could follow suit, having asked to leave last month.

On Friday, United announced an agreement in principal with Real Madrid for experienced midfielder Casemiro. The Brazilian was due to be unveiled before the bitter clash against Liverpool on Monday, but visa issues have reportedly delayed the deal’s final touches.