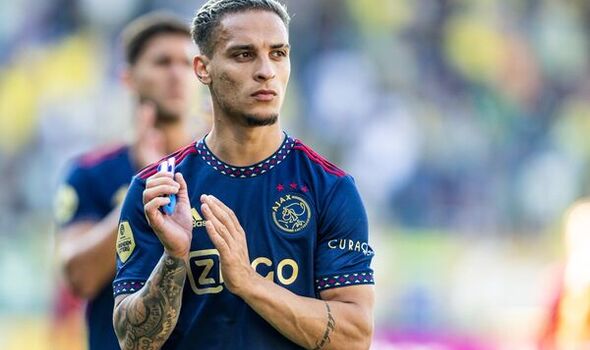 Ajax manager Alfred Schreuder has been left furious with star winger Antony’s behaviour ahead of his imminent big-money transfer to Manchester United. The Brazilian 22-year-old has been linked with a switch to Old Trafford throughout the majority of the summer window, and looks set to finally put pen to paper and sign a deal with the Red Devils on Tuesday.

United are expected to pay a whopping initial £80.75m for the player, with a further £4.25m in add-ons. It will be the most expensive transfer in Eredivisie history, and Antony will become the third player to join Erik ten Hag’s side from the Dutch league this summer following the additions of defenders Tyrell Malacia from Feyenoord and Lisandro Martinez also from Ajax.

Antony effectively went on strike in order to force through a move to United. He failed to turn up to training on a number of occasions and made it clear he would refuse to play for Ajax again until they let him go. 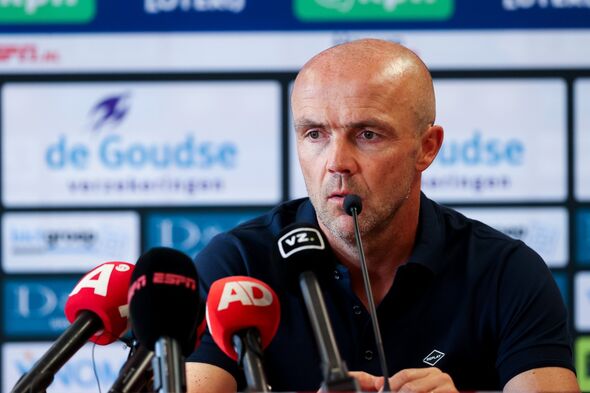 “I think that’s weird. He was eventually spoken to about it. I understand if you’re disappointed for a day or two, but you’re also a professional. But within a few days you will understand what is going on. Now I’ll just continue with the guys who are there.”

Continuing his tirade, Schreuder also lashed out at the Ajax board for their decision to go against his wishes in selling Antony. “Of course, there are several people who make the decisions,” he added. “I just think it’s bad it happens. I’m angry about it too. What are we doing now? That frustrates you as a coach. Then I think: you’re just one player.

“You just have to do your thing. I talk to him about it and hear his side of the story. You try to brush it off as a coach and move on with the guys you do have. But my personal feeling is that it’s just bad.”

United are expected to confirm the arrival of Antony in the coming hours, and a video of him arriving at their Carrington training ground on Monday went viral on social media. It is expected that he will not be signed in time to face Leicester City in United’s next game on Thursday, but could well be in the squad to take on Arsenal in Sunday’s huge match.

Sky Sports transfer expert Dharmesh Sheth told The Transfer Show: “He has to be registered by midday on Wednesday if he is to feature in Manchester United’s next Premier League game, which is away at Leicester on Thursday.

“I’m told that might be a bit of a stretch, simply because he’ll need a visa and a work permit. We’re more likely to see Antony performing for Manchester United at Old Trafford on Sunday against Arsenal.”

AC Milan 'in talks with Bournemouth to re-sign Asmir Begovic'

Ferran Torres: Who is the Manchester City target and Valencia winger?