Ajax posted an emotional farewell to Donny van de Beek after the midfielder completed a £40million transfer to Manchester United.

The Holland international, 23, came through the youth system and played a major role in the club’s run to the semi-finals of the Champions League in 2019.

And the Dutch club posted a video of Van de Beek’s time at the club, with the midfielder speaking to his Dad on the phone in the voiceover. 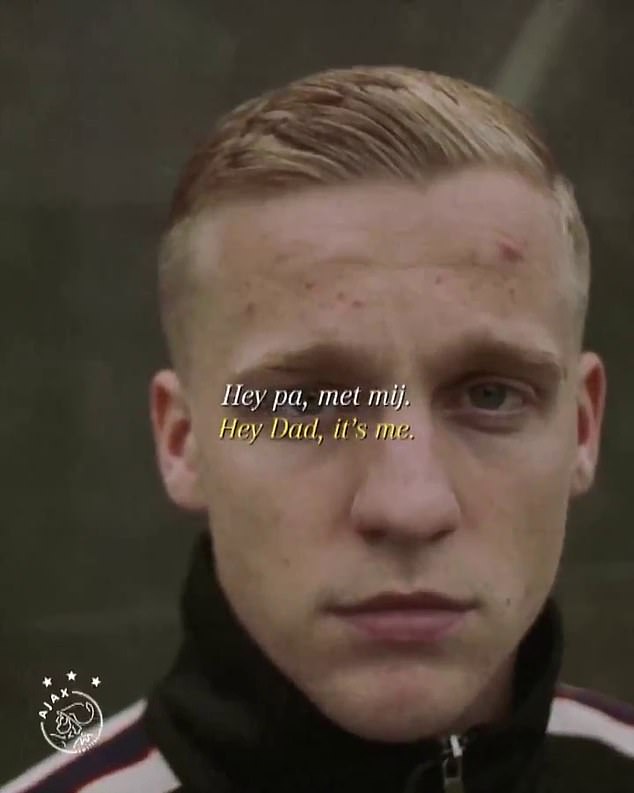 ‘I am so thankful for all your support from trainers, team-mates, fans and from you guys. Thank you, Dad. Thank you for everything.

‘Now it’s time. Time for the next step. Time for a new dream.’

A product of Ajax’s famous academy, the midfielder has made 175 appearances for the Dutch club, scoring 41 goals. 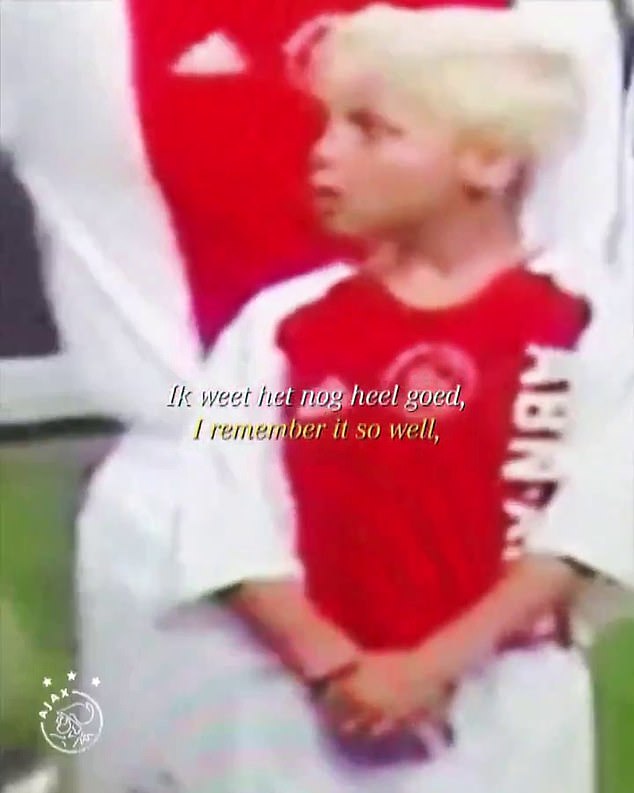 The Holland international, 23, came through the famous academy of the Dutch club 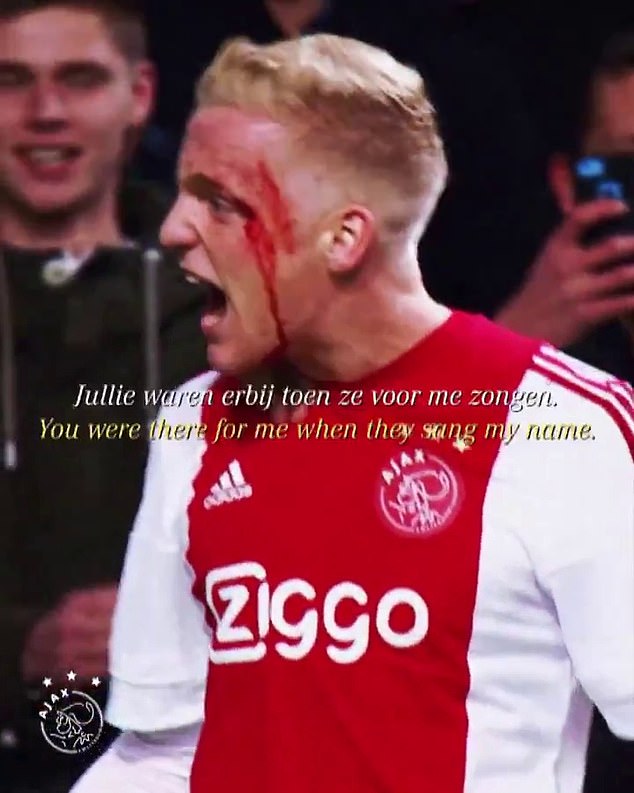 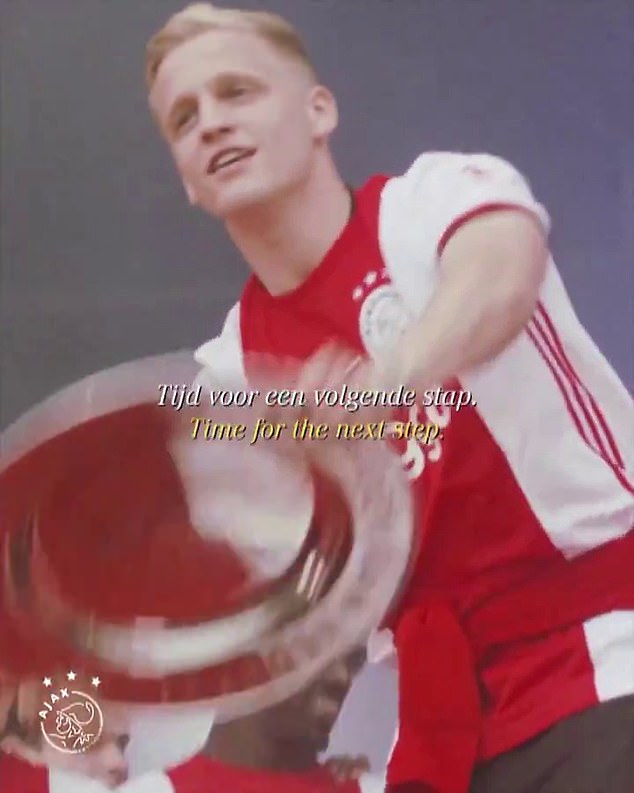 He won the Eredivisie and the Dutch Cup in the 2018-19 campaign, and was part of the Ajax side that was beaten by United in the 2017 Europa League final.

Van de Beek left the club on Wednesday and joined United on a five-year contract, with an option to extend for a further year, believed to be worth around £107,000-a-week before bonuses.

He becomes Ole Gunnar Solskjaer’s first signing of the summer and could now form part of an exciting midfield trio alongside Paul Pogba and Bruno Fernandes. 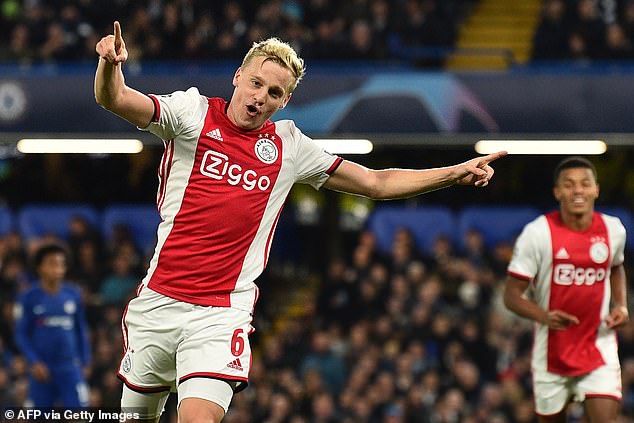 After completing his move, Van de Beek said: ‘I cannot begin to explain how incredible an opportunity it is to join a club with such an amazing history.

‘I would like to thank everyone at Ajax. I grew up there and I will always have a special bond with the club.

‘I am now ready to take the next step in my career and perform at the highest level and there is no higher standard than Manchester United. 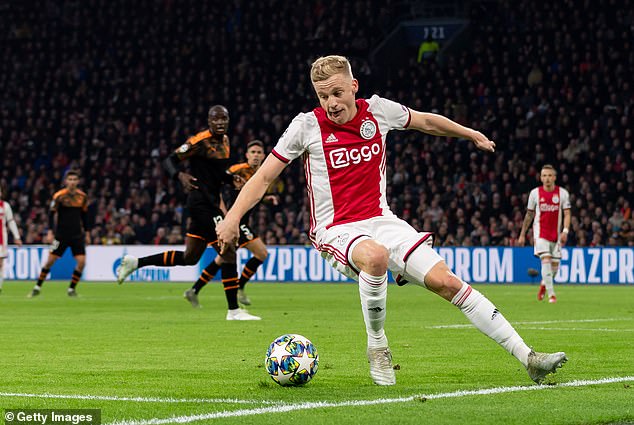 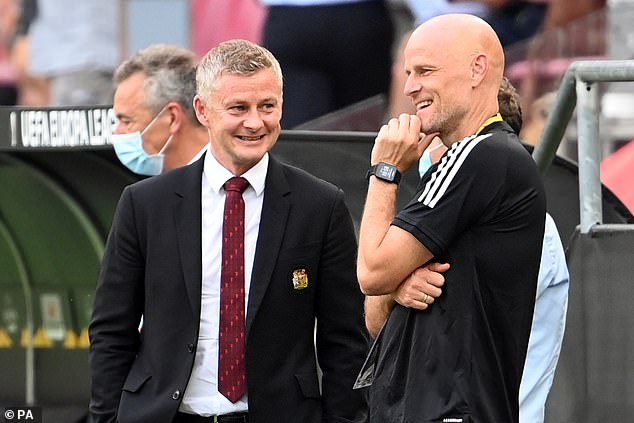 ‘Everyone has told me how amazing the Old Trafford atmosphere is and I am looking forward to experiencing that, once it is safe for the fans to return.

‘This team has some of the best midfielders in the world and I know that I can learn from them and also bring my own strengths to the group.

‘Having spoken to the manager about his vision for this team, the direction that the club is going in is hugely exciting and I cannot wait to be a part of that.’ 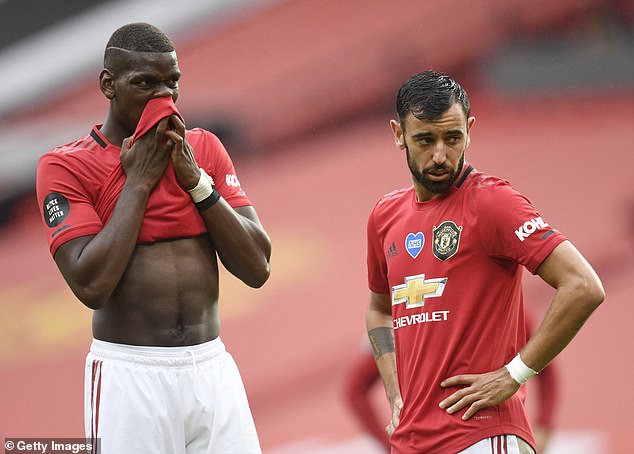 Solskjaer added: ‘Donny has all of the technical attributes needed to perform in this team and has the personality required to succeed at Manchester United.

‘His ability to see space, time his movements and read the game will really complement the qualities that we have in midfield and his arrival really strengthens the depth of talent we have in that position.

‘Donny’s performances in the Eredivisie and in Europe have been excellent over the last few years and we are all looking forward to working with him.’ 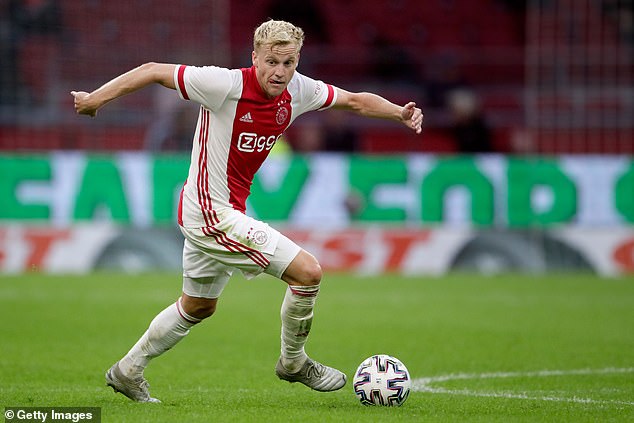