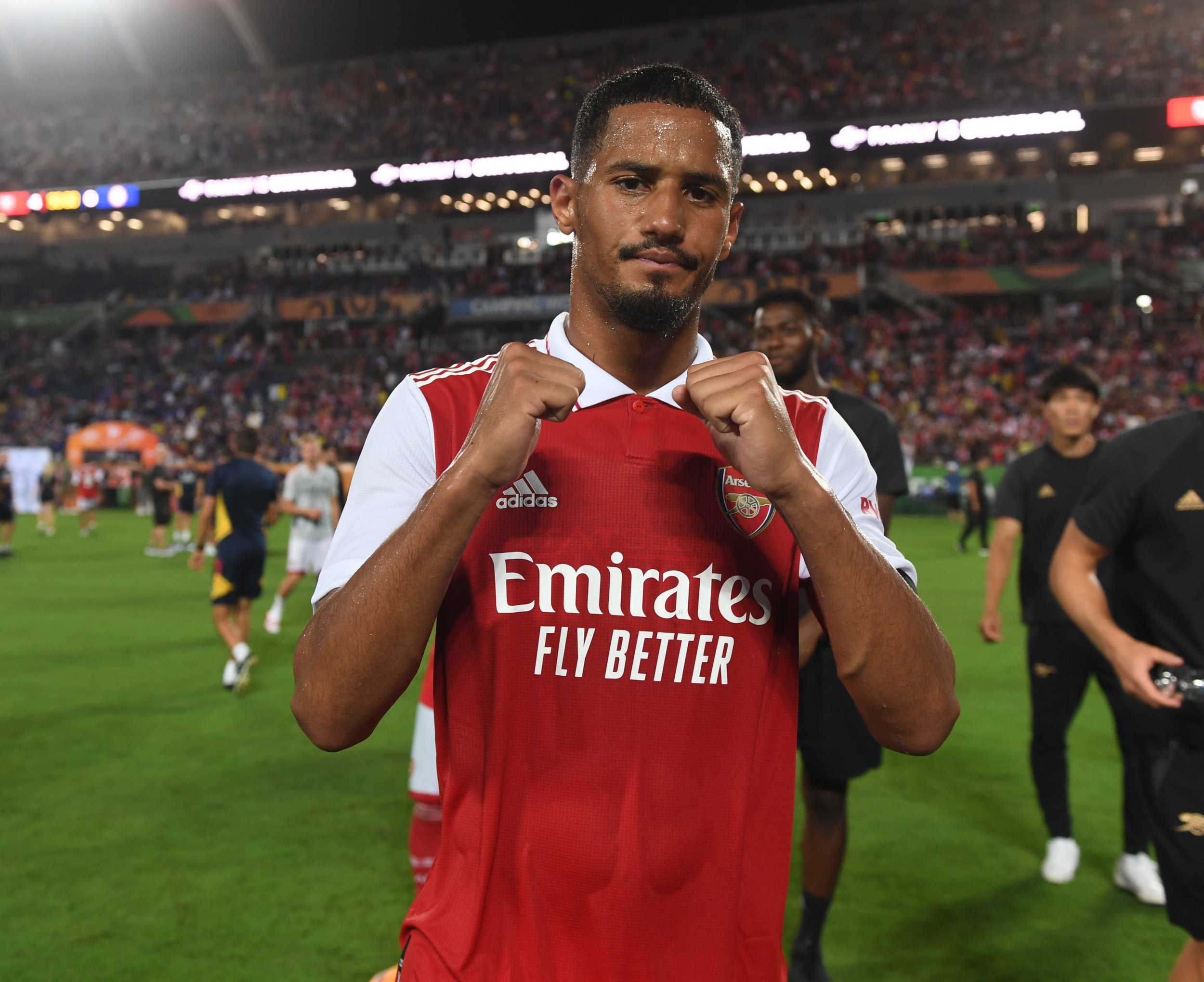 Albert Sambi Lokonga says he has been impressed with William Saliba during Arsenal’s pre-season campaign and admits he was ‘surprised’ the club loaned him out last season.

The 21-year-old is yet to make first-team debut for Arsenal since his £27 million transfer from Saint-Etienne in July 2019.

After being unable to impress Mikel Arteta during pre-season training last summer, Saliba was allowed to join Marseille on loan for the 2021-22 campaign.

Saliba thrived during his time at Marseille and was crowned Ligue 1’s Young Player of the Year and was included in the division’s Team of the Year.

Marseille had pushed to re-sign Saliba for at least another season but Arsenal have opted to keep the defender and he is now in line to play a key role under Arteta during the upcoming campaign.

When asked about Saliba’s impact during pre-season this summer, Lokonga told the Counter Attack Podcast: ‘I didn’t know he was so good because I didn’t see him play before [he left].

‘When I saw him for the first time I said, ‘wow, he is really, really good’.

‘So I was surprised Arsenal that let him go on loan and he didn’t play.’

Asked if he has been surprised by Jesus’ quality, Lokonga replied: ‘I think it’s not only that it’s the energy he brings to the team.

‘He’s a nice guy, when he’s on the field you know he wants to do something so when he’s there he’s not just acting, he’s living the game.

‘The way he presses, he’s intense, I think he will bring a lot to us this season.

‘I think with Jesus you can see [he’s bringing a winning mentality] because he’s more expressive. With Zinchenko I think it’s two guys who have a lot of quality. I think you’ll see a lot of good things from them this season.’

10 things we learned from the strangest ever Premier League weekend