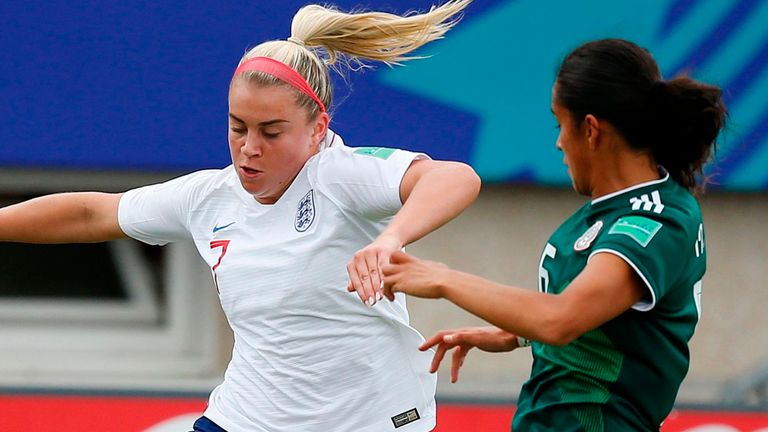 Alessia Russo has replaced the injured Lucy Bronze in the England Women’s squad for the SheBelieves Cup.

Russo, 21, was part of the England squad which won the bronze medal at the U20 Women’s World Cup two years ago and had initially been selected as a training player for the Lionesses’ senior squad.

The uncapped North Carolina Tar Heels forward has seen her place in that group taken by Anna Patten, a University of South Carolina defender who was also in the successful Young Lionesses squad in 2018, alongside Birmingham City goalkeeper Hannah Hampton.

Patten had originally been named in the U21 squad to face France in a double-header next week. Meanwhile, Lyon right-back Bronze will remain in France for treatment.