Home » Soccer » Alexander-Arnold calls on Liverpool to improve their mentality

Trent Alexander-Arnold calls on his struggling Liverpool team-mates to improve their mentality, admitting the champions ‘crumbled’ in their seven-minutes collapse at Leicester

Trent Alexander-Arnold has warned his Liverpool team-mates they must change their mentality towards ‘tough situations’, after the Red’s shocking collapse at Leicester.

The Reds were leading 1-0 and in control on 78 minutes when James Maddison’s free-kick snuck in, sparking seven minutes of madness at the King Power.

Next came a bizarre mix-up between debutant Ozan Kabak and Alisson which allowed Jamie Vardy to dribble into an open net, before Harvey Barnes profited from Liverpool’s wide-open defence to bury the champions’ back-to-back title dreams. 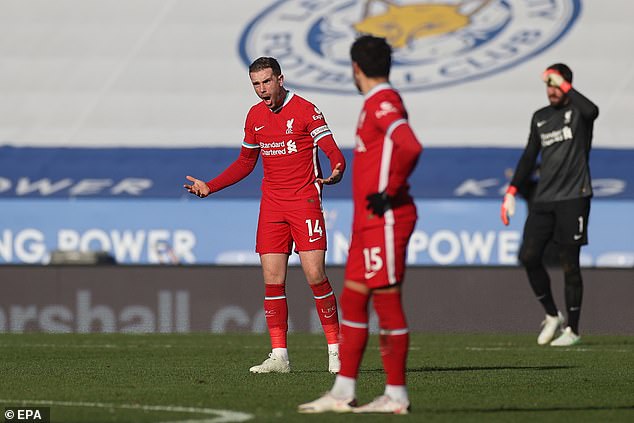 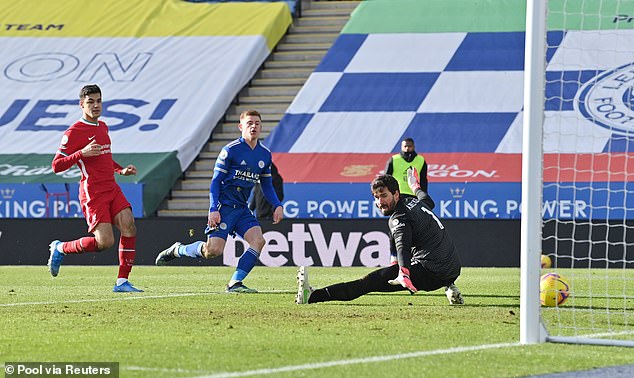 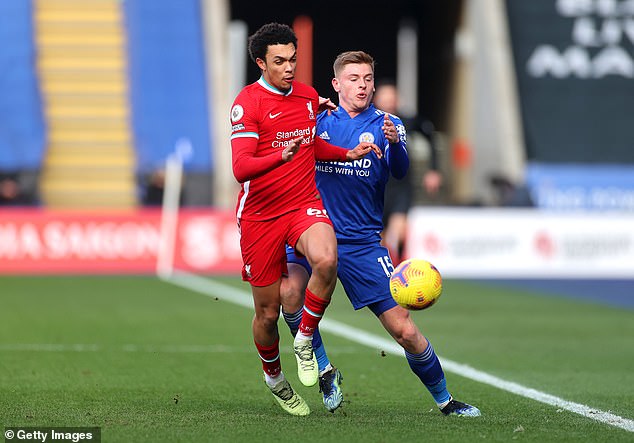 ‘I think for 70 to 75 minutes we were outstanding, up there with one of our best performances. Really, really top drawer from us,’ Alexander-Arnold told Liverpool’s official club website.

‘Then the tables turned and they put the game to bed within the matter of five to 10 minutes and that’s football. It happened so quickly, it just happened in a moment and we’ve just crumbled at the end of the day.

‘We had confidence going into it. We were 1-0 up, I’ve heard it’s (the first goal) been dubious to be offside, but it’s part of football.

‘The second goal is one in a million really, just a lack of communication, no-one to blame there. The third goal, we’ve lost the ball in a bad position and they’ve punished us for it. 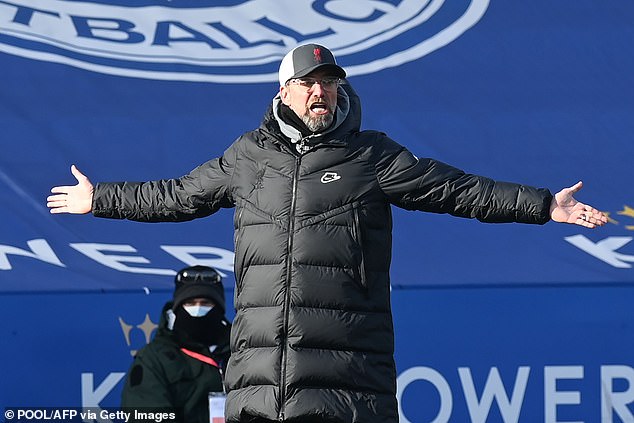 ‘By that point the game is dead and buried and it’s tough to get back from that point.

‘I think our mentality needs to improve in those tough situations that we had.’

Saturday’s defeat, which was Liverpool’s third on the bounce in the league, leaves them reeling in fourth and 13 points off league leaders Manchester City.

Liverpool boss Klopp admitted their title defence was over after losing at Leicester.

‘Yes, I’m conceding,’ said Klopp after the final whistle at the King Power.

‘I don’t think we can close the gap to City.’