Juventus boss Massimiliano Allegri will NOT go head-to-head with old enemy Jose Mourinho as he is hit with a touchline ban for Juventus’ clash with Roma and £8,300 fine after angry outburst at referee in Napoli draw

Massimiliano Allegri will not go head-to-head with his old enemy Jose Mourinho after being hit with a one-game touchline ban and £8,300 fine for his outburst at the end of Juventus’ 1-1 draw with Napoli.

A sporting judge in Italy has ruled that his ‘loud and offensive’ remarks to the referee at the end of the game have warranted the punishment.

The news is a blow for the Turin club, who will be without their boss for the upcoming clash against Jose Mourinho’s Roma on Sunday afternoon. 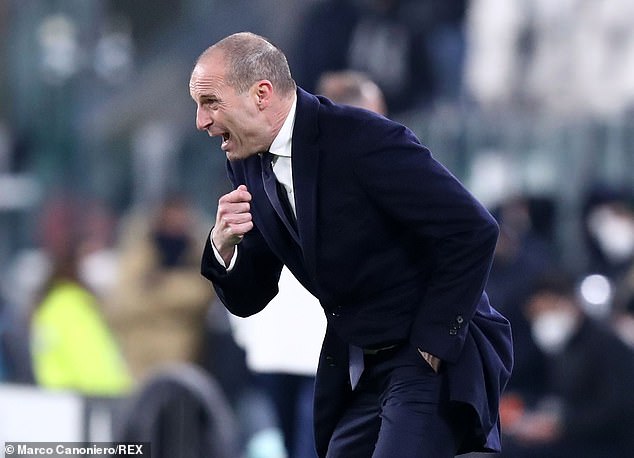 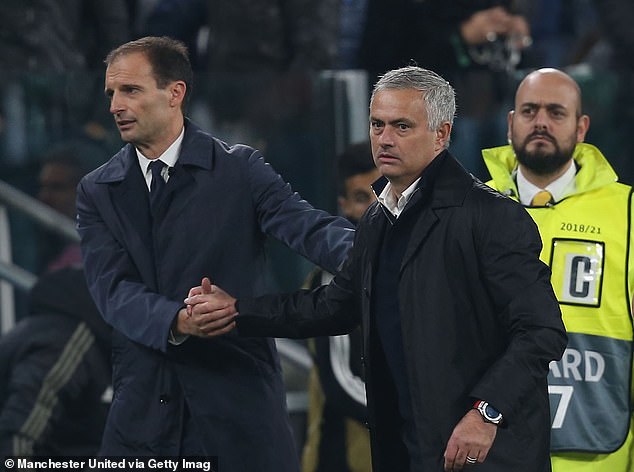 Assistant manager Marco Landucci will be in the dugout with Juventus desperately in need of three points to close the gap to leaders Inter Milan.

Allegri and Mourinho do not see eye-to-eye and their touchline battle could have made for box office viewing.

The Juventus boss previously labelled his rival ‘pathetic’ and ‘lacking respect’, while Mourinho made a point of making hand at the fans of Allegri’s Juventus when Manchester United played them in 2018.

In 2004, Allegri said: ‘Every now and then he (Mourinho) is pathetic. He continuously repeats the same things and it becomes banal. I think he is very talented but his arrogance hides insecurity.’ 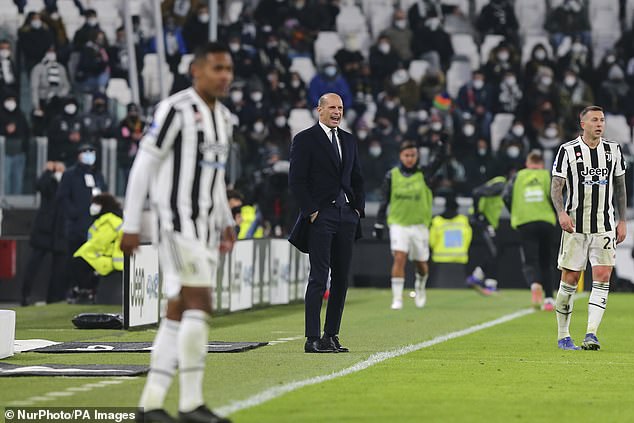 But Allegri has been denied the chance to square off against the Roma boss on Sunday.

The end of the Napoli game was mired in controversy with Juventus players surrounding the referee Simone Sozza.

The visitors had earned a corner but the official blew for full time, deciding there was no time left to give them the opportunity for a winner.

Given the importance of the game against title-chasing rivals, emotions overflowed but the spoils were shared. 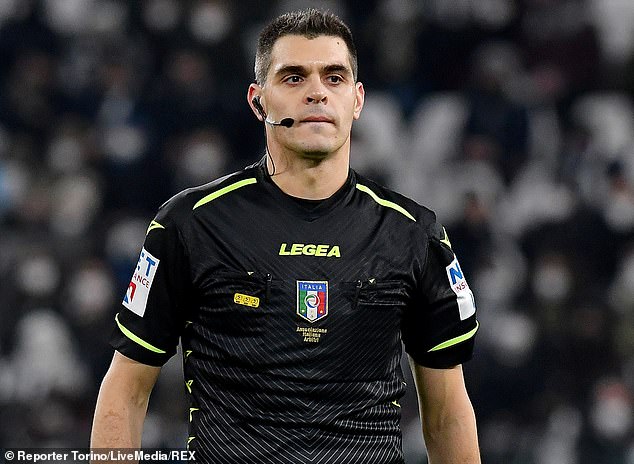 After the game, Allegri had cooled down and tempered his words, saying: ‘Once in a year I want to say something about the referee.

‘He was very good but I think his clock stopped. There was a little more recovery, there were interruptions .

‘The game could have gone on.’

Juventus are currently fifth in Serie A, a whopping 11 points behind Inter, who have played one game fewer.