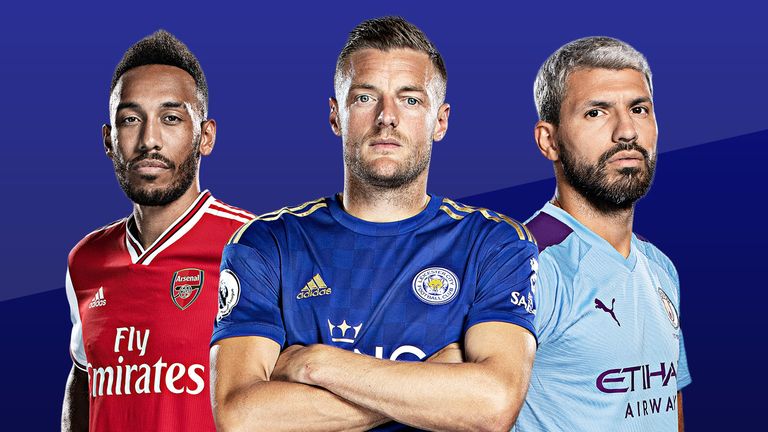 This week, we are looking at the best Alternative XIs of the Premier League season.

The final instalment is a side full of the most ruthless finishers, with players converting a higher percentage of chances than anyone else at their position.

As with each of these Alternative XIs, a 4-3-3 formation will be used and, for shot conversion, players must have scored at least three goals and had a suitable number of shots for their position.

Download the team of the season podcast on: Spotify | Apple | Castbox | Spreaker This season’s most clinical defence also contains one of the division’s best outright defenders. Liverpool’s Virgil van Dijk has found the net four times – a joint-high for Premier League defenders – from just 23 attempts at goal. He partners Brighton’s Adam Webster at centre-back, whose three goals have come from just 14 shots this season.

Leicester’s Ricardo Pereira and Chelsea’s Marcos Alonso – who scored from each of his last three shots on target – then make the team at full-back. Perhaps surprisingly, no players from Newcastle – who have scored more goals via defenders than any other team this season – make the line-up.

Ben Foster is selected, being the only goalkeeper to register a shot on target in the Premier League this season. 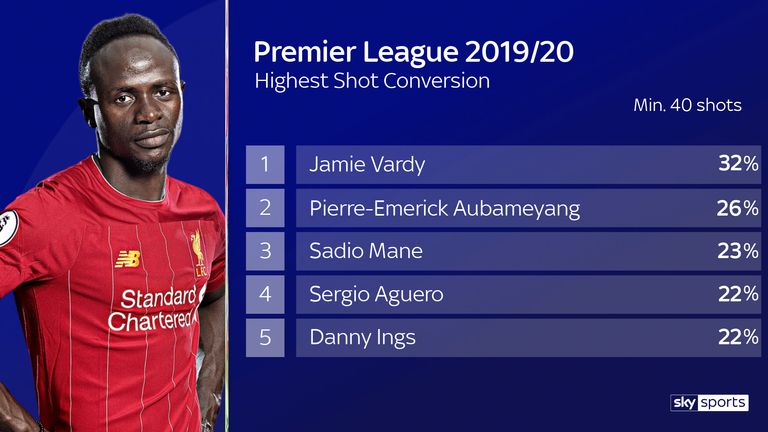 In midfield, Dele Alli is first choice, converting an impressive 20 per cent of his chances – the most by any midfielder in these rankings. The Tottenham midfielder has eight goals from 40 attempts this season.

The next two midfielders both play for the joint-lowest scoring Premier League sides, in Norwich and Newcastle, making their returns even more valuable to their clubs.

Todd Cantwell hasn’t scored since New Year’s Day but was especially clinical over the first half of the season, while Jonjo Shelvey has five goals from just 10 shots on target this season. 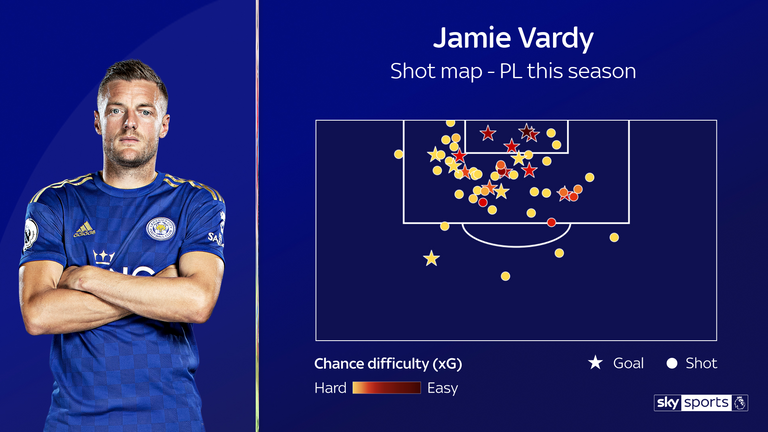