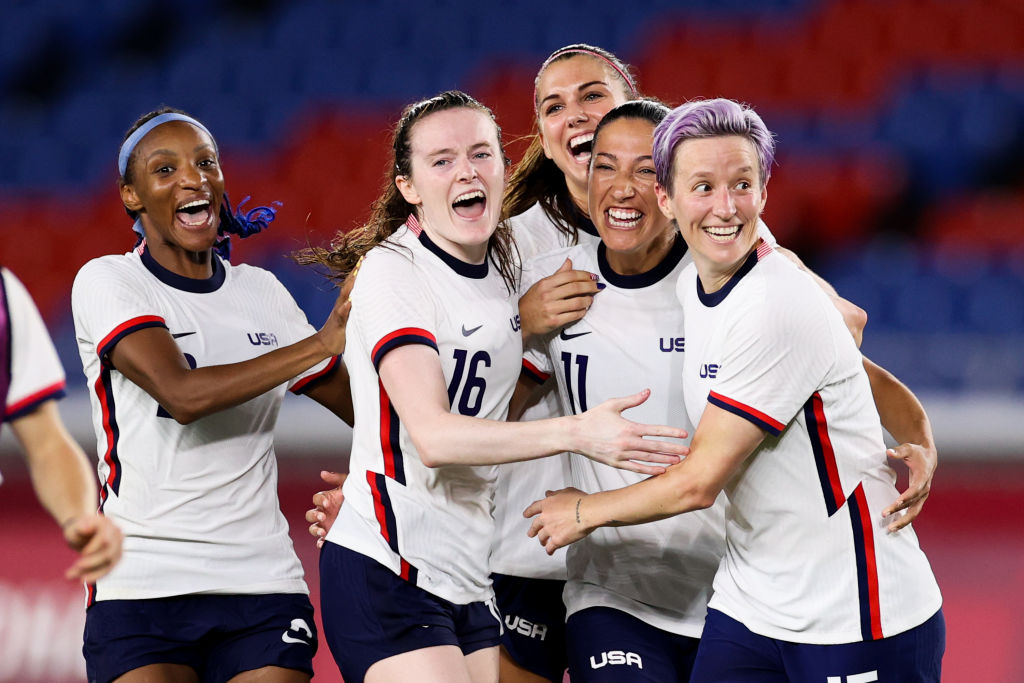 The US Soccer Federation has announced it has offered identical contract proposals to the players associations of the men’s and women’s national teams.

The USSF said in a statement that the offer was ‘with the goal of aligning the men’s and women’s senior national teams under a single collective bargaining agreement (CBA) structure.’

It added: ‘US Soccer firmly believes that the best path forward for all involved, and for the future of the sport in the United States, is a single pay structure for both senior national teams.

‘This proposal will ensure that USWNT and USMNT players remain among the highest paid senior national team players in the world, while providing a revenue sharing structure that would allow all parties to begin anew and share collectively in the opportunity that combined investment in the future of US Soccer will deliver over the course of a new CBA.’

The statement also said the federation was calling upon the players and both player associations to join it in ‘finding a way to equalise FIFA World Cup prize money between the USMNT and the USWNT.’

‘US Soccer will not agree to any collective bargaining agreement that does not take the important step of equalising FIFA World Cup prize money,’ it said.

In 2019 players from the women’s team put their names to a lawsuit against the USSF over equal pay and working conditions.

In May last year the claim for equal pay was thrown out by a federal judge, and an appeal was subsequently launched. An agreement between the USSF and the women’s team over working conditions has been reached.

Genarro Gattuso was livid after Napoli failed to show versus Juventus