Real Madrid boss Carlo Ancelotti has hailed Federico Valverde after his goal during their win over RB Leipzig and joked he should ‘retire’ if he ‘cannot get Valverde to score at least 10 times a season’.

Madrid beat the German side 2-0 on Wednesday to maintain their perfect start to the season, having won all eight games so far.

However, they were frustrated by Leipzig, with Valverde only making the breakthrough in the 79th minute, before Marco Asensio scored a second late on. 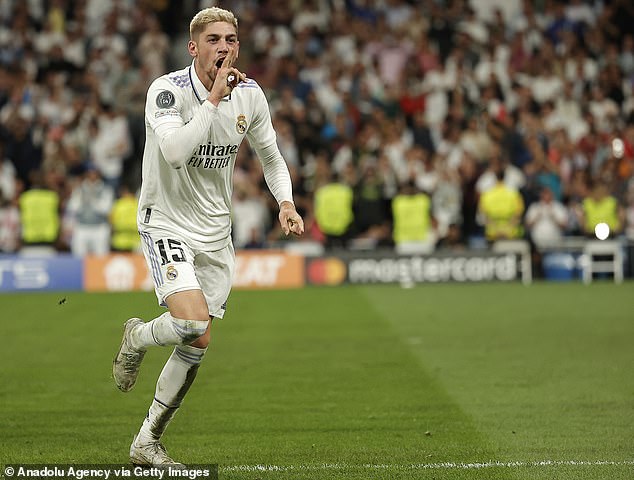 The midfielder has been in superb form so far this year after a breakthrough campaign in 2021-22.

He has already netted three times and laid on two assists in eight games after scoring just once in the whole of last season.

And Ancelotti was full of praise for the Uruguayan after the game. When questioned on Valverde’s goalscoring form, the Italian said: ‘What was strange last year was that he only scored one goal, in the Super Cup I think.

‘If you can’t get a player like that to score at least 10 goals in a season then you should rip up your coaching badge and retire. 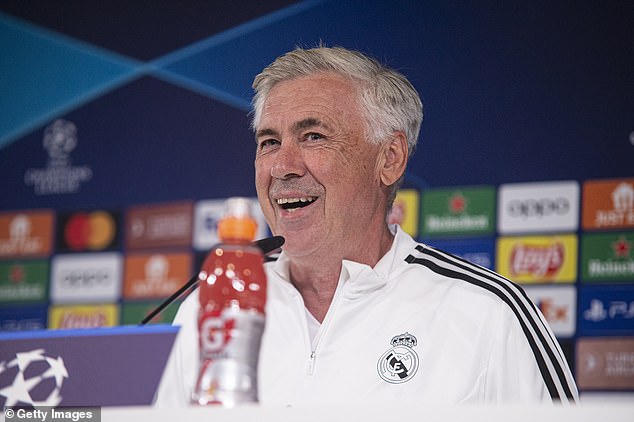 ‘Because he has a rock of a foot. Tonight he took the shot with his left foot. I’ve never seen him shoot like that with his left, so it shows he’s confident in his abilities, and he has a lot of abilities.

‘He’s more than just energy. But, to say he’s best in the world in his position, we might have to wait a little longer.’

Ancelotti’s side top their Champions League group after two wins over Celtic and Leipzig, with Shakhtar Donetsk the other team in their group.

Meanwhile, they are also top of LaLiga after winning all five of their games so far as they continue to build on their Champions League triumph at the end of last season.

Lautaro Martinez reveals he wants to STAY at Inter Milan