Celtic were held to a 3-3 draw with Aberdeen on Sunday and are six points adrift of Rangers; “Does Olivier Ntcham want to be in Glasgow as a bit-part player? Would Kristoffer Ajer like a shot at Italian football with AC Milan?” 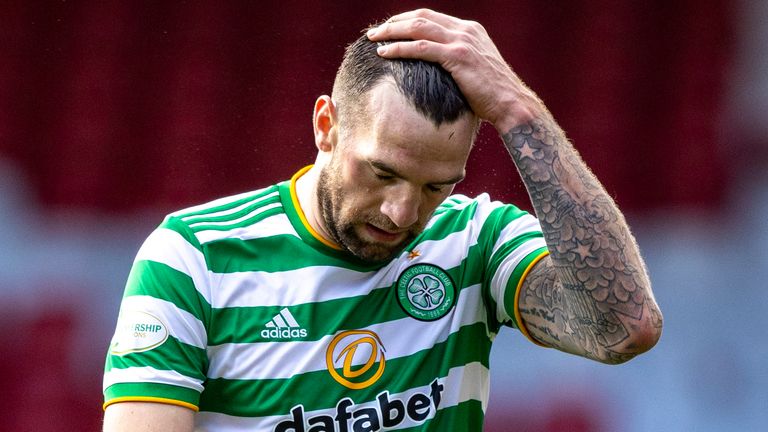 Who’d be a manager?

Since taking over from Brendan Rodgers, Neil Lennon has won every domestic trophy that’s been on offer. Think about that.

Succeeding Brendan Rodgers in late February 2019, he went on to secure the title and then the Scottish Cup in dramatic fashion. 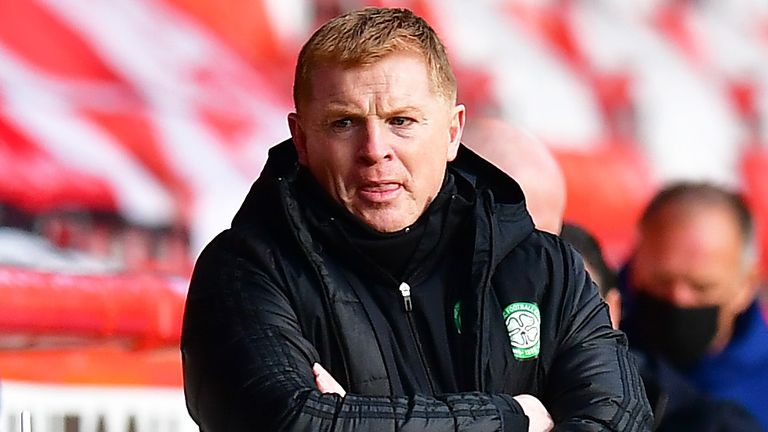 A goal down to Hearts with 30 minutes to play, Lennon’s players came through for him and won 2-1.

Last season, he led his team to a League Cup triumph over Rangers in December despite playing the last 30 minutes with 10 men. Sure, they were outplayed by Rangers, but his players delivered the trophy.

Weeks later, Rangers were the superior side again, this time in Celtic’s own back yard and won 2-1. It was meant to signal an onslaught from the Ibrox club in the second half of the season.

Instead, we saw a spectacular collapse from Steven Gerrard’s men and Celtic were 13 points ahead with eight games to go before the season was called early due to the current pandemic. No one could argue that they would be caught.

Lennon simply cannot do any more than win every domestic trophy on offer and as things stand, Celtic are two points worse off than at this stage last season and possibly two games from securing a fourth treble on the trot. 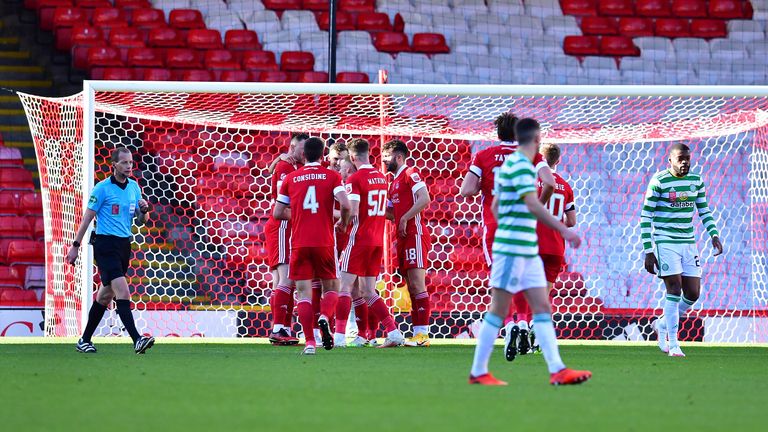 And yet he’s under enormous pressure now that his team are six points adrift of their great rivals in October, having played a game less. Why?

Undoubtedly, it boils down to the significance of what’s on offer this season. Both Celtic and Rangers have secured nine titles in a row before, but neither has managed the 10. It’s the Holy Grail.

The debate amongst every Celtic fan is whether this is a blip, possibly just a slump in form, or maybe there’s something badly wrong, something more serious happening behind the scenes?

Lennon says he will blank out the recent hysteria on the back of successive home defeats to Rangers and AC Milan and the draw with Aberdeen last Sunday. Good luck with that!

I can guarantee that this season will be dominated by hysteria and extreme reactions. Every defeat will be viewed as catastrophic; every draw will be a complete disaster.

In all honesty, I think the hysteria Lennon refers to largely comes from his own supporters. A growing number simply don’t buy into him.

Even so, every Celtic supporter I have spoken to was delighted with the transfer window. No sales, and additions like Vasilas Barkas, Albian Ajeti, David Turnbull, Diego Laxalt, Mohamed Elyounoussi and Shane Duffy to strengthen the squad.

My only take on it is, the squad is only stronger if all the players are committed and are buying into the manager’s thoughts and plans.

Does Olivier Ntcham want to be in Glasgow as a bit-part player? He is hugely talented but doesn’t get a regular game. In top form, he’d command a big fee but he doesn’t play regularly enough to be happy.

Has anyone else had their head turned by interest elsewhere? Would Kristoffer Ajer like a shot at Italian football with AC Milan?

What about Odsonne Edouard? Lennon himself admitted a few weeks ago that transfer speculation has been affecting his top goalscorer and talisman. Of the players who joined recently, what are we to make of them?

Former Ireland international Gary Breen insisted Shane Duffy was taking a step down and potentially damaging his Ireland career by moving to Scotland.

The truth is, his form has been atrocious and having watched him play numerous times for Brighton while covering their games for Sky, I was expecting a lot more from a man who was the club’s Player of the Year in the English Premier League under Chris Hughton.

Other signings have also been slow to impress. Ajeti? If he doesn’t get service inside the box, his contribution is minimal. Patryk Klimala? Similarly unimpressive. Barkas? I haven’t seen him make a game-changing save of any note.

So, will Lennon survive this period? Of course he will, but no manager survives the habit of losing.

I’ll say it again, as long as the players are still with him and fighting for him as they clearly were in securing the last four trophies, there’s still life in Celtic’s main challenge for the season, a remarkable 10th title in a row.

Ian Crocker, Andy Walker and Kris Boyd look back at Rangers laying down a marker in the Old Firm game, the alleged team leak from within the Celtic camp, and the coronavirus crisis and whether teams should forfeit points for failing to fulfil fixtures.