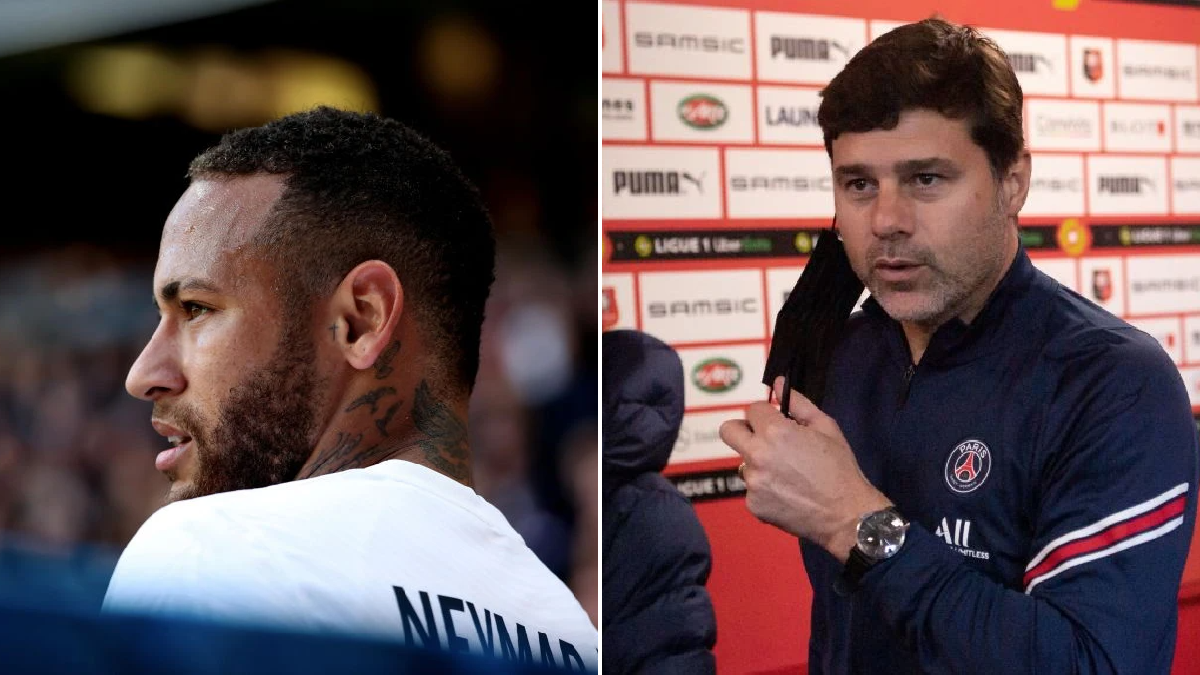 Mauricio Pochettino felt ‘angry’ and ‘disappointed’ after Rennes ended Paris Saint-Germain’s unbeaten start to the season with a 2-0 victory at Roazhon Park.

The hosts scored two quick goals either side of half-time as Lionel Messi suffered his first defeat since arriving in the French capital.

Pochettino’s side, who beat Premier League champions Manchester City in the Champions League during the week, did not have a single shot on target despite Messi, Kylian Mbappe and Neymar all starting.

PSG’s defeat is their first in Ligue 1 since April and Pochettino said he was ‘bitter’ and ‘frustrated’ by the result, despite his team showing ‘very good quality’ in the first half before going behind.

Asked if he was angry following Paris Saint-Germain’s shock defeat, Pochettino said: ‘Yes a bit. No one likes to lose.

‘Without underestimating what Rennes has done, we are frustrated and disappointed not to have taken our chances and to concede these goals.

‘These situations leave us bitter and disappointed.

‘We didn’t start the game well but then we had 25-30 minutes of good quality. It was a shame not to score.

‘We took two psychological hits, just before half-time and just after. The match afterwards was open, even if we created chances.

‘We had a hard time after that. Rennes obviously gained confidence. And with us, there was frustration.’

Despite the defeat, PSG remain six points clear at the top of the Ligue 1 table, while Rennes climb into the top half.

Former Tottenham Hotspur boss Pochettino subbed off Brazilian superstar Neymar during the Rennes defeat and admitted his withdrawal was for tactical reasons.

Asked whether Neymar was struggling physically, Pochettino said: ‘No that’s not it.

‘We had five days [since the match against Manchester City]. I repeat, we had 25-30 minutes of very good quality. We had control of the game.

‘We conceded the goal on top. When we start the second half, we are immediately 2-0 down, it’s a different game afterwards.’

On Neymar’s performance, Pochettino added: ‘Like when you win against Manchester City, it’s a collective question.

‘The first person in charge is me. What we did for 25 minutes was of very good quality. We must be able to extend this for 90 minutes.

‘The psychological impact of both goals at key moments has been significant. I am satisfied in one sector, we have created a lot of situations and opportunities.’

Ferguson 'cried tears of joy' when Scotland qualified for Euro 2020