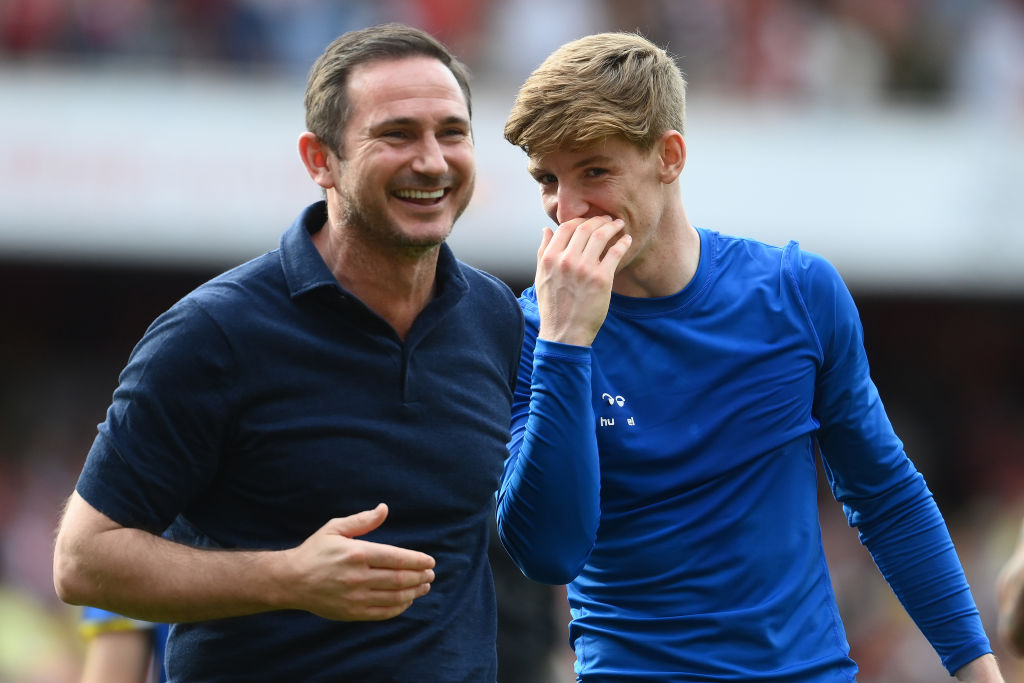 Everton winger Anthony Gordon has spoken with manager Frank Lampard and made it clear he wants to be allowed to join Chelsea this summer, according to reports.

The west London club have already had offers worth £40million and £45m rejected by the Toffees in recent weeks, who are adamant the 21-year-old is not for sale – particularly given that they have already sold Richarlison to Tottenham.

But Chelsea are now preparing a bid worth £60m which they hope will be significant enough to convince Everton to cash in.

According to The Athletic, the offer will be worth £50m up front plus £10m in various add-ons, and Gordon himself is now pushing for Everton to accept the latest bid.

The England Under-21 international has personally spoken to manager Lampard, as well as the club’s hierarchy, and told them he wants to join Chelsea, and they are respectful of his wishes.

Gordon has underlined his desire to play in the Champions League and also feels playing for such a big club, who compete for multiple honours, will boost his chances of earning a surprise call-up to Gareth Southgate’s World Cup squad.

The youngster has yet to earn a call-up to the senior Three Lions squad but feels he might have a shot of getting on the plane to Qatar if he impresses at Chelsea.

Everton’s not-for-sale stance is believed to be softening and the £60m bid could be enough to unlock negotiations, though they are in a strong negotiating position given the player is contracted to the club for another three years.

Gordon is already thought to have an informal agreement with Chelsea over personal terms and a deal could be completed very quickly once a fee has been agreed, giving the Toffees just over a week to find a replacement.

After loaning Romelu Lukaku back to Inter and selling Timo Werner back to RB Leipzig, Thomas Tuchel is desperate to bring in more attacking options and has made Gordon one of his top priorities.

Although the Everton academy graduate has played predominantly as a winger, he has also filled in for the injured Dominic Calvert-Lewin up top while there are even suggestions he might have the skillset to play as a right wing-back in Tuchel’s system.

In addition to Gordon, Chelsea are also looking to bring in Barcelona’s Pierre-Emerick Aubameyang before the window closes in a deal which could exceed £20m even though the Gabonese frontman only left Arsenal on a free transfer earlier this year.

As well as adding more firepower up top, Tuchel also wants to bolster his back-line – particularly after shipping three goals against Leeds – and the club are still working on an £80m deal to sign Wesley Fofana.

Championship: WhoScored.com’s Team of the Season 2019/20