Anthony Joshua has taken to social media to show off his impression of Cristiano Ronaldo’s signature goal celebration.

In a video shared to his 14.5million Instagram followers, the former unified heavyweight champion mimicked the Manchester United talisman’s iconic Siu celebration in front of an idyllic backdrop in Ronaldo’s native Portugal.

Captioned ‘When in Portugal…… SIIIIUUUUUUUUUUUU’ Joshua’s post reached over 100,000 likes in less than 24 hours after being posted online.

AJ has long been an admirer of the 37-year-old forward, and the two sporting superstars have previously been pictured together in Dubai. 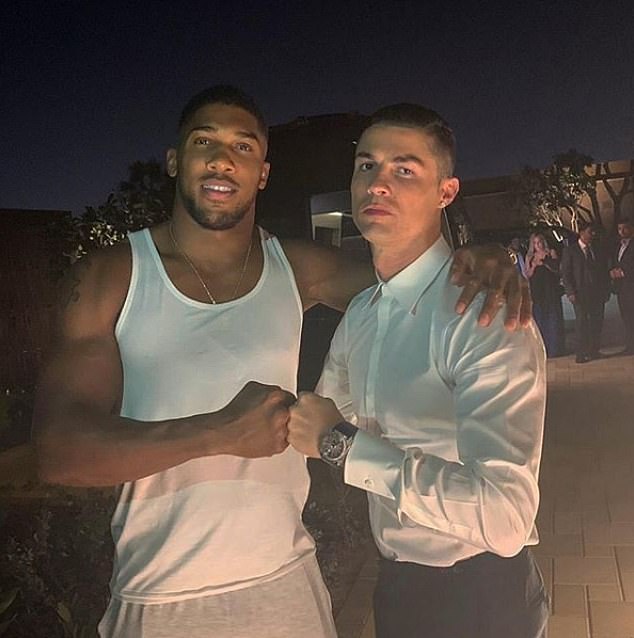 Anthony Joshua has previously been pictured alongside Cristiano Ronaldo

Despite previously stating that he doesn’t have a favourite football team, Joshua was welcomed to United’s Carrington training ground in 2017, and was pictured alongside then-boss Jose Mourinho and presented with a personalised shirt.

Joshua’s video came after Ronaldo made just his fifth start of the season under Erik ten Hag as United took on Cypriot club Omonoia in the Europa League at Old Trafford.

Despite going into the game as heavy favourites, United struggled to break the deadlock against former Celtic boss Neil Lennon’s side. 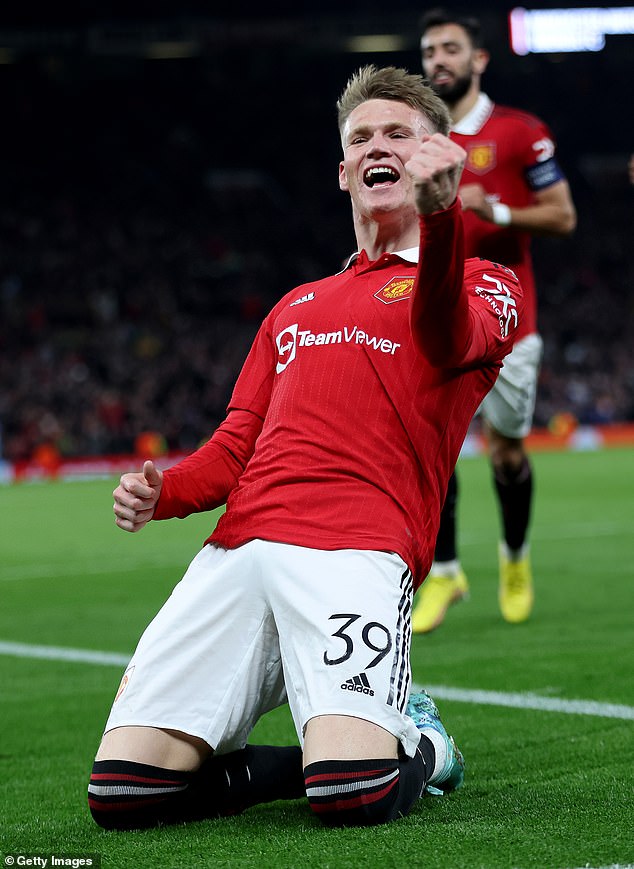 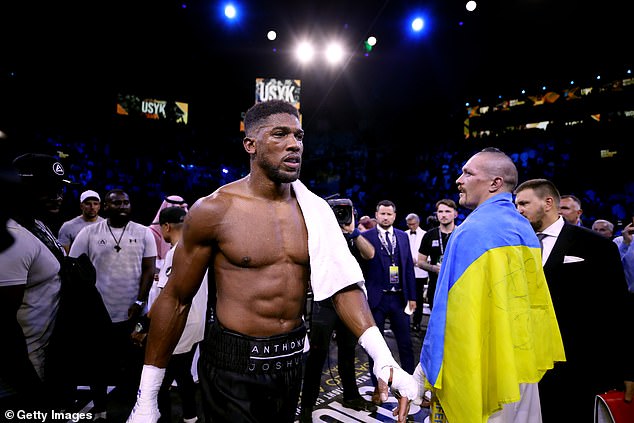 After failing to reclaim his world title in a highly-anticipated rematch with Oleksandr Usyk in August, Joshua had looked set to finally take on Tyson Fury in a battle of Britain clash set for December.

However, once again the fight failed to materialise, and Eddie Hearn has now said that AJ will return against a ranked opponent in early 2023.