Anthony Martial sustained a suspected knee injury in the second half of France’s 2-0 World Cup qualifying victory over Kazakhstan on Sunday.

The 25-year-old was withdrawn just before the hour mark by Didier Deschamps, having initially carried on after receiving treatment.

Manchester United are awaiting news of the severity of Martial’s injury and will issue an update on his status in due course.

The injury represented a reversal of fortunes for the attacker, who had a major say in France’s victory in contributing a first-half assist for Ousmane Dembele’s opener. An own goal from Serhiy Malyi a minute before half-time confirmed victory for the reigning world champions, with Deschamp’s side facing Bosnia and Herzegovina in their next match on Wednesday.

Deschamps says Pogba needs regular game time to rediscover his best form after a spell on the sidelines.

Pogba missed 10 games for United after sustaining a hamstring injury in February, but returned to action this month and helped the Premier League side reach the Europa League quarter-finals with the winning goal in a 1-0 victory at AC Milan. 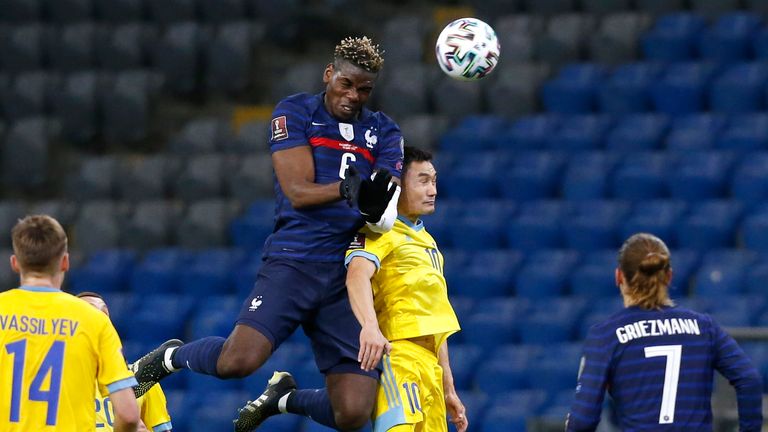 He also came off the bench in France’s 1-1 draw with Ukraine in their 2022 World Cup Qualifier on Wednesday before playing an hour against Kazakhstan on Sunday.

“He is not on top of his game, that’s for sure,” Deschamps said. “When he came off the bench against Ukraine, we were not having our best moment. But obviously, those 30 minutes were good for him.”