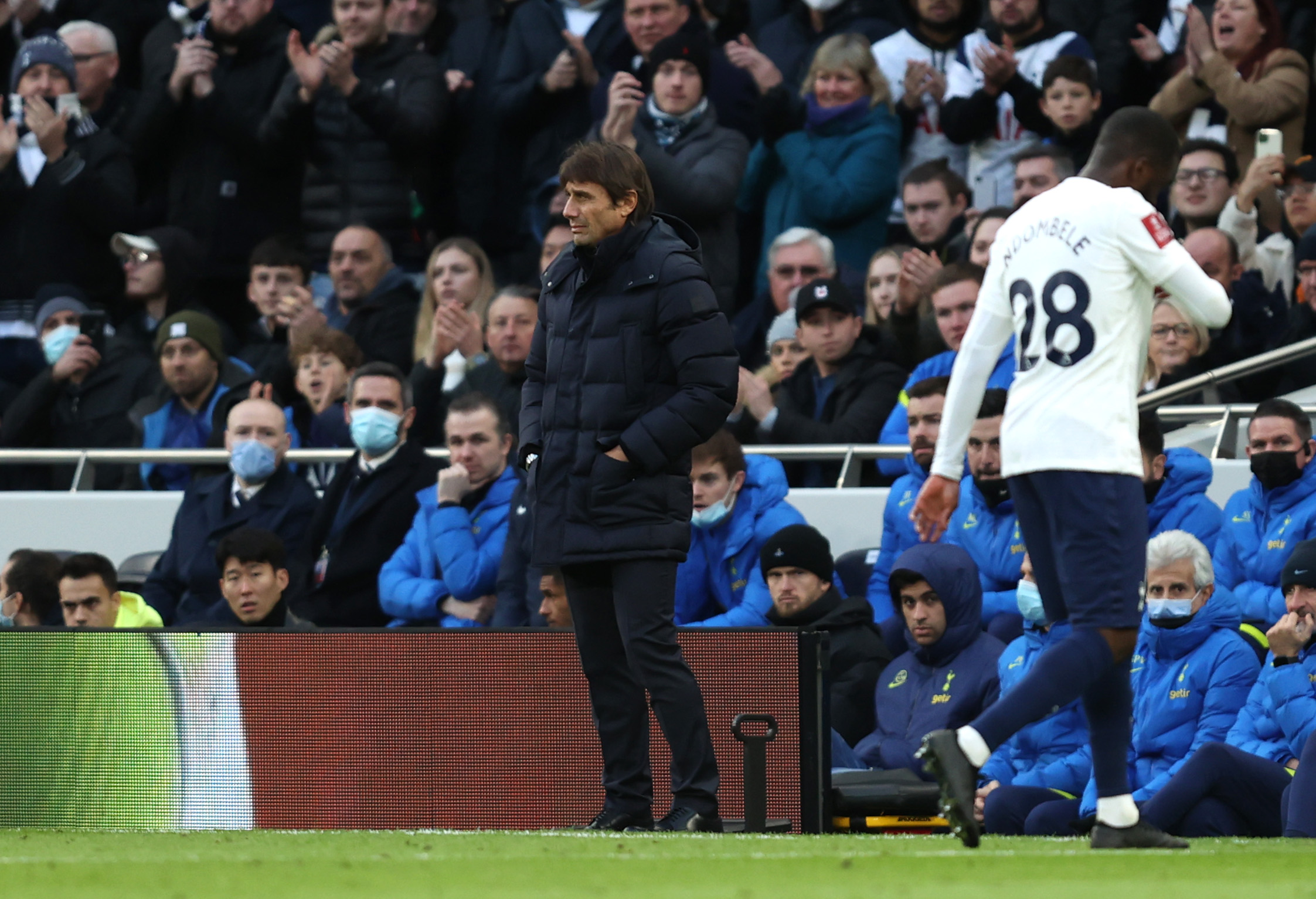 Antonio Conte has given his reaction to Tanguy Ndombele being subjected to boos and jeers by sections of Spurs fans in their win over Morecambe.

Tottenham recorded a 3-1 win over the League One side but had to come from a goal down to book their spot in the fourth round of the FA Cup.

After half-time Spurs were unable to find an equaliser and Conte made a triple substitution in the 69th minute with Ndombele, Dele Alli and Bryan Gil all being replaced.

But instead of making a quick exit to the dugout, Ndombele walked slowly to the touchline – a decision while riled the Spurs fans as they booed and jeered the midfielder.

The 25-year-old headed straight down the tunnel leaving some to suggest it could be his last game for the club with the midfielder linked with an exit this month.

‘I was so focused on the game because we were losing 1-0,’ Conte said, when asked about the boos. ‘This type of situation [happens] in football.

‘You have to be good to try to change opinions if someone is disappointed with you. It’s normal. I was a player and it happened sometimes to me that someone was unhappy with my performance.

‘This is our life. I repeat, it’s OK. We have to continue to work and try to be better next time.

‘If we think the fans have to be happy any time, if you win or lose, I think that’s not right. Me, for sure, when I don’t win, I’m not happy, I am upset and I think that is OK.’

Goals from Harry Winks, Harry Kane and Lucas Moura eventually proved enough for Tottenham, who will now host Brighton in the next round of the competition.

Keane slams Arsenal for their 'rubbish' first-half display at Forest