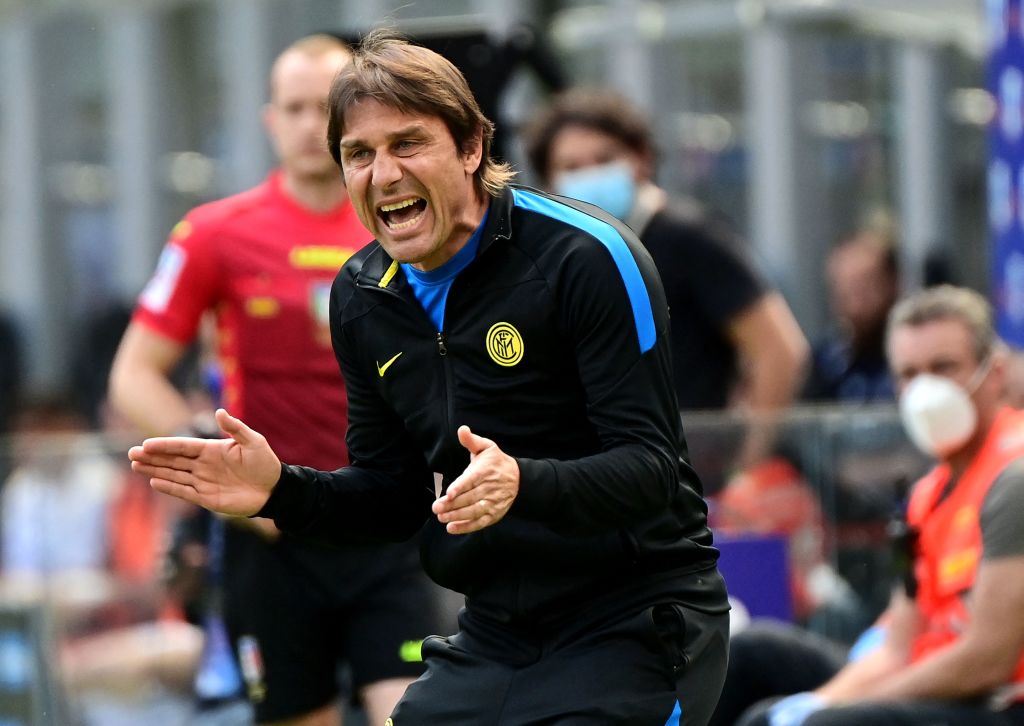 Former Chelsea manager Antonio Conte has laid out the blueprint for Italy to expose England’s weaknesses during the Euro 2020 final.

Italy have, arguably, endured the tougher run to the final having overcome Belgium and Spain in the knockout stages, although England’s win over Germany appears to have given Gareth Southgate’s men the confidence to overcome many of their long-standing daemons.

Central to a defensive unit which is yet to concede from open play has been the midfield axis of Declan Rice and Kalvin Phillips which has done an outstanding job of protecting the likes of Harry Maguire and John Stones.

Conte, however, believes that duo’s lack of passing range could represent England’s downfall, particularly given the pressing abilities of Italy’s forward line.

‘Unlike Spain, who tended to pass it backwards, they always try to hit you in one-on-one situations,’ he said. ‘Many praise Harry Kane for his ability to go get the ball and play with the team, such as with the equaliser against Denmark.

‘Of course, he’s good at that too, but it’s in the box where he’s clinical and as a coach, I would always keep him in there, because he’s devastating.

‘There are two very physical midfielders like Rice and Phillips, who bring balance, but very few vertical passes, often going for the simple option.

‘A weak spot for England is that if their defence is pressed when building out from the back, they aren’t as good as Spain at escaping the press. However, if you are ultra-attacking in your press and they do escape, then watch out for their pace upfront.

‘Again, this is when Italy must show their experience at reading the various moments of the game.’

Tottenham 'would like to replace Jose Mourinho with Maurizio Sarri'