Argentina are now on a collision course to face FRANCE in World Cup’s last-16 after their shock defeat by Saudi Arabia – and it was Kylian Mbappe and Co who knocked them out at the same stage in Russia four years ago!

Argentina are on a collision course to face reigning world champions France in the last-16 of the World Cup.

It comes after Copa America champions suffered a shocking defeat at the hands of Saudi Arabia in their opening group game of the tournament on Tuesday.

The huge upset leaves Argentina needing victories against Mexico and Poland if they are to have the best chance of qualifying for the knockouts. 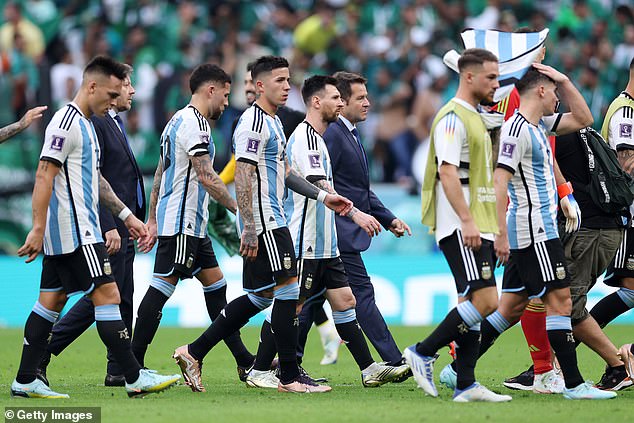 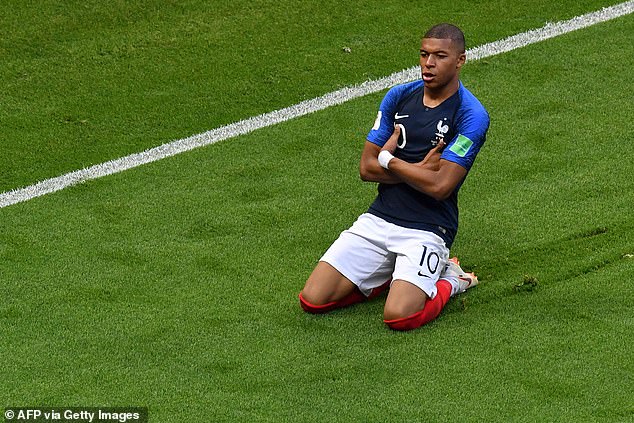 It would mean a rematch of their 2018 World Cup meeting at the same stage, which saw Kylian Mbappe (pictured) score twice in a thrilling 4-3 win – dumping the Argentines out in Russia

Finishing as Group C’s runners-up would likely see them face Kylian Mbappe and Co in the next round, should Didier Deschamps’ men win their own group.

Should the two tournament favourites meet in the last-16, it would see them lock horns in a repeat of their clash at the same stage from the 2018 World Cup in Russia, which saw Mbappe net twice in a thrilling 4-3 win for Les Bleus on their way to winning their second world title.

It’s a disastrous start for Argentina to the Qatar World Cup following their defeat at the Lusail Stadium in Doha.

It saw Saudi Arabia produce one of the biggest upsets in World Cup history with goals by Saleh Al-Shehri and Salem Al-Dawsari stunning the favourites in emphatic fashion.

The 51st-ranked Saudis were trailing to Lionel Messi’s 10th-minute penalty, but Al-Shehri squeezed in an angled shot in the 48th minute after punishing poor Argentine defending. 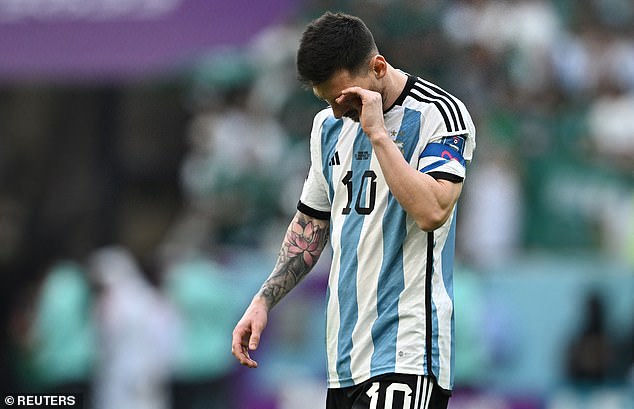 Saudi Arabia’s fans were then sent into delirium five minutes later as Al-Dawsari curled a stunning shot into the top corner from the edge of the area.

Argentina were on course to match Italy’s record 37-match unbeaten run after the mercurial Messi opened his fifth and final World Cup by stroking home a 10th-minute penalty.

But for three goals being chalked off for offside, one for Messi and two for Lauturo Martinez, Argentina would have been home and dry before half-time but the game was turned on its head after the break in extraordinary fashion.