Juventus star Angel di Maria is set to be fit for the World Cup after his club said he would only be out for 20 days with an injury the Argentine feared may force him to miss the tournament in Qatar.

Di Maria left the pitch in tears after sustaining a muscle injury in Juve’s 2-0 defeat to Maccabi Haifa in the Champions League on Tuesday night.

The Argentine clutched his leg after running towards a pass in the 24th minute, clearly feeling some discomfort in his right thigh. 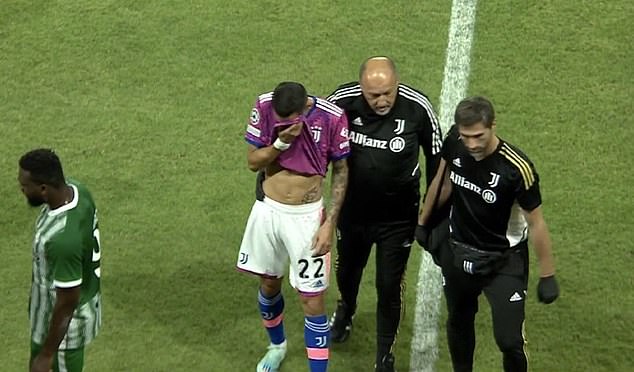 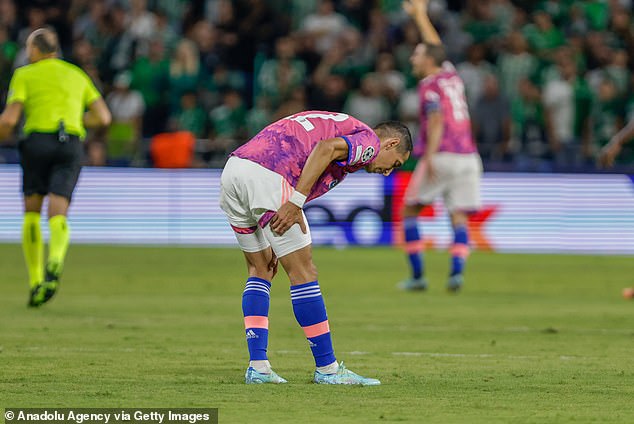 Aware of the consequences, the 34-year-old shook his head towards the dugout and emotionally limped off the pitch, wiping his eyes with his shirt.

In an update on his injury, Juve said the problem will only keep him out for around three weeks – allowing him enough time to recover for the World Cup.

He is however set to miss their last two Champions League group games – against Benfica and PSG.

‘Angel Di Maria underwent diagnostic tests at J|Medical this morning, which revealed a low-grade lesion to the hamstring of the right thigh,’ Juventus said.

‘It will take around 20 days for the player’s complete recovery.’ 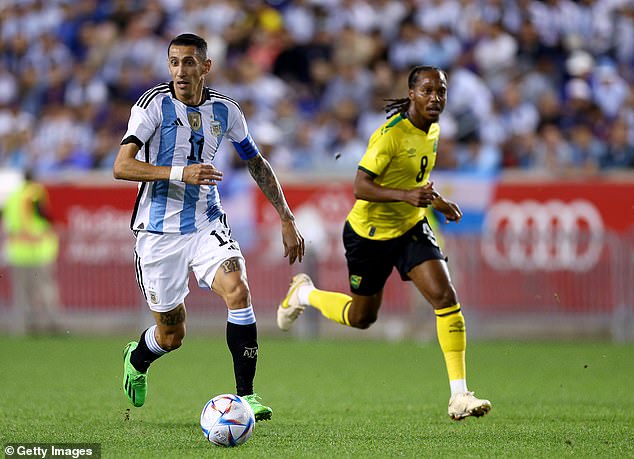 Di Maria, 34, is expected to be picked for Argentina in what could be his last World Cup

The development will be welcome news for Argentina, who are already sweating on the fitness of Paulo Dybala after the Roma forward hobbled off the pitch early in the second half of his team’s 2-1 win over Lecce on Sunday.

Ultrasound tests revealed that the former Juventus star is likely to miss approximately six to eight weeks of action while on the sidelines, taking him right up to the World Cup opener between Qatar and Ecuador.

Although he is almost certain to miss the start of the tournament, Argentina could be tempted to take him regardless in case they progress to the latter stages.

Argentina are in Group C for the World Cup, alongside Saudi Arabia, Mexico and Poland.

They take on Saudi Arabia in their opening group game on November 22. 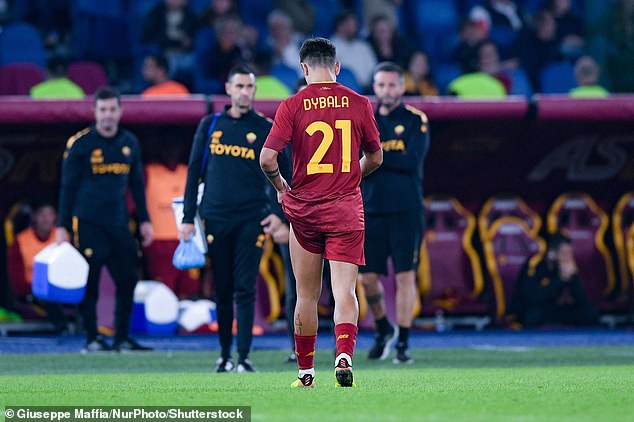