Arsenal 3-2 Everton: Pierre-Emerick Aubameyang at the double and Eddie Nketiah also nets in five-goal thriller as Mikel Arteta’s men edge ahead of opponents in race for European football

Carlo Ancelotti was in no mood to hang around. As Mikel Arteta punched the air and hugged all those around him at the end of Arsenal’s best week of his fledgling reign, Everton’s manager scurried down the tunnel as fast as he could.

It is unusual for the urbane Ancelotti not to shake hands at the final whistle but perhaps he was more preoccupied about wringing some necks. In a contest that he knew would have significant implications in the race for European places, Everton had only themselves to blame.

Credit to Arsenal, who have put together three wins in seven days and now have some momentum, but Everton should not have gone back to Merseyside without anything to show for their efforts. The reason they did, much to Ancelotti’s chagrin, was their inability to keep the backdoor closed. 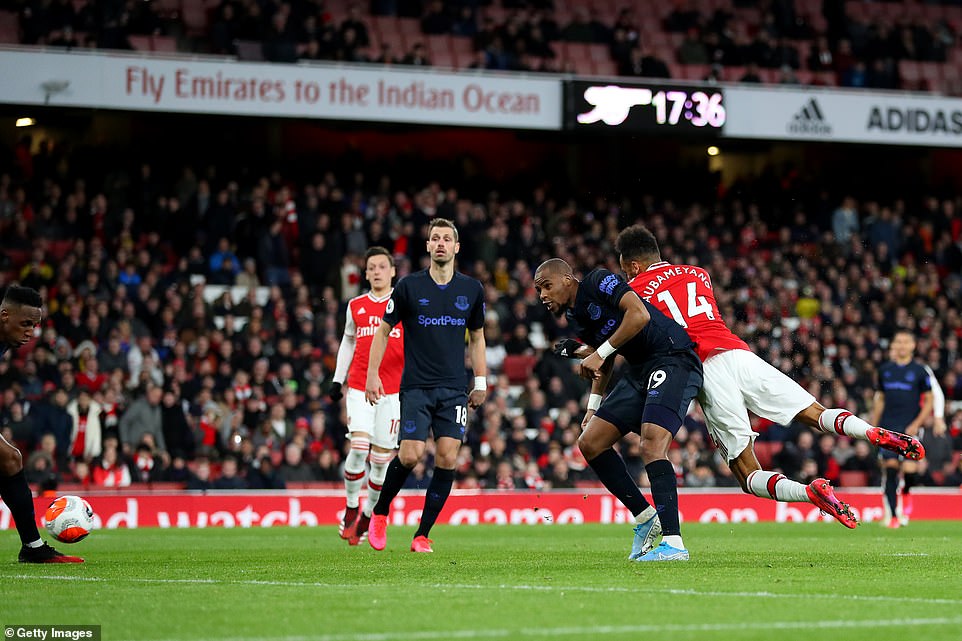 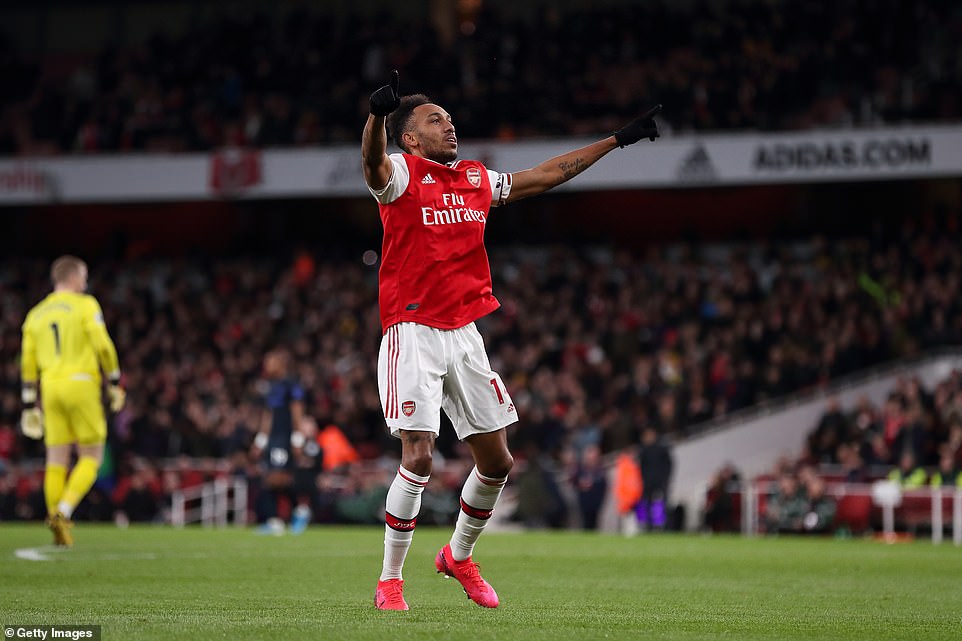 In a light-hearted moment at Everton’s headquarters on Friday, Ancelotti quipped that “I could cry” when he was shown in black-and-white the 37 results the club have recorded since they last beat a traditional top six team away from home.

He was desperate for it not to be 38 – and it shouldn’t have been 38 – but that is the bare fact. You cannot expect to give a striker of Pierre-Emerick Aubameyang’s class time and space and get away with it. Aubameyang was super but the defence he was facing not AC Milan of the 1990s.

Everton’s dismal record at Anfield is repeated with frequency but it is not as bad as it is in this part of North London; January 1996 was the last time they won here when Graham Stuart – who was here in his role as a club ambassador – and Andrei Kanchelskis scored the decisive goals.

The start they received, then, could not have been better. There were only 49 seconds on the clock when Gylfi Sigurdsson’s free-kick bounced around in the area and Dominic Calvert-Lewin acrobatically guided an overhead attempt beyond Bernd Leno.

Calvert-Lewin is built like a middleweight boxer, wiry and powerful, and with the right service he could have hurled this creaking back four onto the ropes. He is doing all he can to secure a ticket for Euro 2020 and 13 Premier League goals will not have escaped Gareth Southgate’s attention. 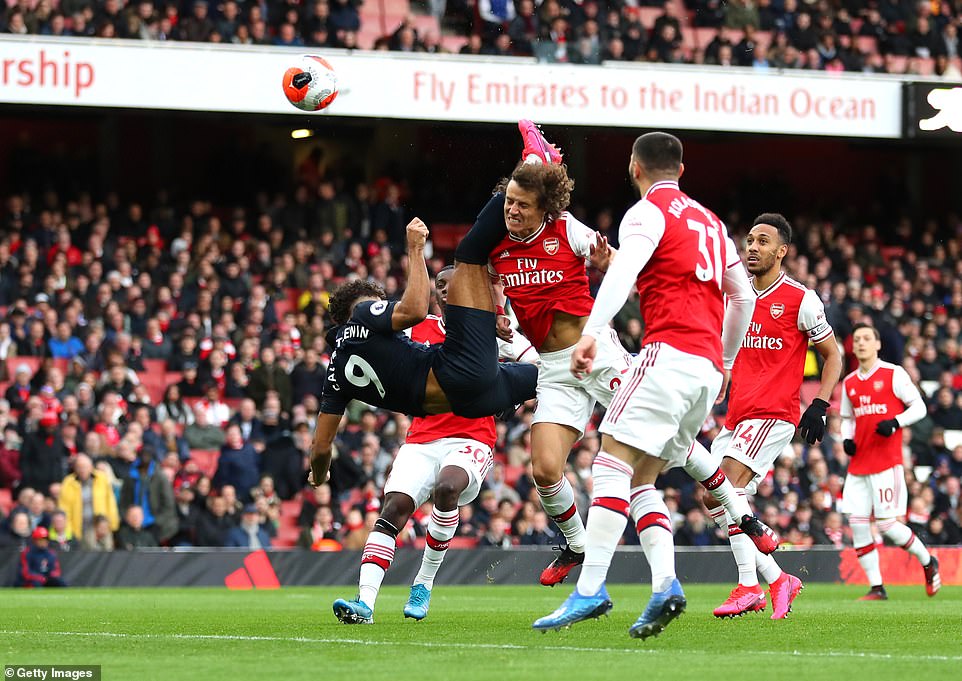 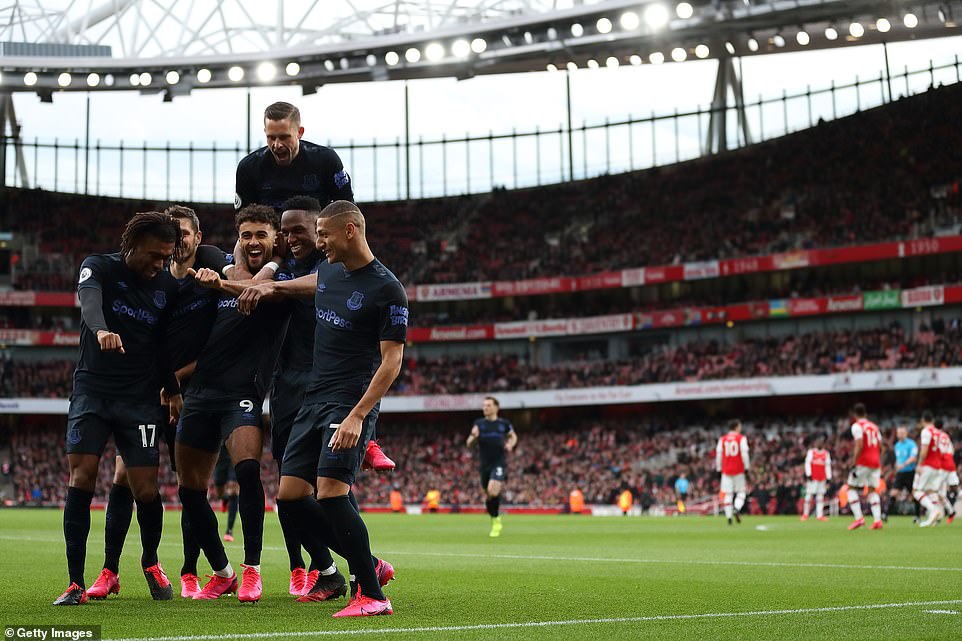 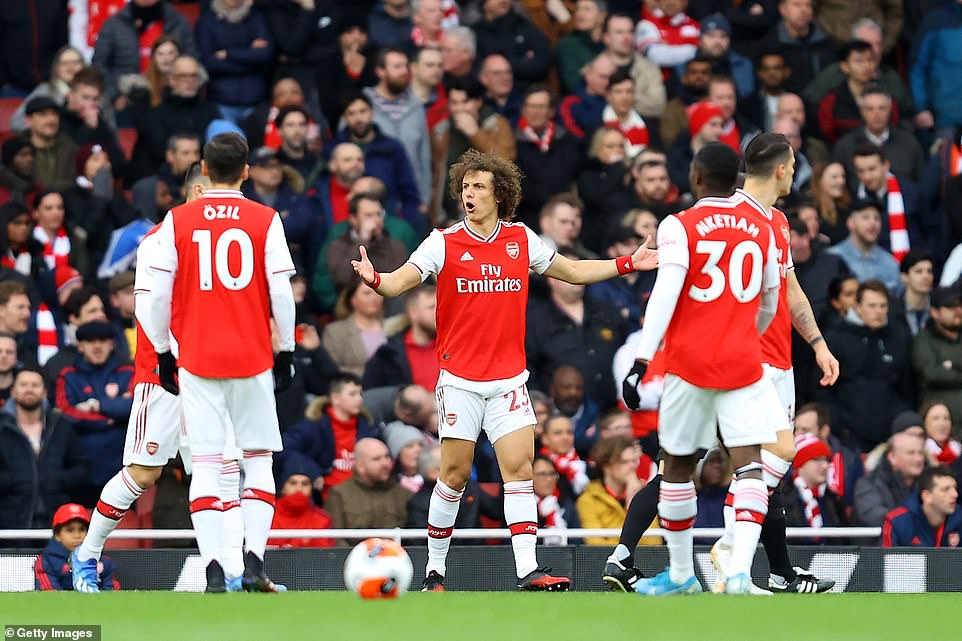 Strikers, though, can only do so much and when a team defends as Everton did for long spells, the goals of their forwards alone will not be enough. From having the perfect platform to attack, Arsenal were allowed to recover their poise and then wreak havoc.

The avenue to success came down Everton’s right hand side. Time and again, Arsenal began threading balls inside Djibril Sidibe and, sure enough, it eventuallty returned a profit as parity arrived in the 27th minute, when Eddie Nketiah converted a glorious cross from Bukayo Saka.

Saka, such an exciting young prospect, had only been introduced after Saed Kolasinac suffered a serious shoulder injury but his pace, skill and agility gave Alex Iwobi and Sidibe all kinds of problems; when you added Aubameyang into the equation, it left Everton wrapped up in knots.

Aubameyang has the gear of a six-furlong sprinter and he galloped away from the increasingly bewildered Sibide and Yerry Mina to bend a wonderful finish beyond Jordan Pickford and leave his manager roaring “Vamos!” on the touchlines in delight. 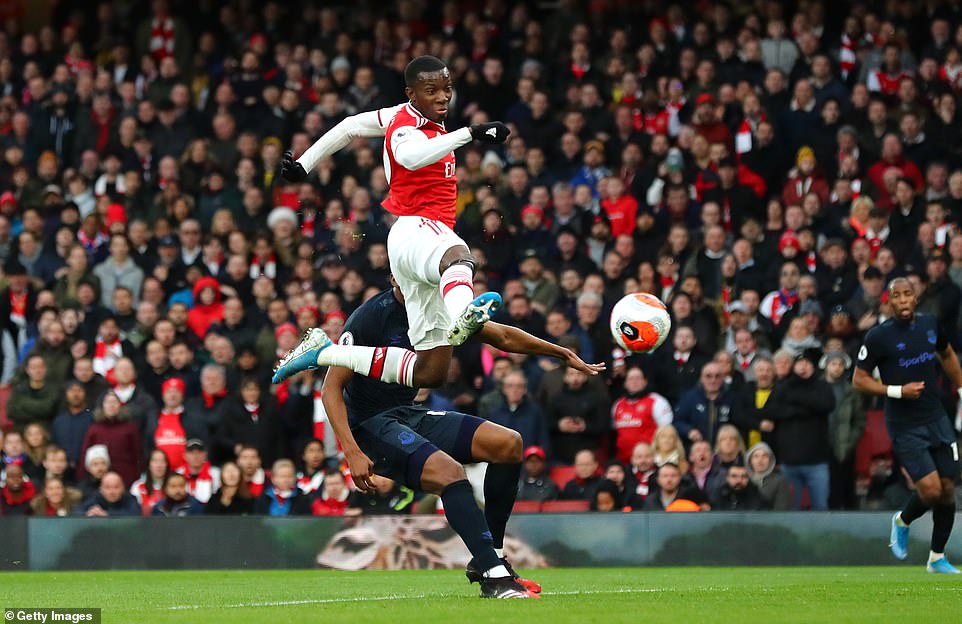 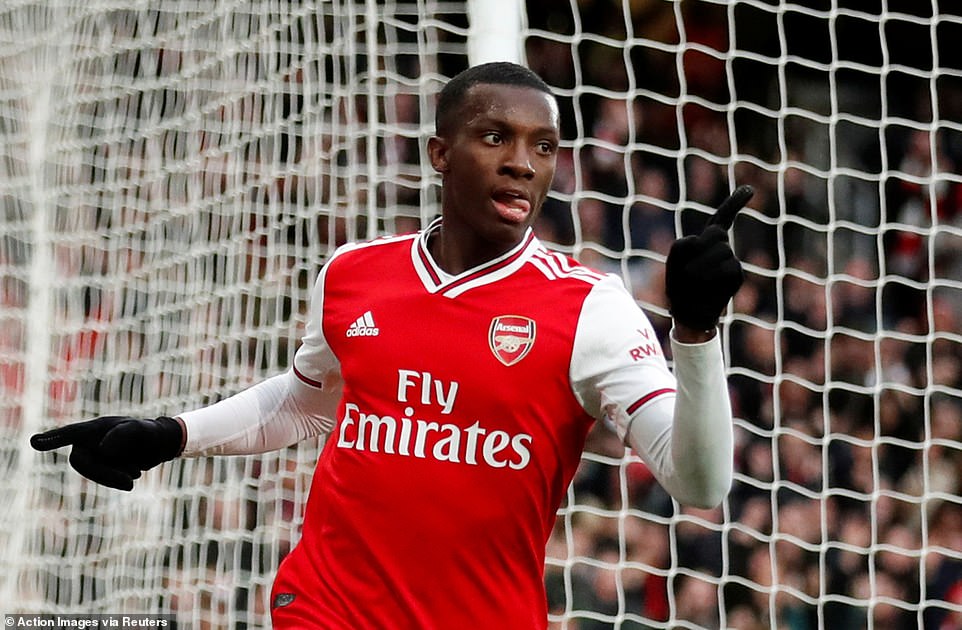 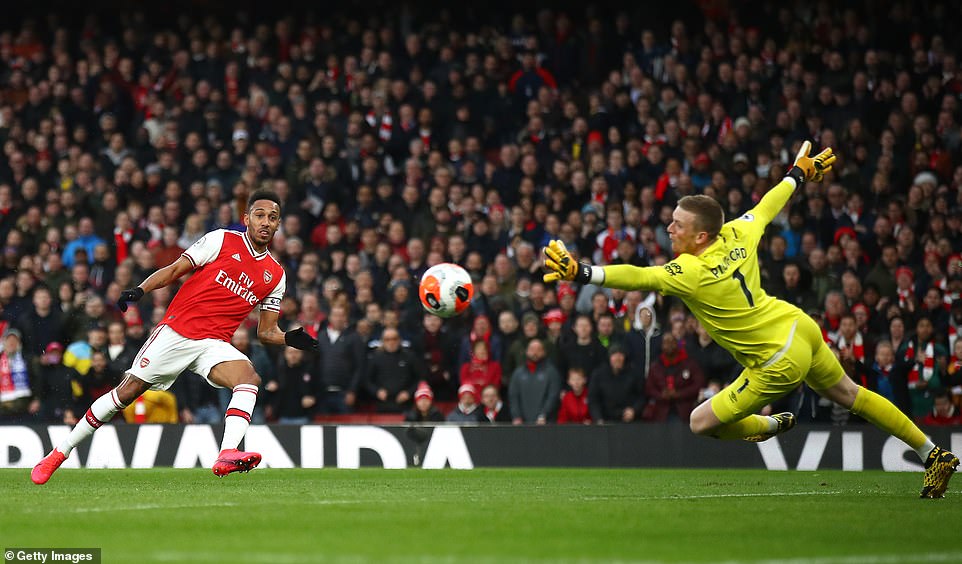 Ancelotti cut a completely different figure. He dropped his head and winced after the goal but there was another episode, a moment later, that spoke volumes – he turned to his bench, with his mouth open and incredulity written all over his face. No words were spoken. None were needed.

Arsenal, in days gone by, would have put their foot on the gas and zoomed into the horizon with such an advantage but the team Arteta has inherited have deficiencies and nobody in the stadium believed the third goal would be the last of the afternoon.

So it proved. Richarlison, who had been booked for crashing into Dani Ceballos, bookended the first half with a goal that owed as much to the fallibility of Leno as it did his own scoring prowess. Credit to the Brazilian for pouncing on Mina’s header but the handling of Arsenal’s keeper was wretched. 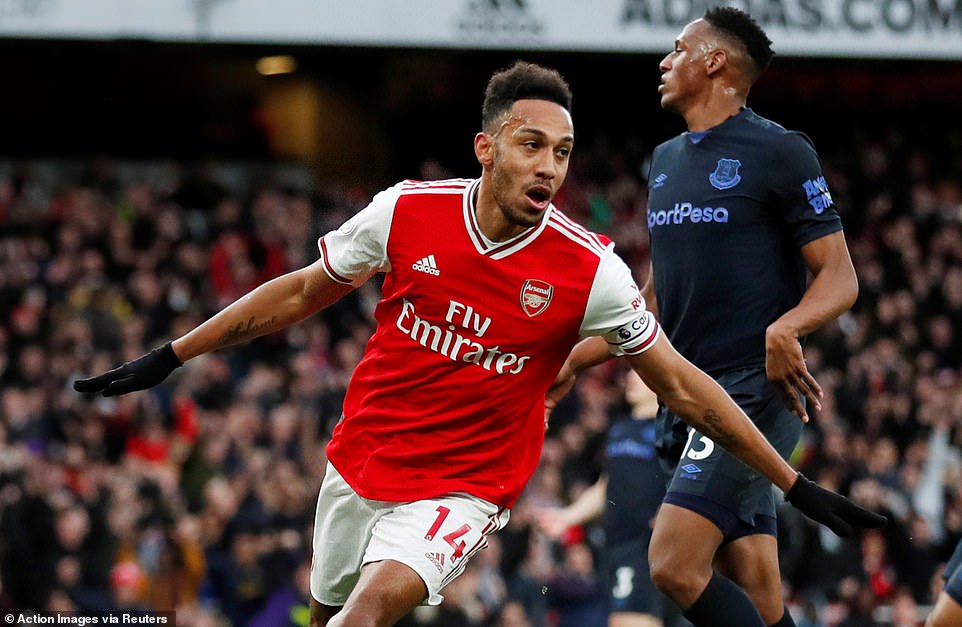 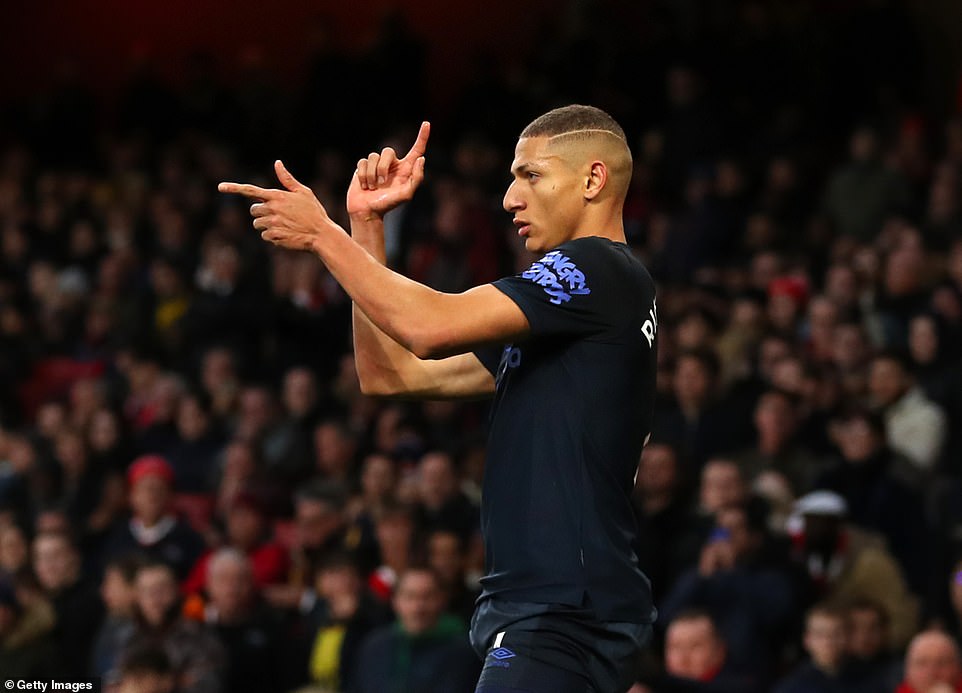 Leno would later make amends, when he dashed out of his area to perform a sliding tackle on Richarlison as Everton attempted to counter, and how Ancelotti would have wished his defenders had followed suit after they gave the game away.

Within a minute of the restart, Aubameyang helped himself to his second when steering Nicolas Pepe’s cross beyond Pickford., once again taking advantage of lax marking from Sidibe. It would be wrong to make the French right-back wholly accountable, as Pepe had too much time to centre.

It was one rick too many. Though Arsenal struck the bar with a thumping Nketiah drive, Everton finished with a rattle – especially after Andre Gomes made his return – and Calvert-Lewin thought he had equalised with a glancing header but, agonisingly, it bounced centimetres wide. So near, so very far. 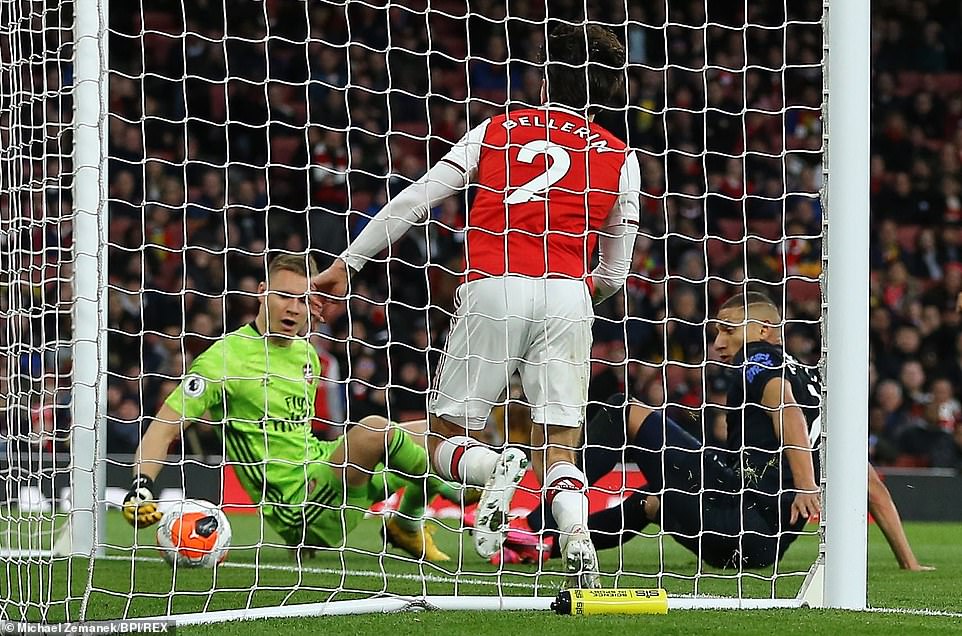 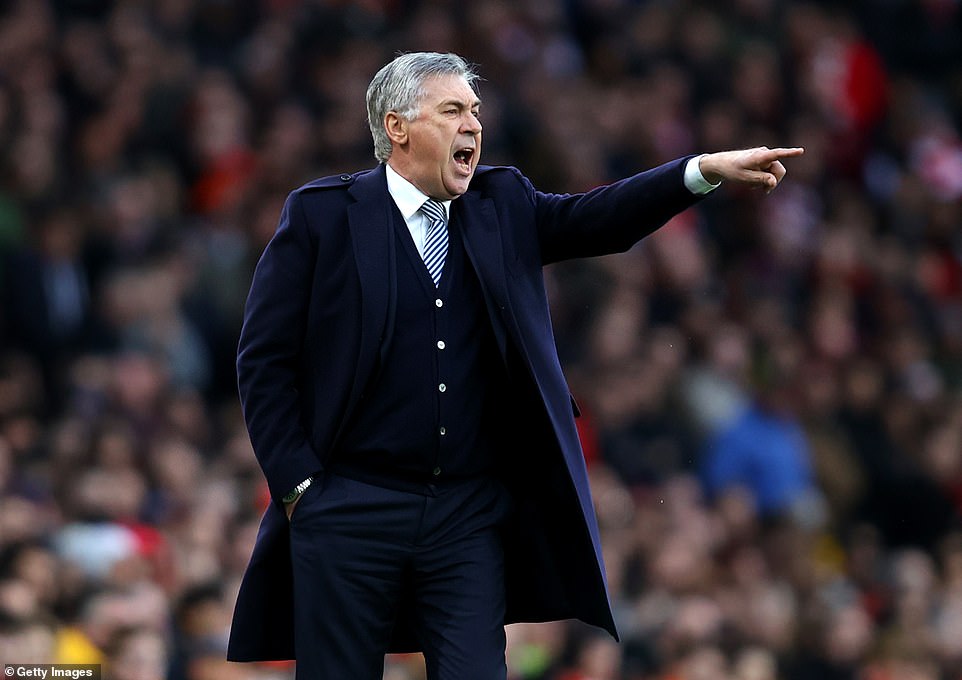